Where can I buy rolling tobacco in Chiang Rai?

There is one place in Chiang Rai which sells rolling tobacco and rolling papers. It’s a beer and wine shop near to Chiang Rai Bus Terminal 1 which is in the centre of Chiang Rai town. The shop is on a side road leading directly off the main road in Chiang Rai town (the Phaholyothin Road) to the bus terminal. The shop is 150 metres walking distancefrom Chiang Rai Bus Terminal 1. If you are coming from the Phaholyothin Road the shop is on your right. The shop front has a large red sign with gold writing as well as a sign below which says ‘Rolling Tobacco’. See the map below for more information about the location. 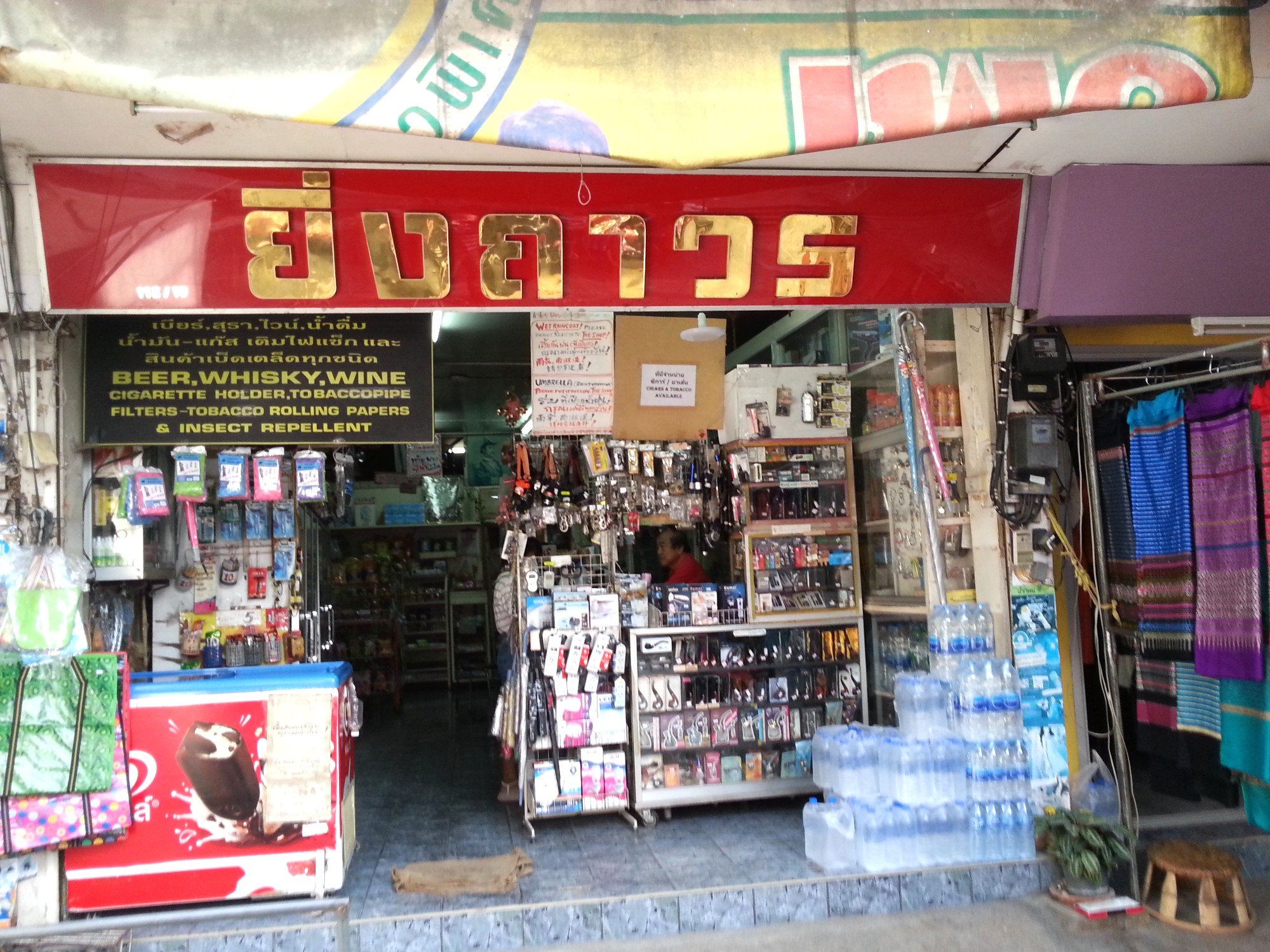 Location of the Tobacco Shop in Chiang Rai

Next read about Travel from Luang Prabang to Chiang Rai