Wat Saket is the Temple of the Golden Mount located on the edge of the historic Rattanakosin Island area of Bangkok. 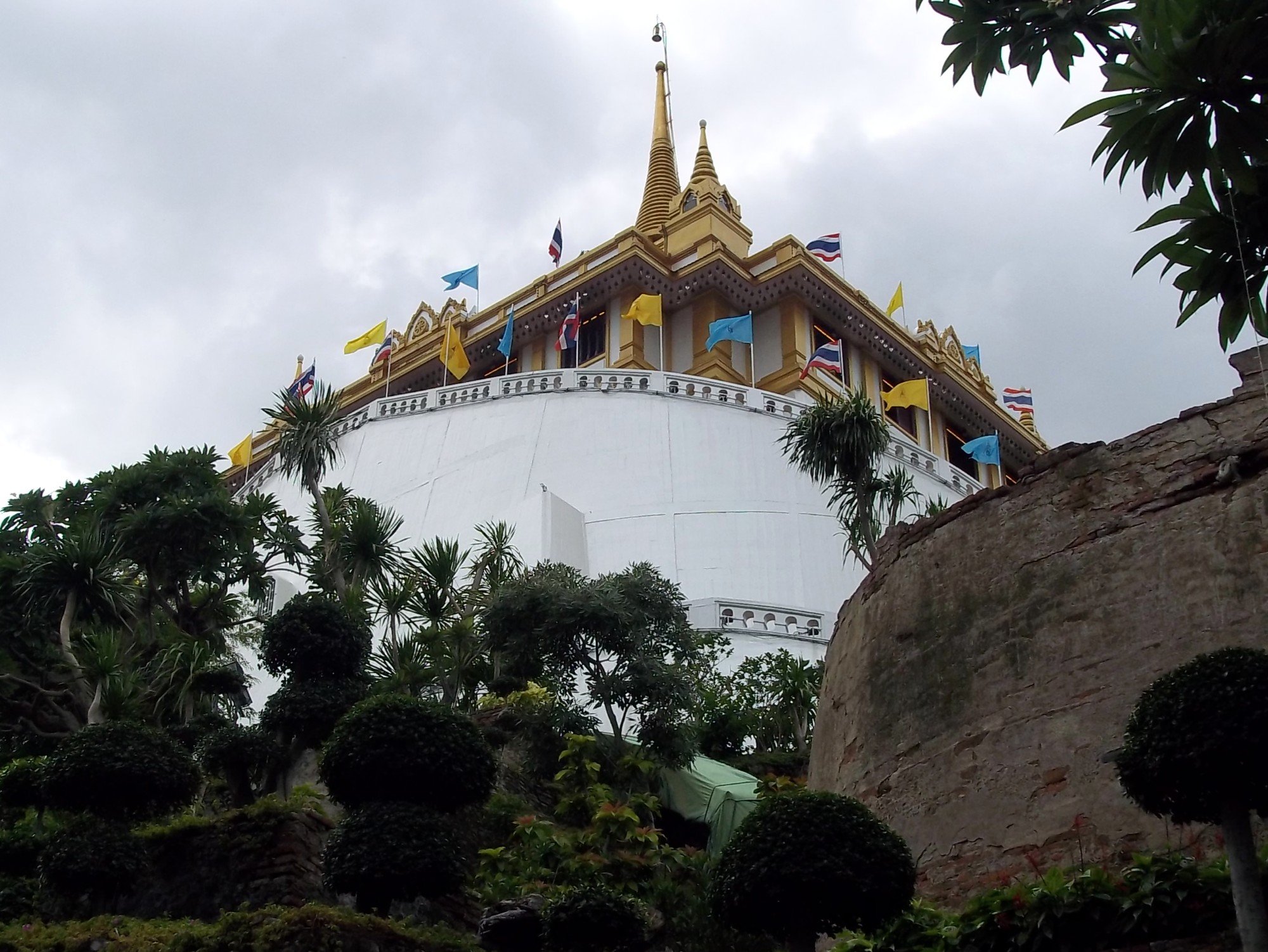 Wat Saket, originally known as Wat Sakae, was founded during the period of the Ayutthaya Kingdom, which existed from 1350 to 1767. 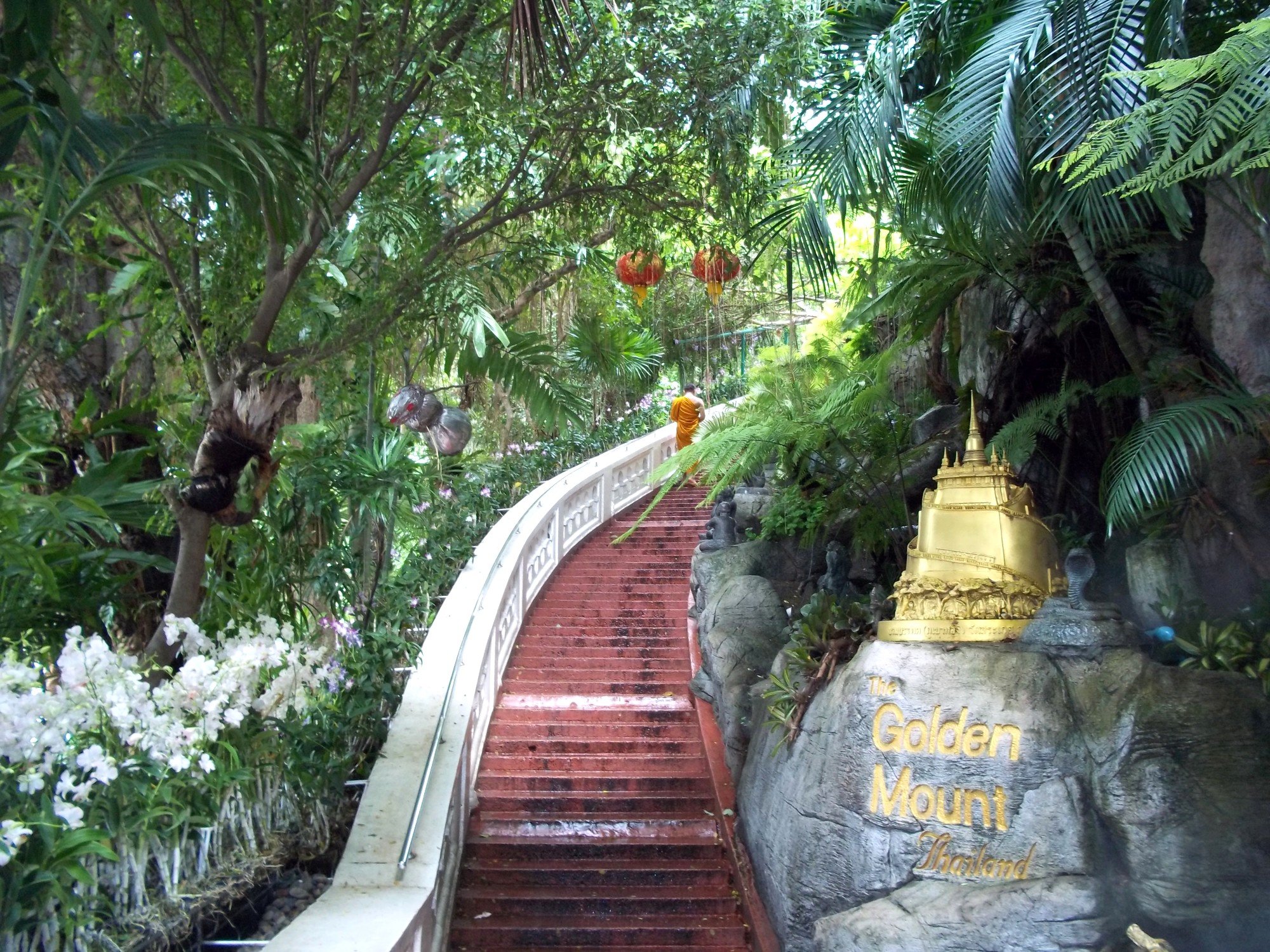 Stairs to the Golden Mount at Wat Saket

Wat Sakae was restored by King Rama 1 who became the first King of Siam in 1782 and established new capital in Bangkok. Following the restoration work the name of the temple was changed to Wat Saket Ratcha Wora Maha Wihan. 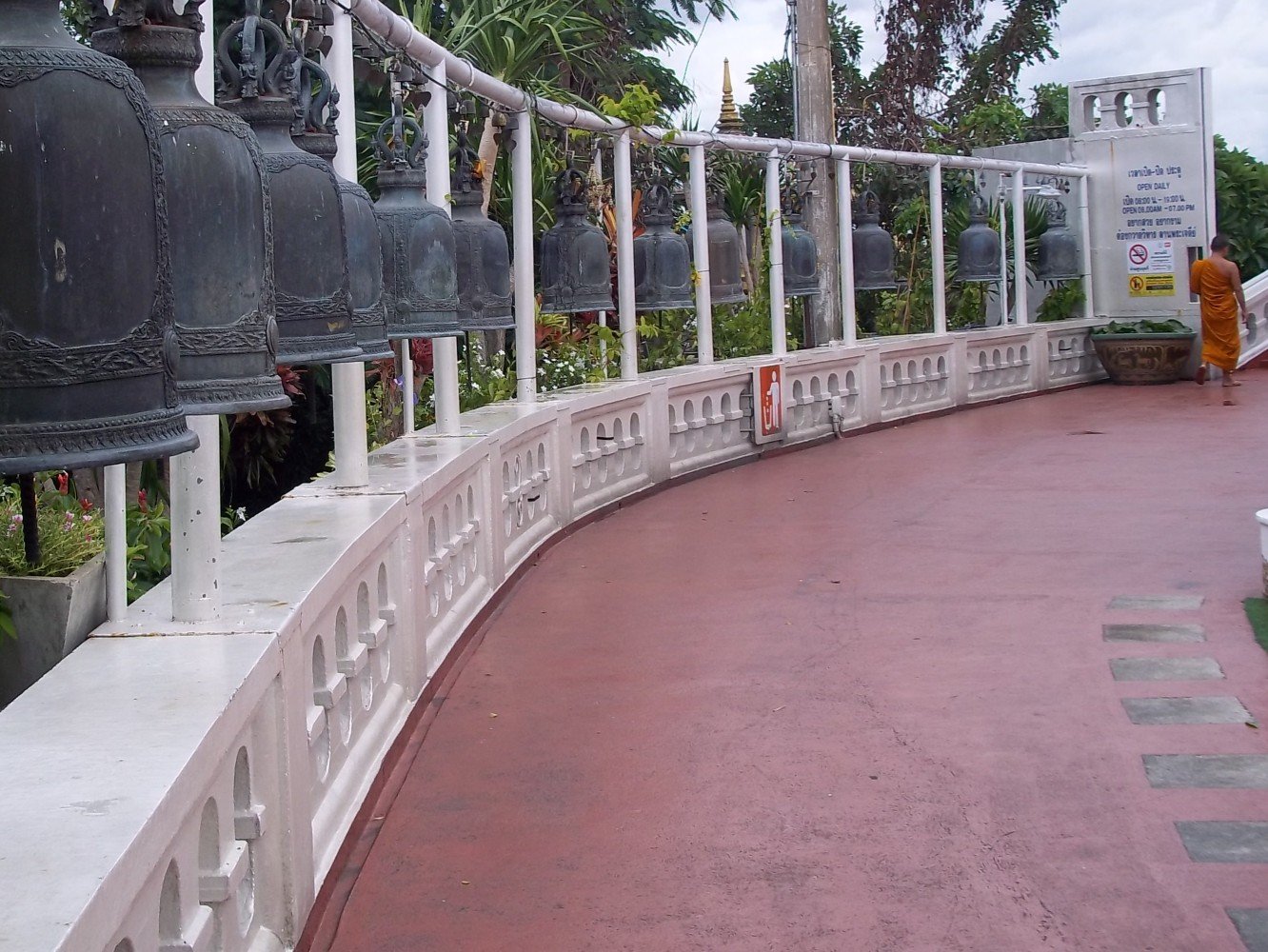 The most famous feature of Wat Saket Ratcha Wora Maha Wihan, or Wat Saket as it is commonly referred to, was created by accident as a by-product of some poor structural engineering work. King Rama III had attempted to build a very large chedi tower which collapsed due to the weakness of the foundations. The water logged ground at Wat Saket could not support the massive structure. 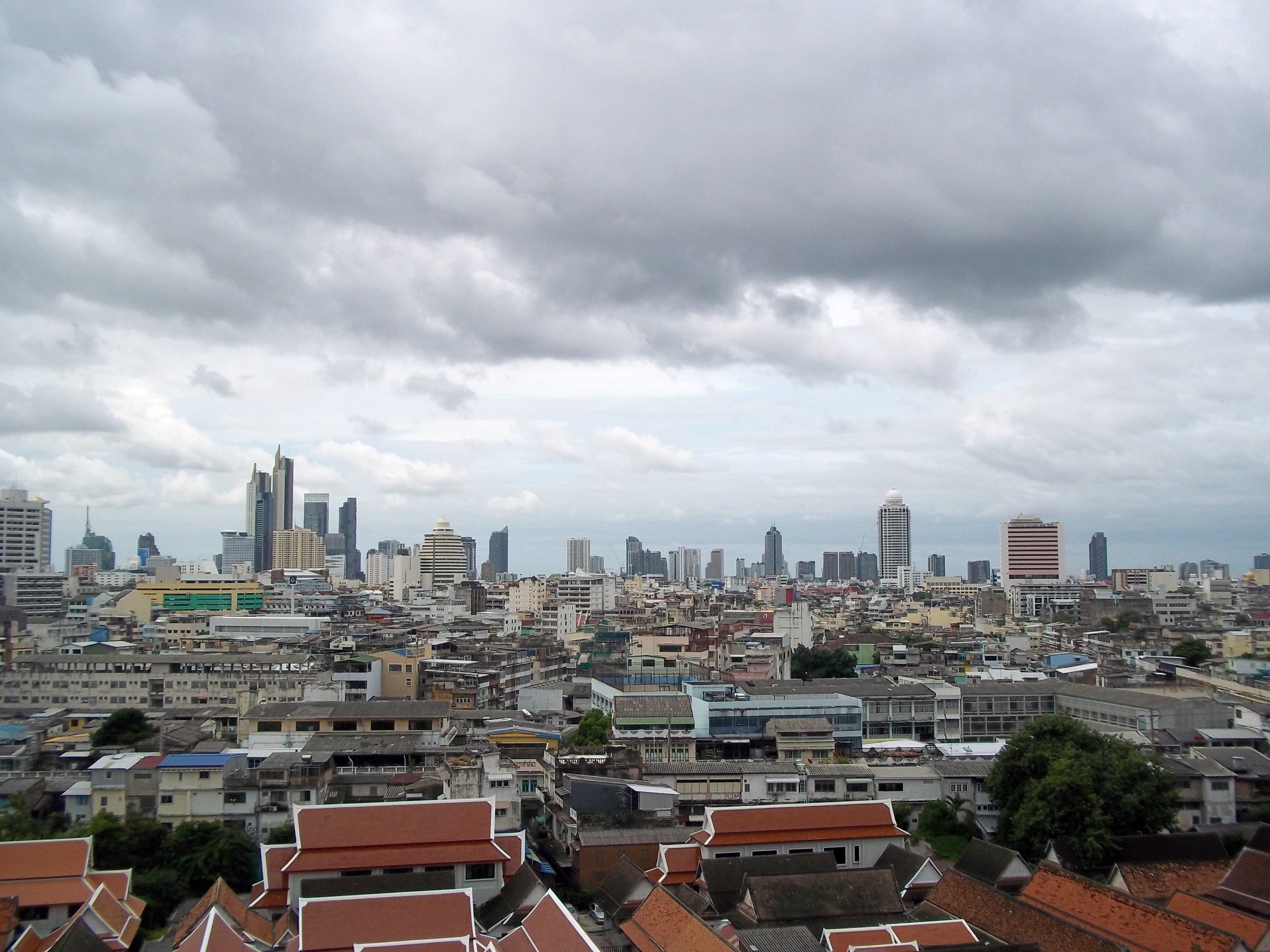 View over Bangkok from Wat Saket

The earth and stone used in the failed construction of the giant chedi settled and plants grew on top forming Phu Khao Tong, the Golden Mountain, which stood out as the rest of the surrounding area is completely flat. 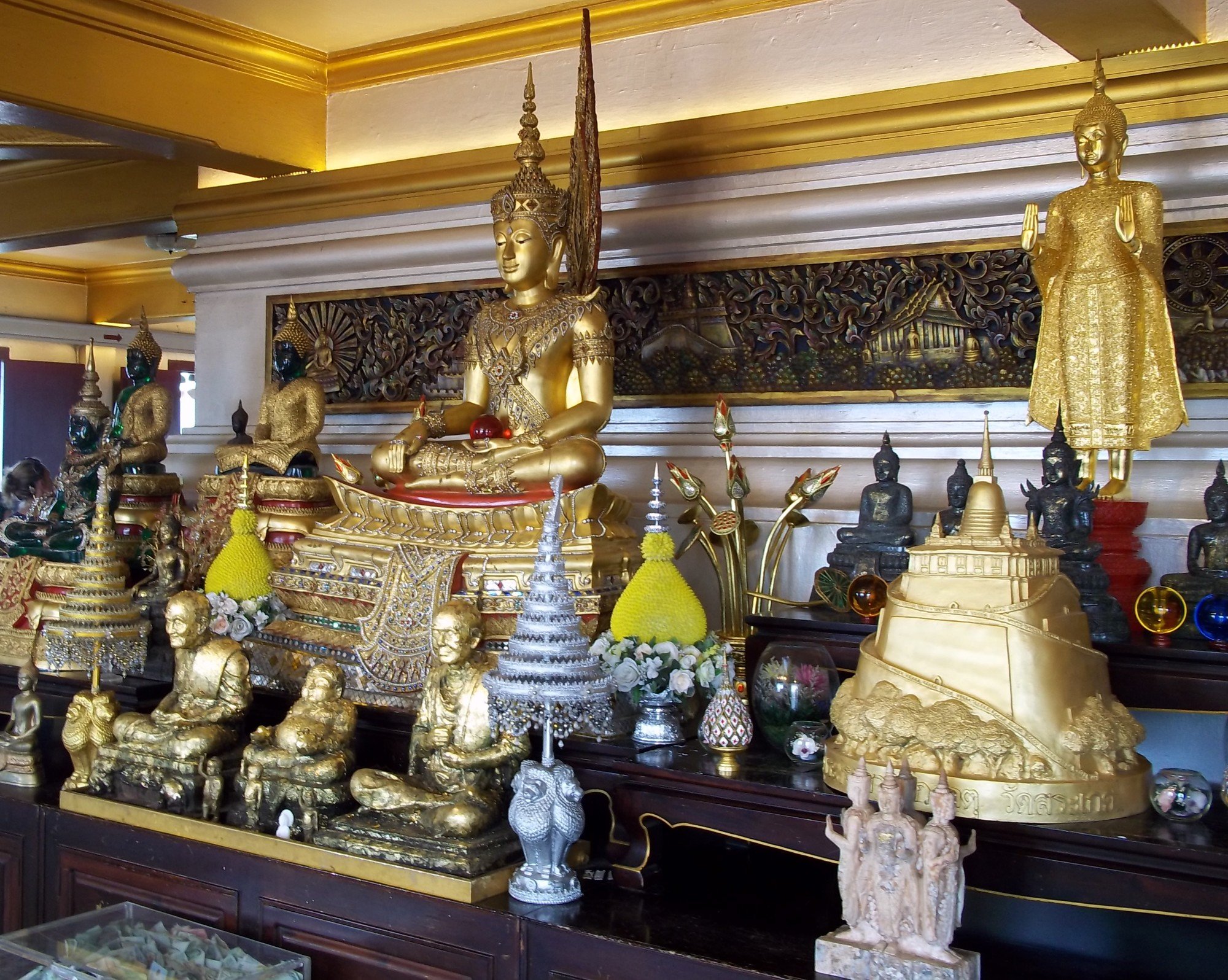 King Rama IV decided to make this new hill a permanent feature reinforcing the sides with timber. King Rama V added to the hill again by building a smaller golden chedi on top in which Buddha relics were enshrined making the site an important religious centre. 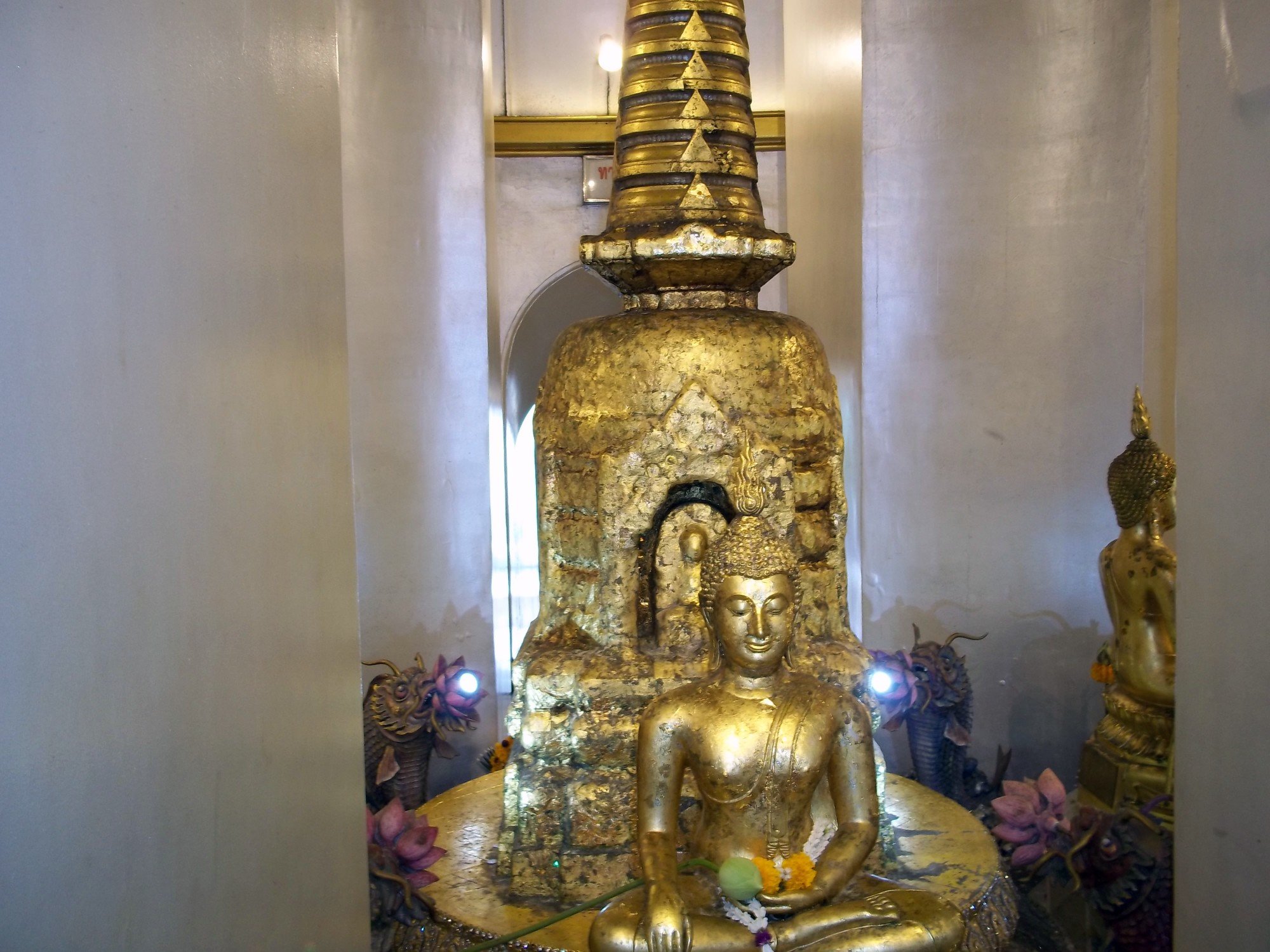 Shrine on the Golden Mount at Wat Saket

Further work was carried out to the Golden Mount in the 1940s further reinforcing the sides with concrete and creating a staircase which spirals up the side of the hill. Visitors to Wat Saket can reach the top of the Golden Mount by walking up 318 steps. The height of the hill is just under 80 metres making it the highest point in the area with panoramic view over Bangkok. At the top of the hill is a shrine hall which visitors can enter and on top of that is the golden chedi.

Next see Travel from Bangkok to to Kood 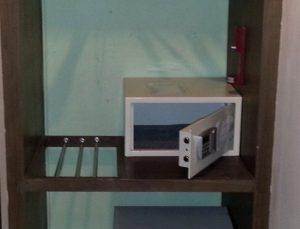