Wat Pratu Pong is a beautiful Lanna style temple located on the northern side of the Wang River in Lampang, Northern Thailand. 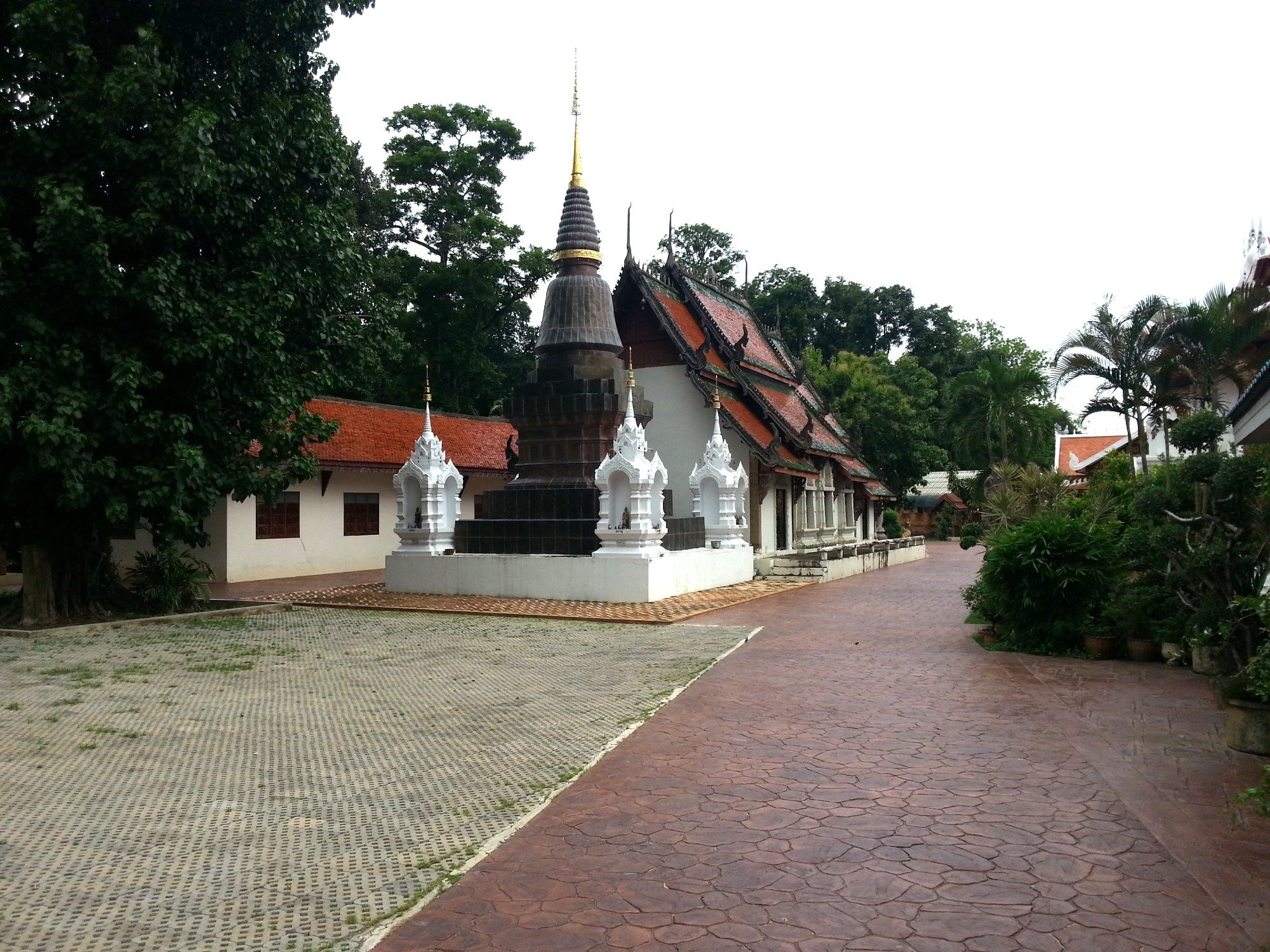 Wat Pratu Pong open to visitors from 07:00 to 18:00 everyday and admission is free although public access to the inside of the ordination hall is only granted from 08:00 to 15:00 on Saturdays and Sundays.

Wat Pratu Pong is believed to have been founded in 1577 in area where the ancient fortified town of Khelang Nakhon was once located. Khelang Nakhon was established in the 7th Century occupying an area of approximately 1 million square metres surrounded by an embankment topped with a brick wall. The settlement was moved in the early 14th Century to where modern day Lampang is located, which was itself fortified with a defensive wall and accessible by a number gates, including the Pong Gate after which the temple is named. 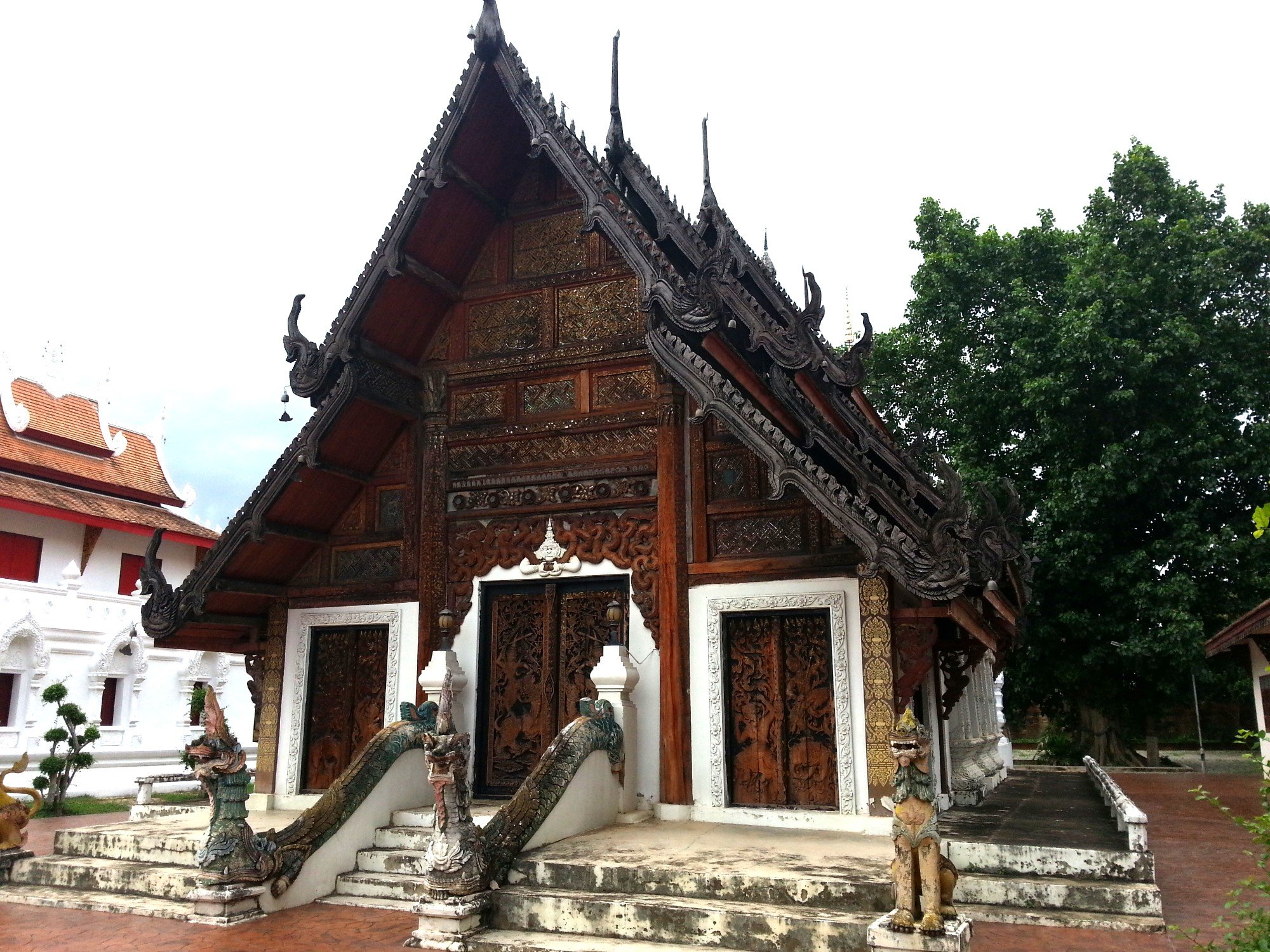 The main feature that attracts visitors to Wat Pratu Pong is the woodwork on the front of the prayer hall. The date of construction is not known for certain, most likely it was in the 19th Century. 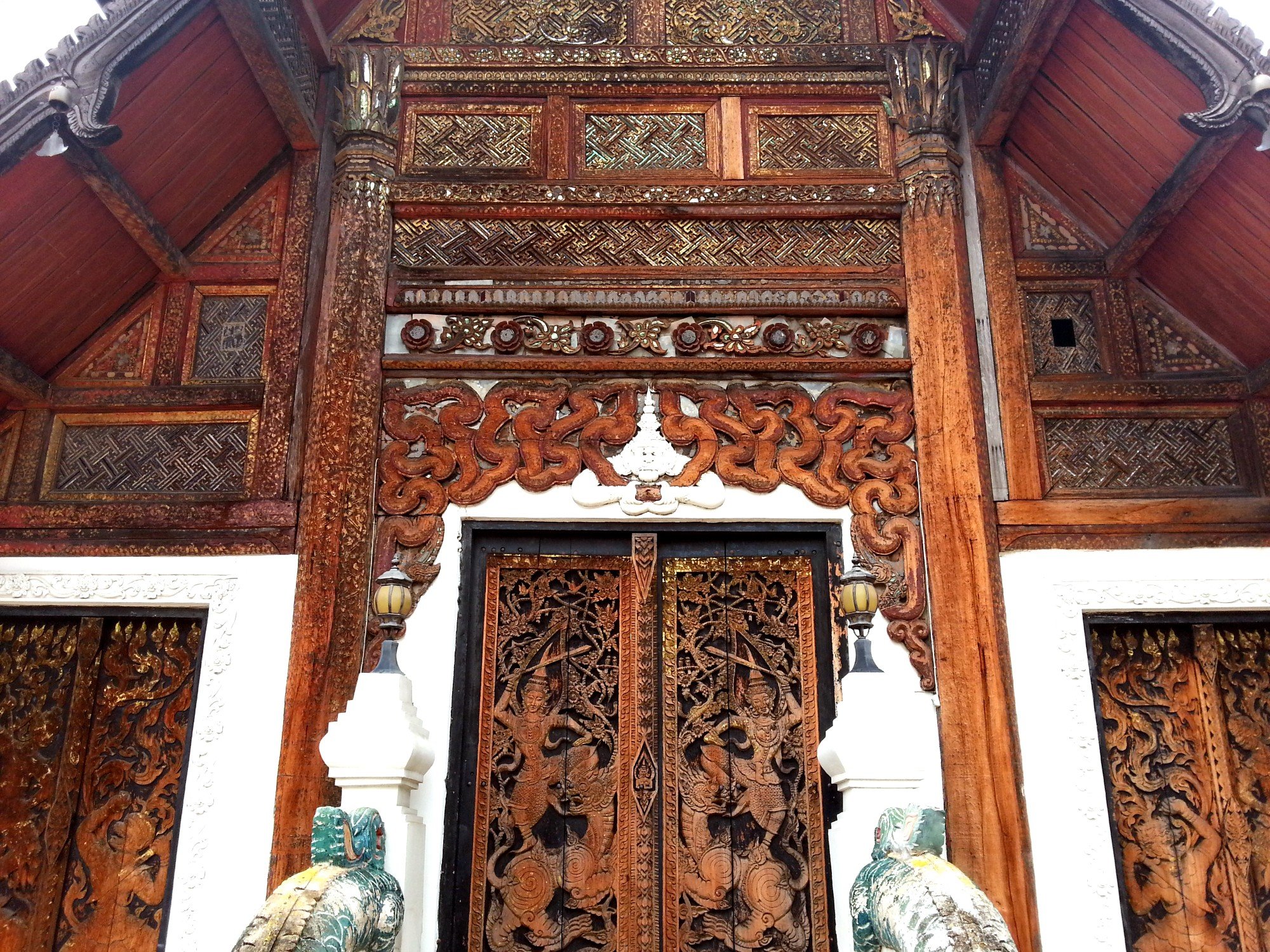 Front of the prayer hall at Wat Pratu Pong

The carved reliefs on the gable end and three door of the prayer hall at Wat Pratu Pong are widely considered to be the best of this type of temple artwork in Thailand. The wooden panels on the front feature symmetrical patterns and the door feature demons and other characters from the Ramakien, which is the Thai version of the Ramayana. 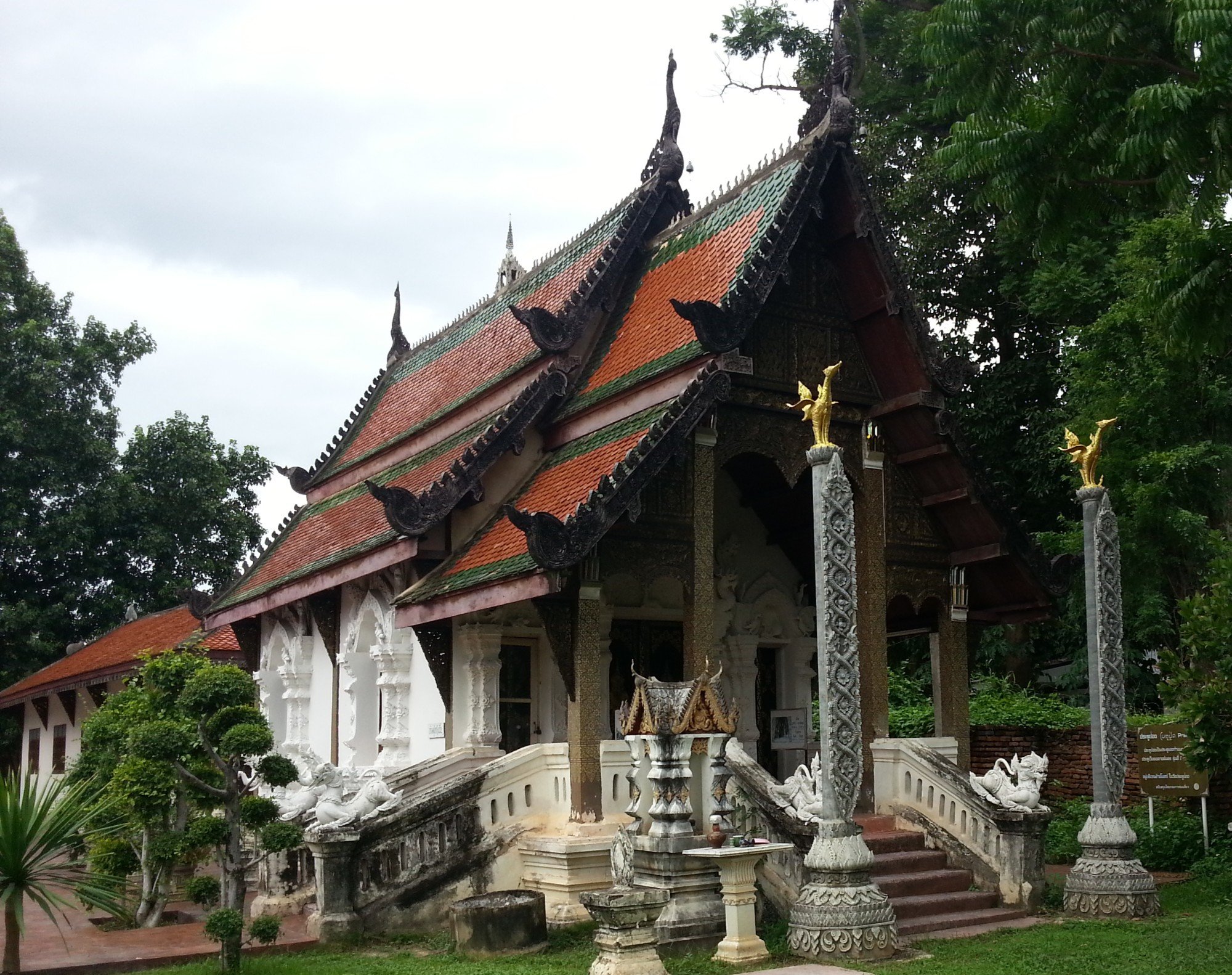 The other major building at Wat Pratu Pong is its ordination hall. 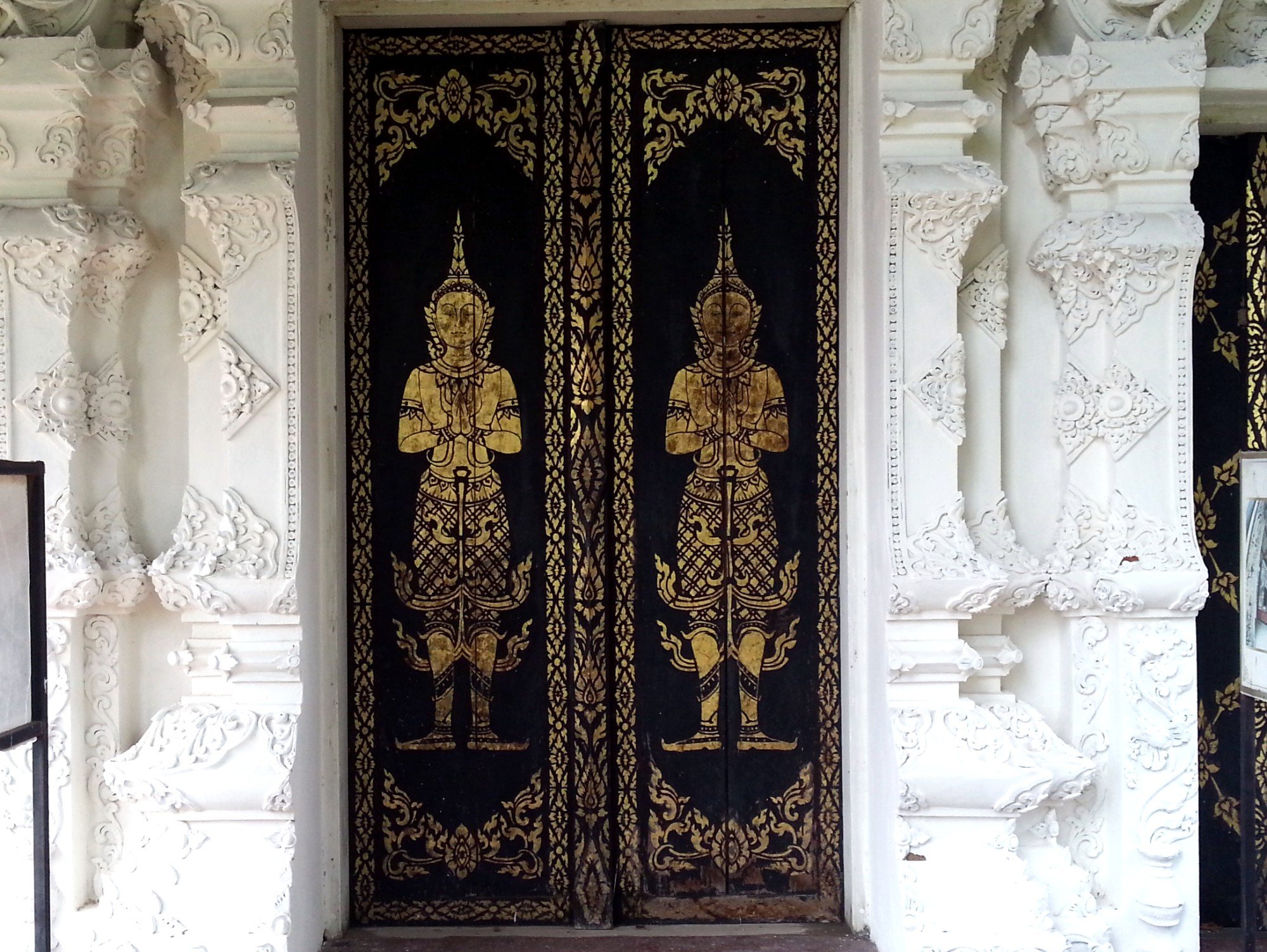 Entrance doors to the ordination hall at Wat Pratu Pong

In contrast to the prayer hall, the front of the ordination hall features designs in white stucco and black doors with gold stencil work. 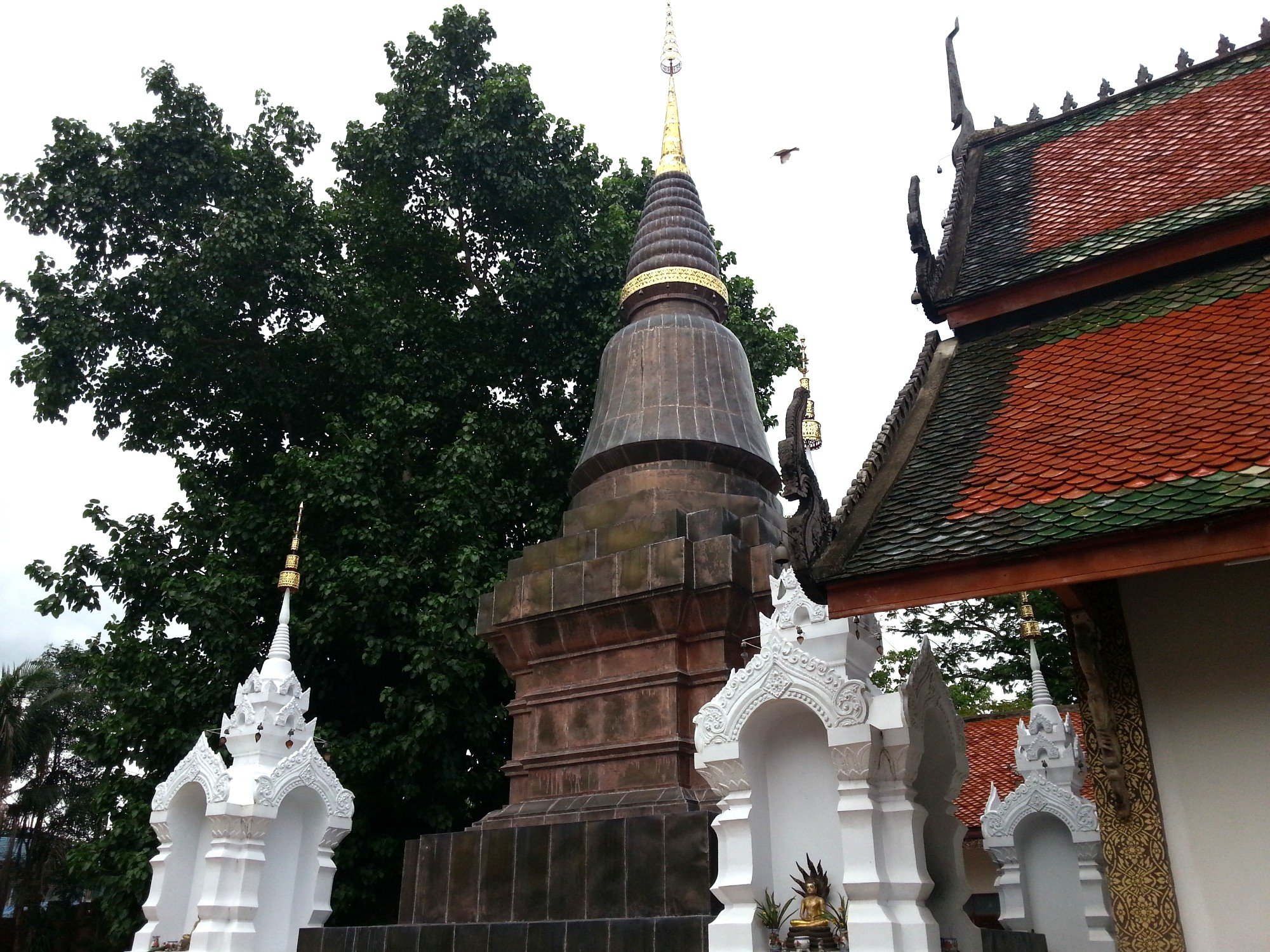 The chedi tower at Wat Pratu Pong is also unusual. The chedi is reminiscent of a Sri Lankan stupa but black with a tiled spire. 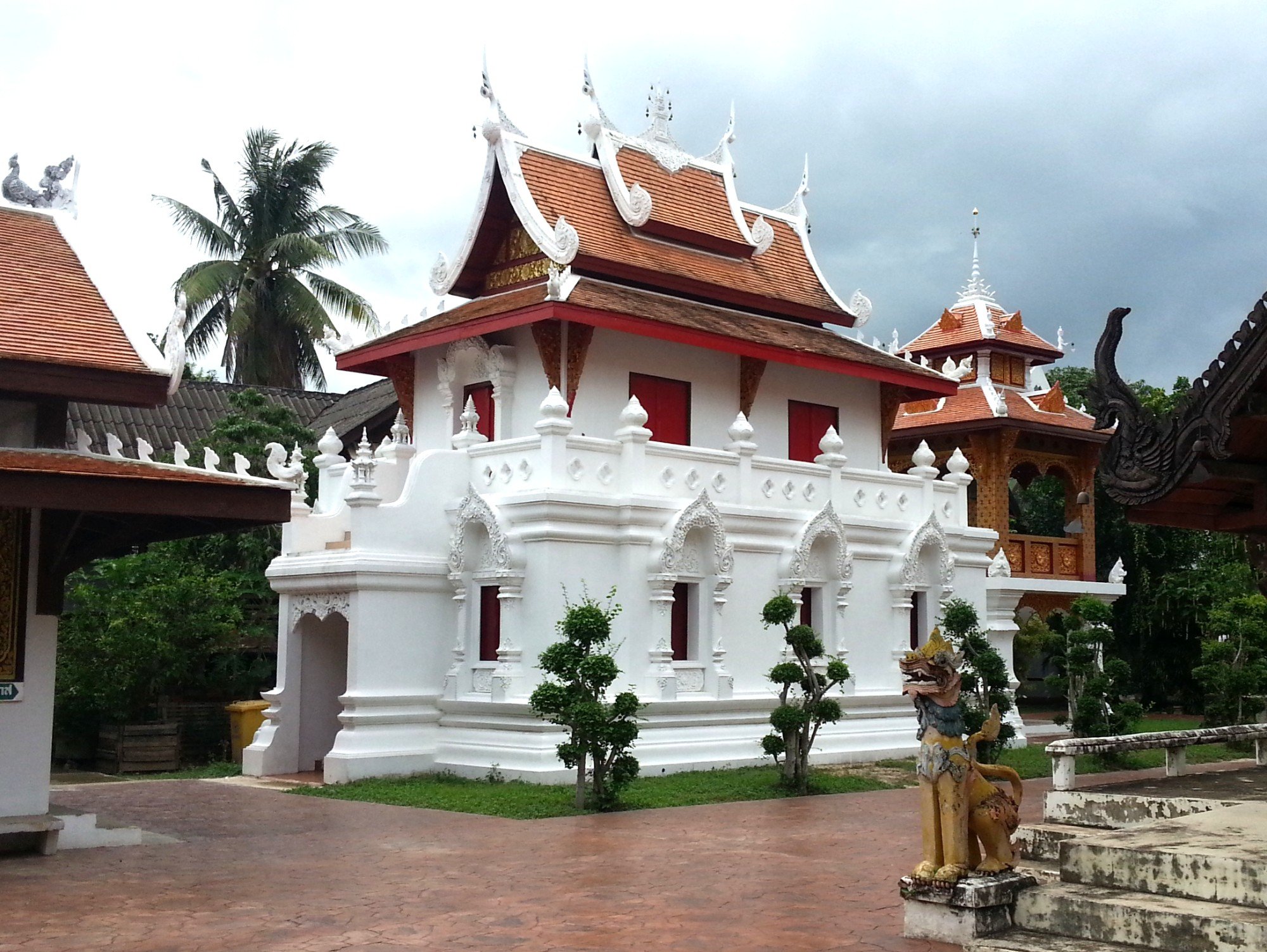 Wat Pratu Pong’s Ho Trai, or library containing the Tripitaka (Thereavada Buddhist holy scriptures written in Pali), is located on top of small hall presumably intended to be a study hall. This building is a modern interpretation of the classic style Lanna style of library you will find at other major Northern temples such as Wat Phra That Hariphunchai in Lamphun. 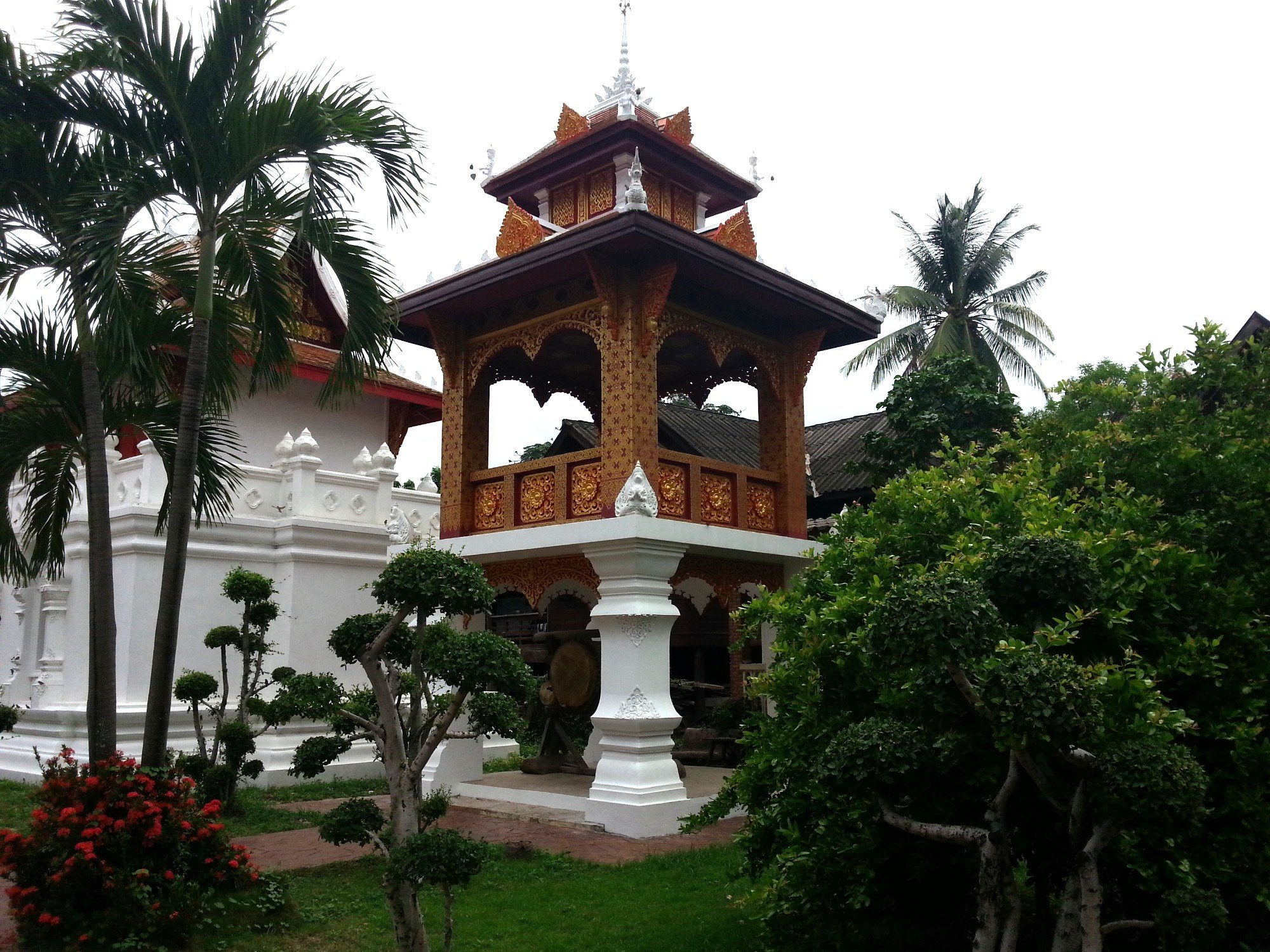 Next read about Street Art in Lampang