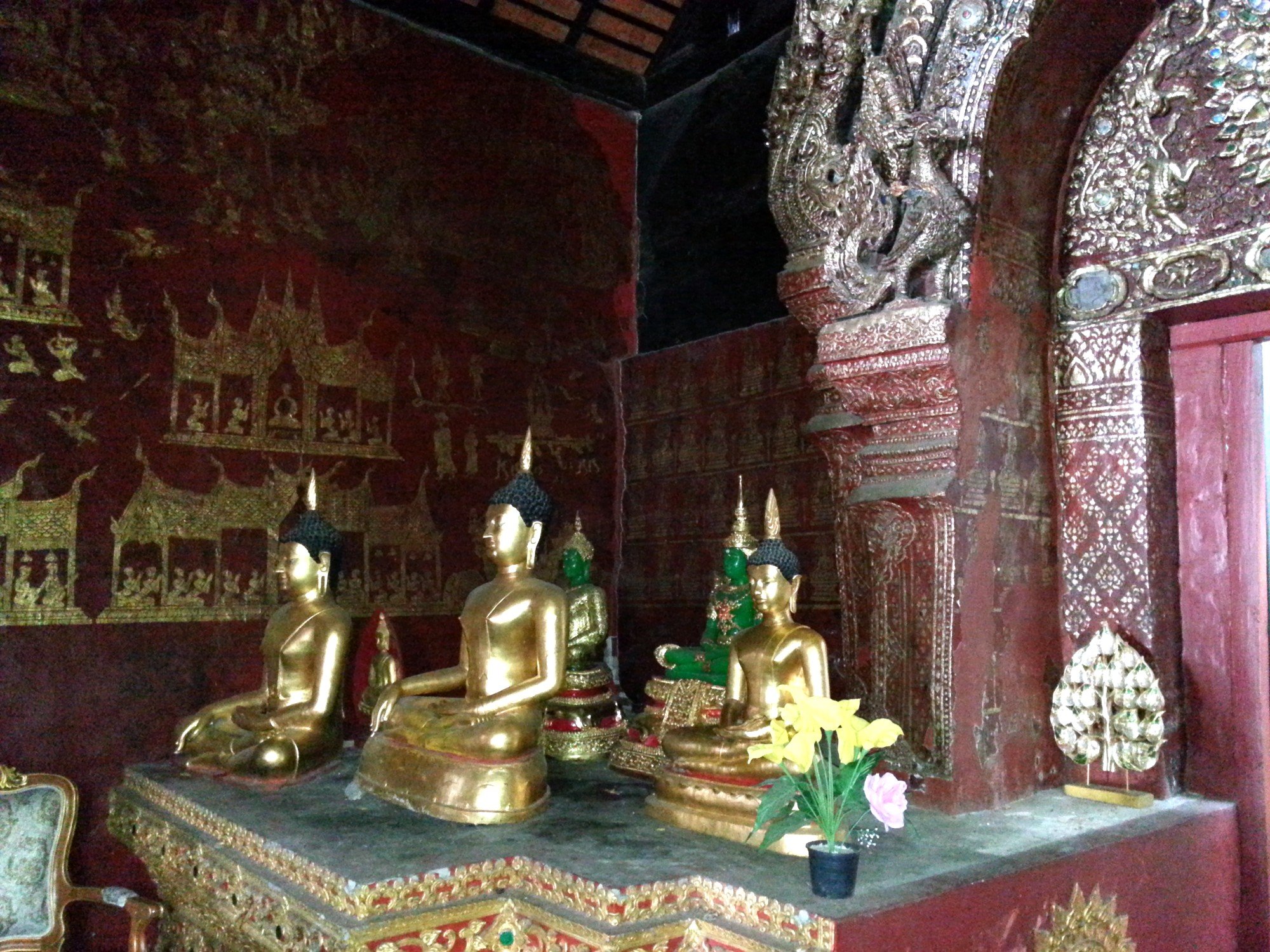 Whilst not as famous as nearby temples such as Wat Phra Singh and Wat Chedi Luang, Wat Prasat has some interesting and unique features that make this temple worth visiting on a tour of the Chiang Mai’s old town area. 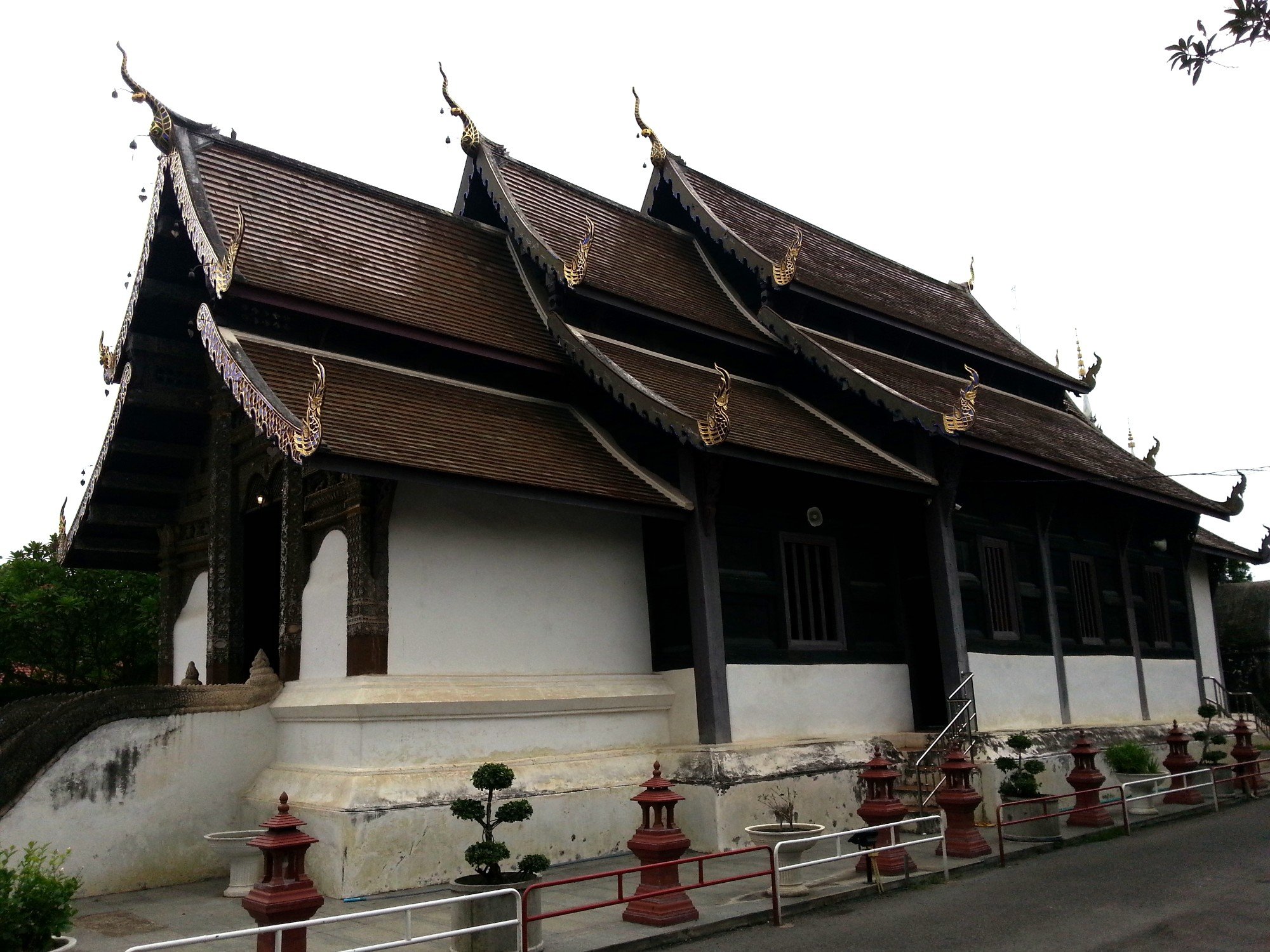 Wat Prasat consists of an assembly hall (viharn), an ordination hall (ubusot) and two chedi (towers) all in a row. 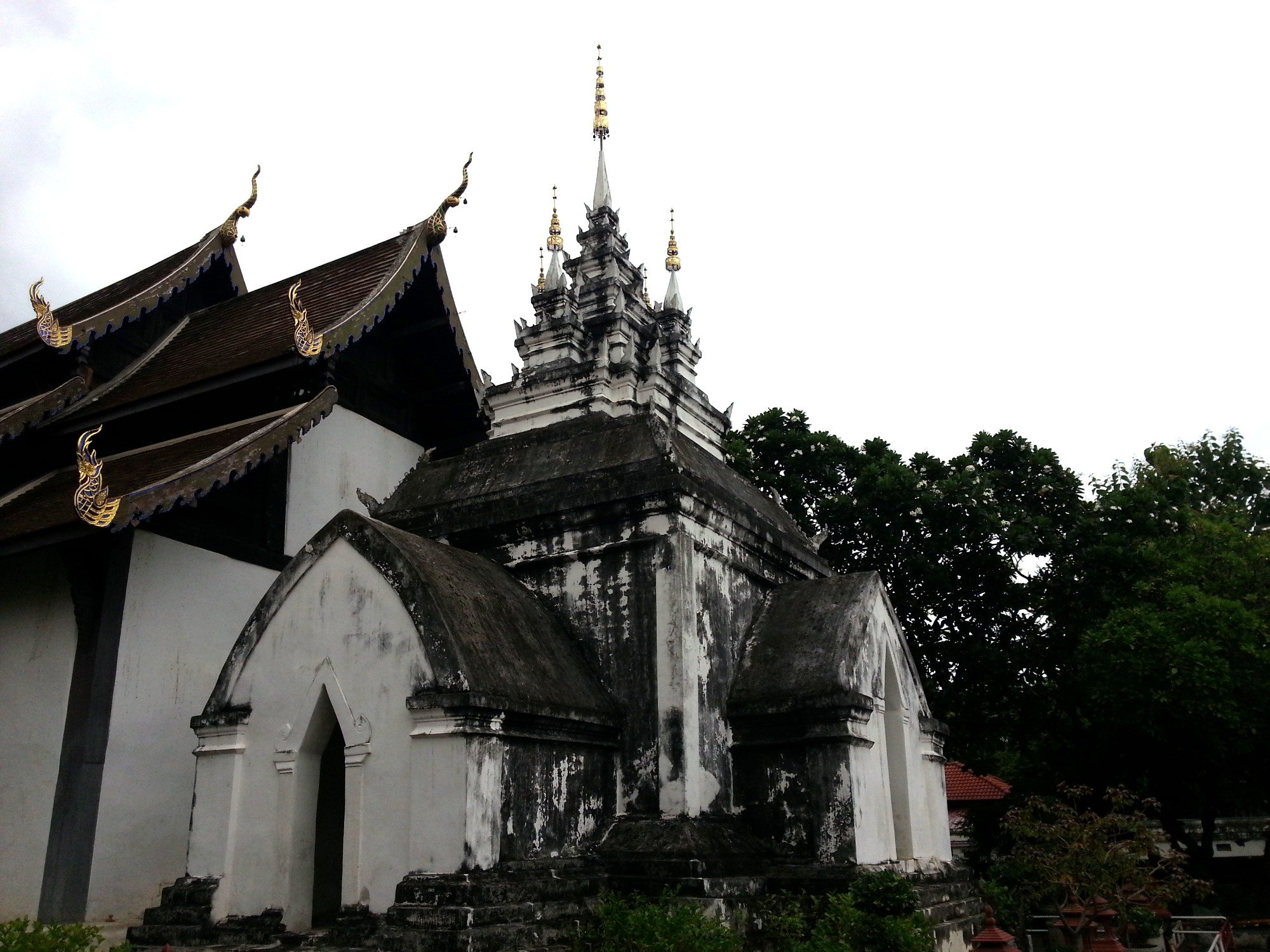 Chedi behind the Assembly Hall at Wat Prasat

Wat Prasat is believed to have been founded sometime in the 16th Century and historical documents suggest that it was one of the more important temples in Chiang Mai. The oldest building, however, is the assembly hall which was built in 1823. 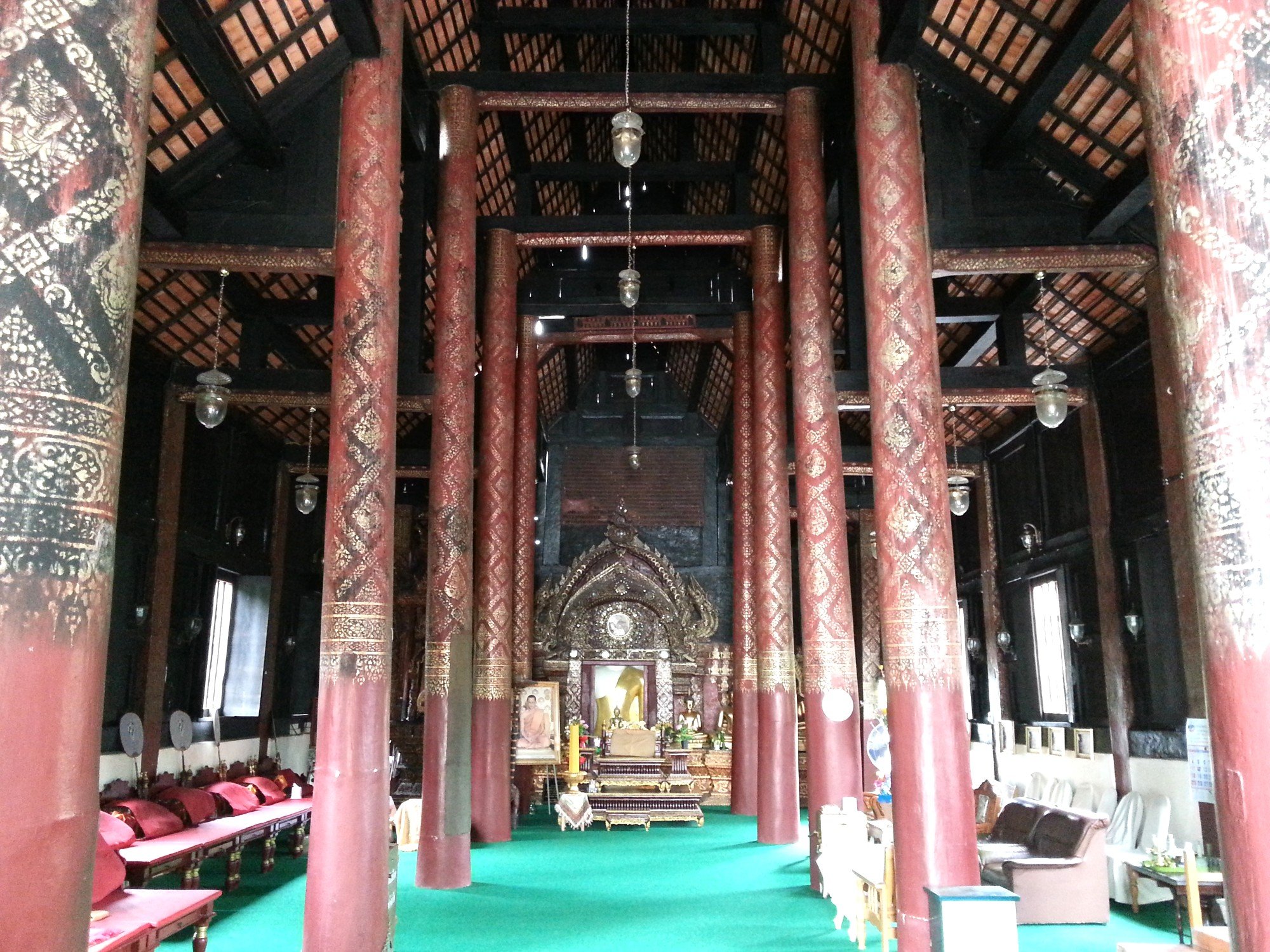 Inside the Assembly Hall at Wat Prasat

The assembly hall is also the most interesting building at Wat Prasat. The Assembly Hall has a classic Lanna design with a three tiered roof with mythical Garuda birds represented at the gable ends of each of the three tiers of the roof. The inside of the assembly hall also features a traditional Lanna design with thick wooden columns supporting the roof and decorated in gold and black reliefs on a red background. 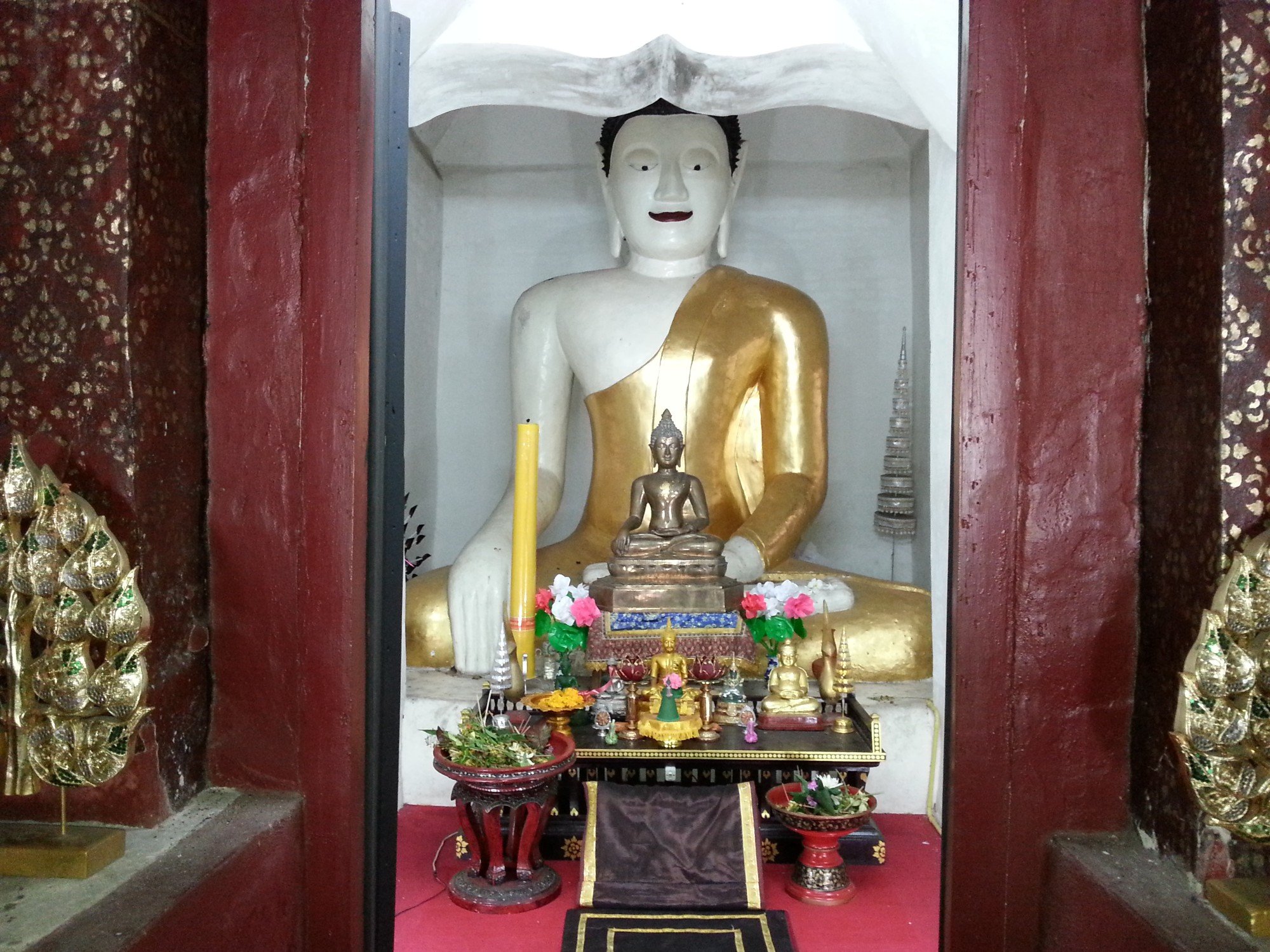 Buddha statue in the chedi at Wat Prasat

What is unusual about the assembly hall at Wat Prasat is that the main Buddha image is not on an altar at the far end of the hall, as is normal for Thai Buddhist temple, but located inside the adjacent chedi and connected to the inside of the assembly hall by a short tunnel. 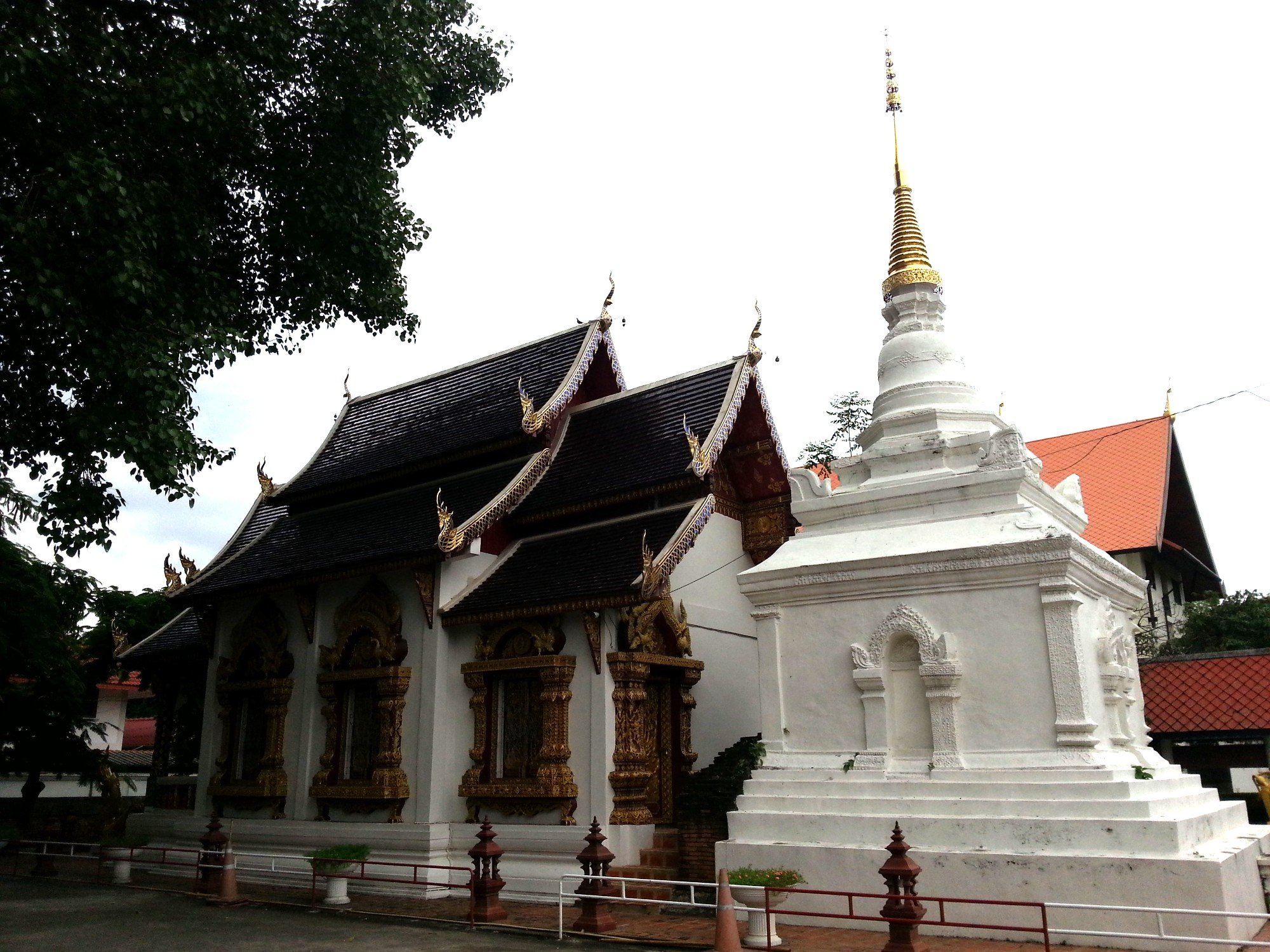 Behind the assembly hall at Wat Prasat is the ordination hall with another chedi topped by a gold spire and an umbrella ornament. 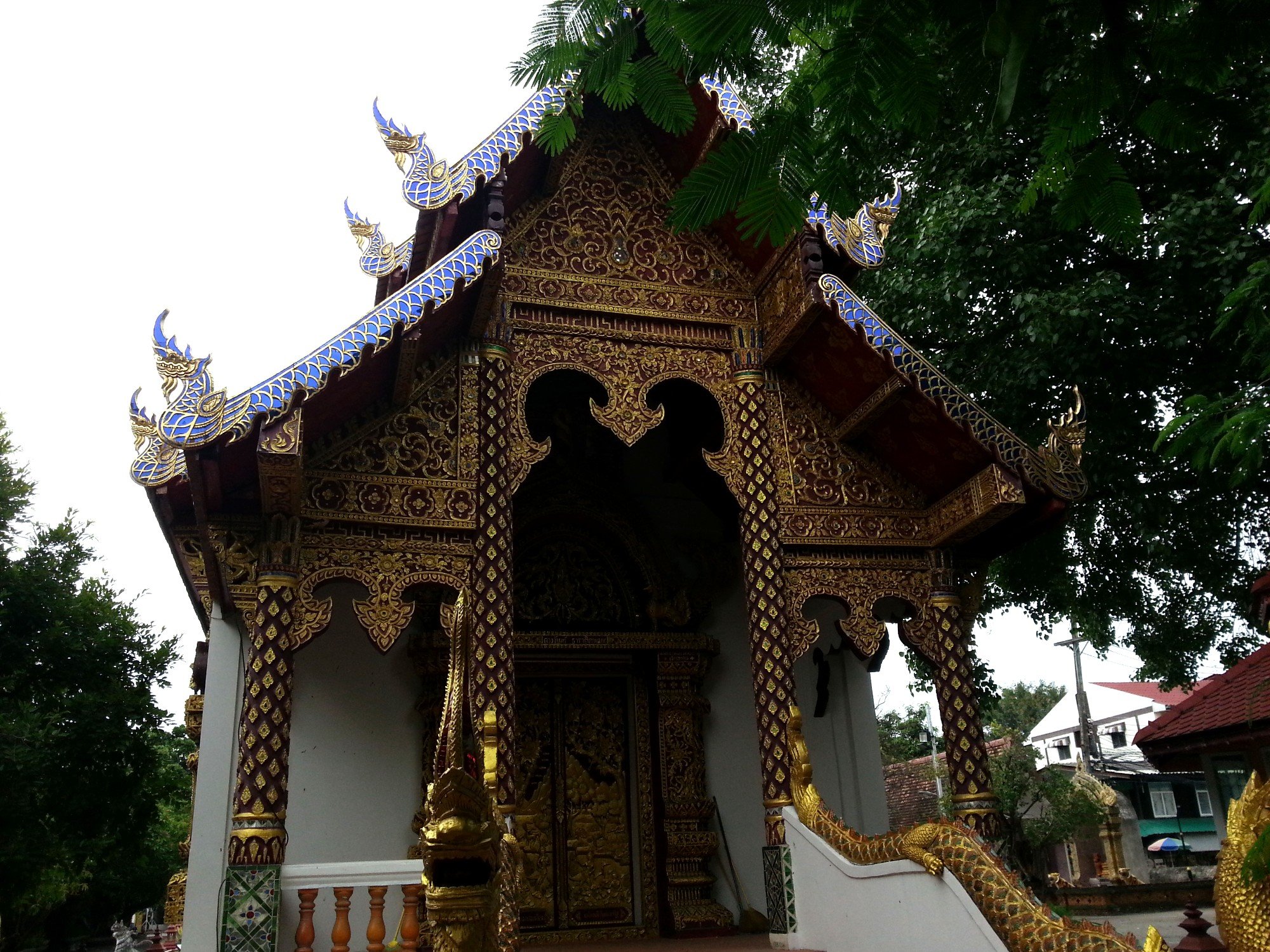 Front of the Ordination Hall at Wat Prasat

The ordination hall is a more recent building constructed in the early 20th Century. The hall is not open to the public but the front gable end of the building is beautifully decorated with gold relief on a black background and is a great work of art in its own right.

Next read about Travel from Chiang Mai to Kanchanaburi