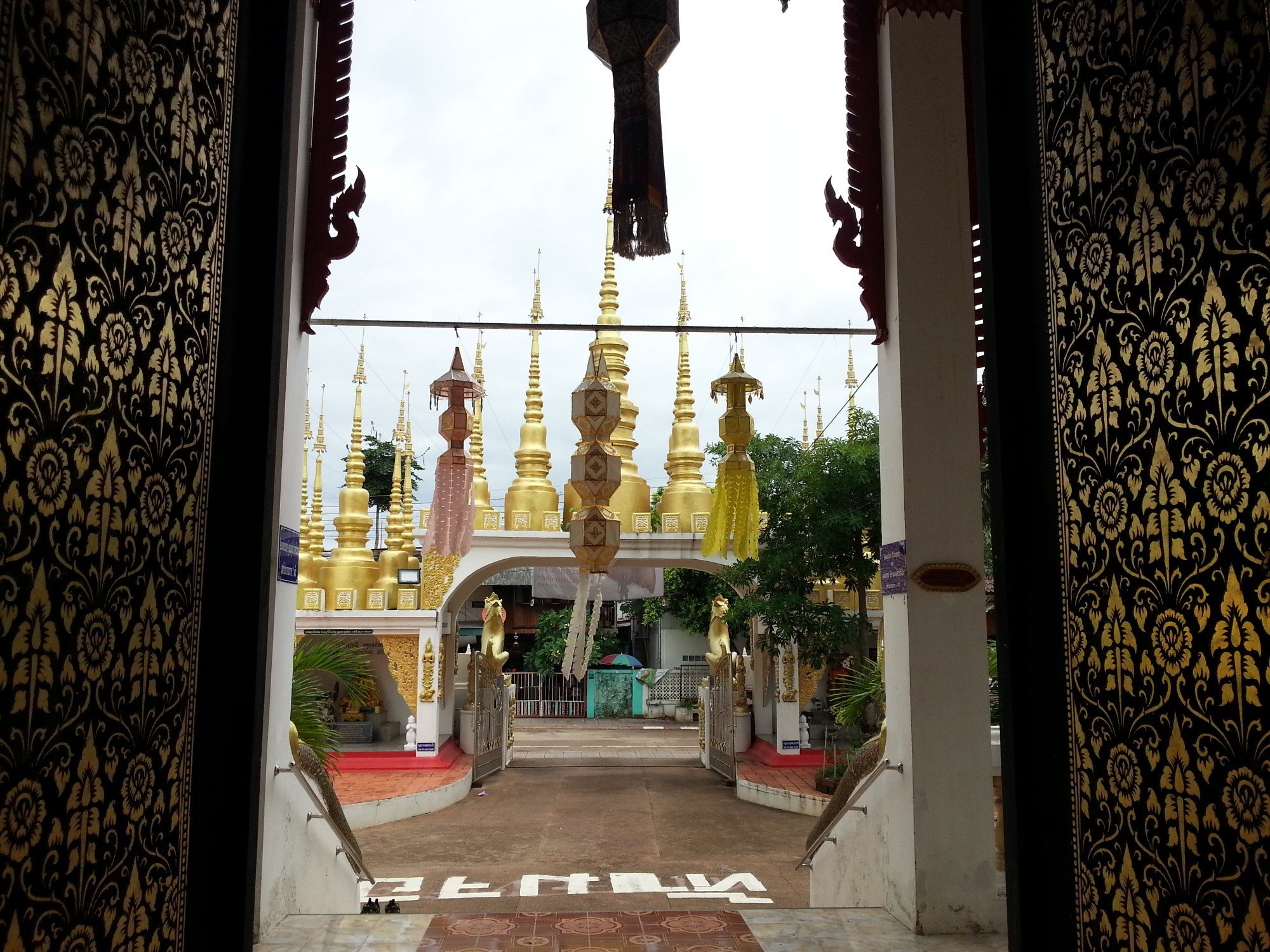 The origins of Wat Phong Sunan are mysterious, as are how its important artefacts came to the temple. Wat Phong Sunan lay derelict for an unknown period of time before local nobility, relatives of the Chao Luang (the last King of Phrae) restored the temple in 1929.

Wat Phong Sunan has two main temple buildings. The larger of the two buildings is the Ordination Hall where new monks are ordained. This building has a traditional Central Thai style design. 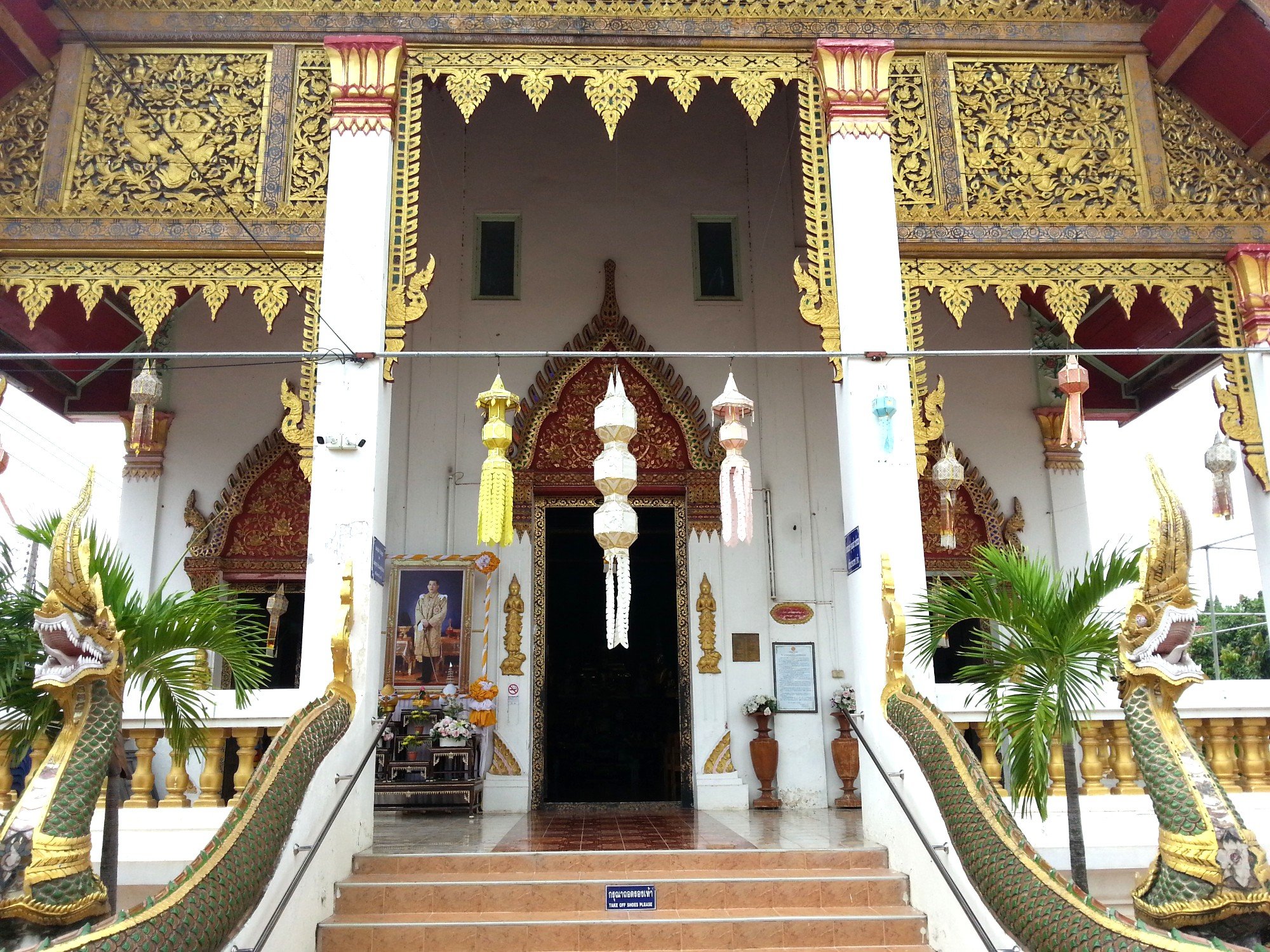 Entrance to the Ordination Hall at Wat Phong Sunan

Inside Wat Phong Sunan is a shrine with several Buddha statues. The statue in the centre is the Phra Chao San Suk which is believed to be over 500 years old and to have brought to Phrae from India. 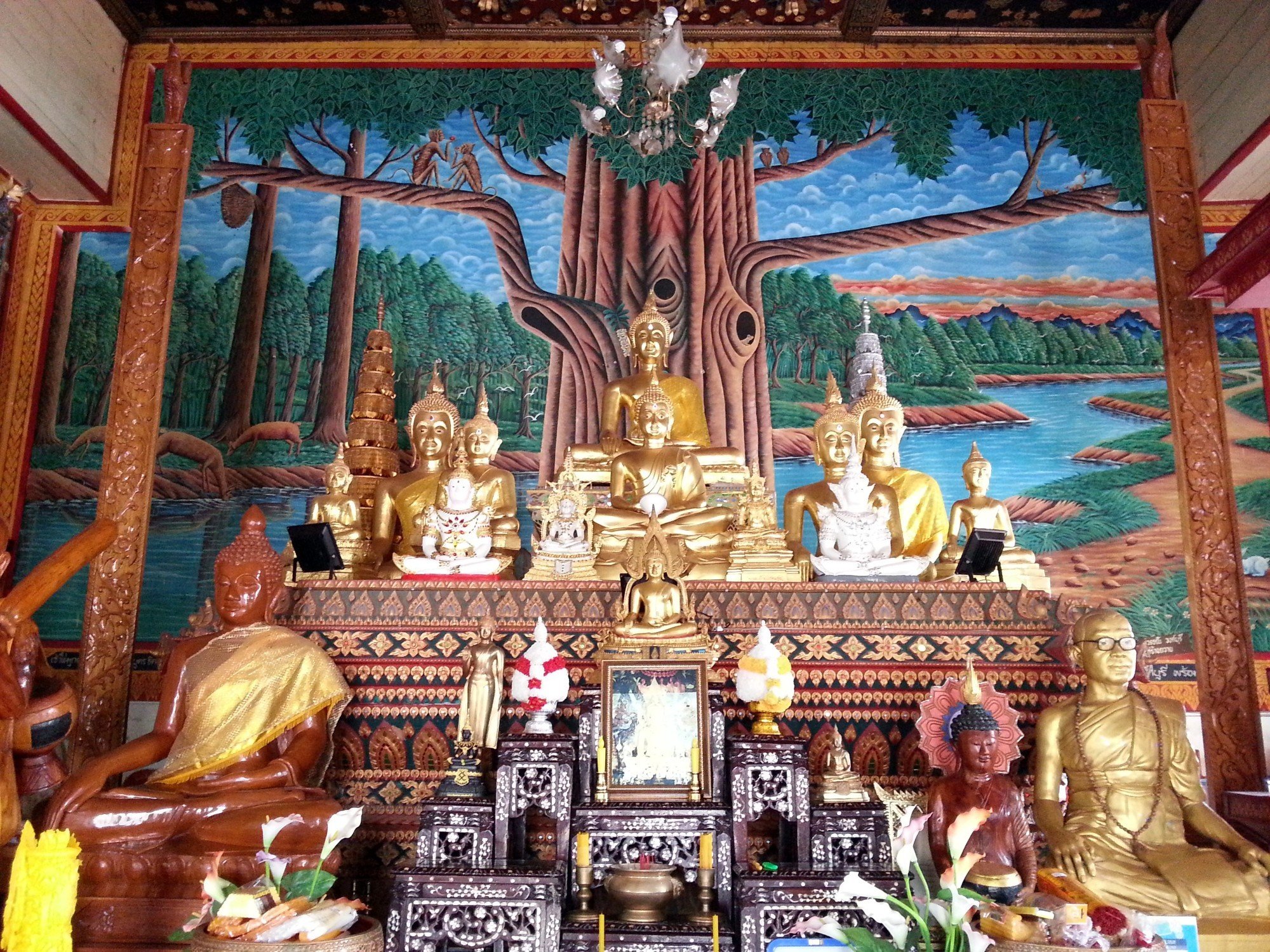 The other major building at Wat Phong Sunan is a very distinctive white Assembly Hall topped with small gold tipped spires. Around the sides of the temple are a number of interesting Buddha statues including a replica of the famous Emerald Buddha. 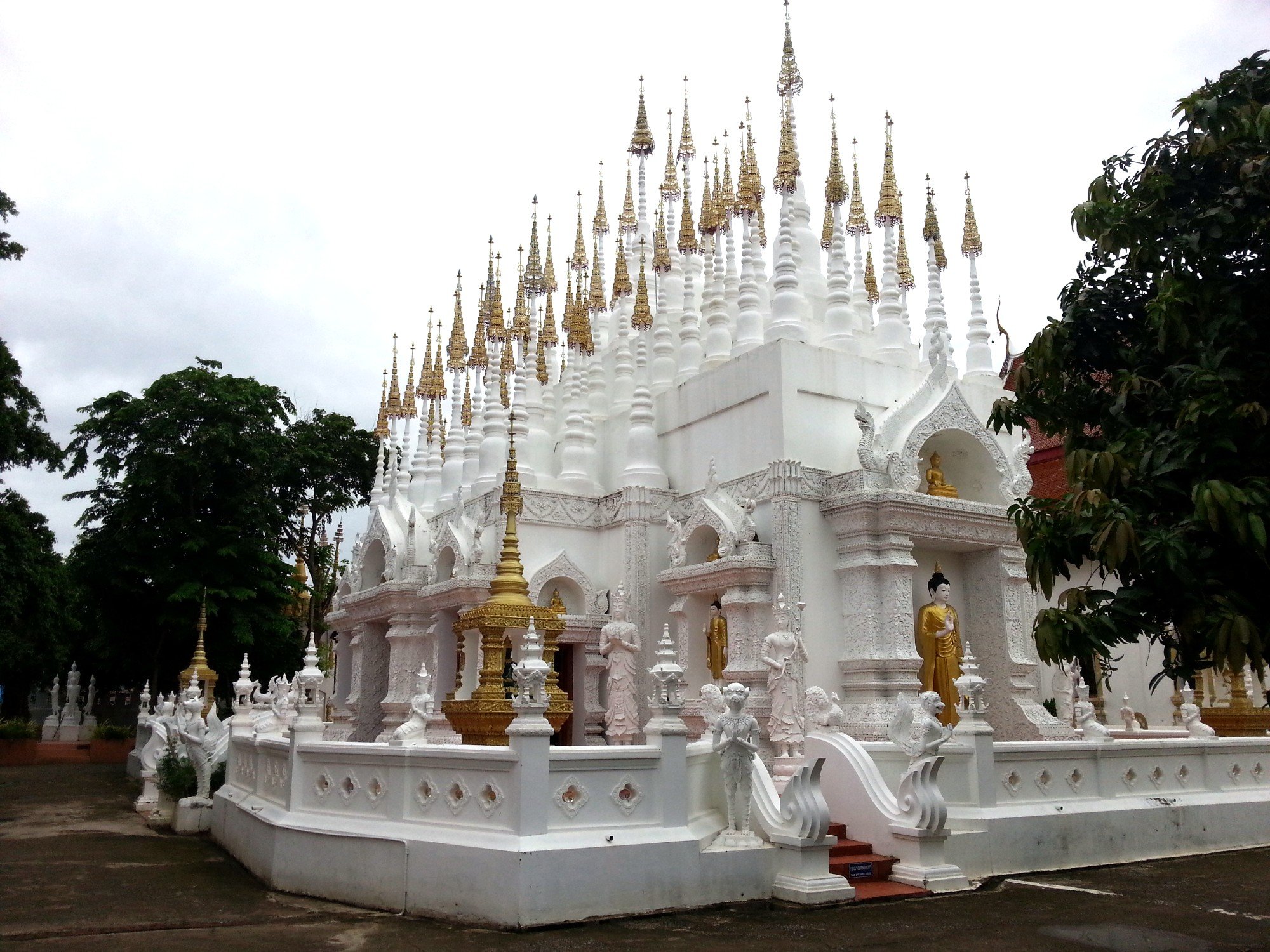 Inside the Assembly Hall is a large seated Buddha statue. 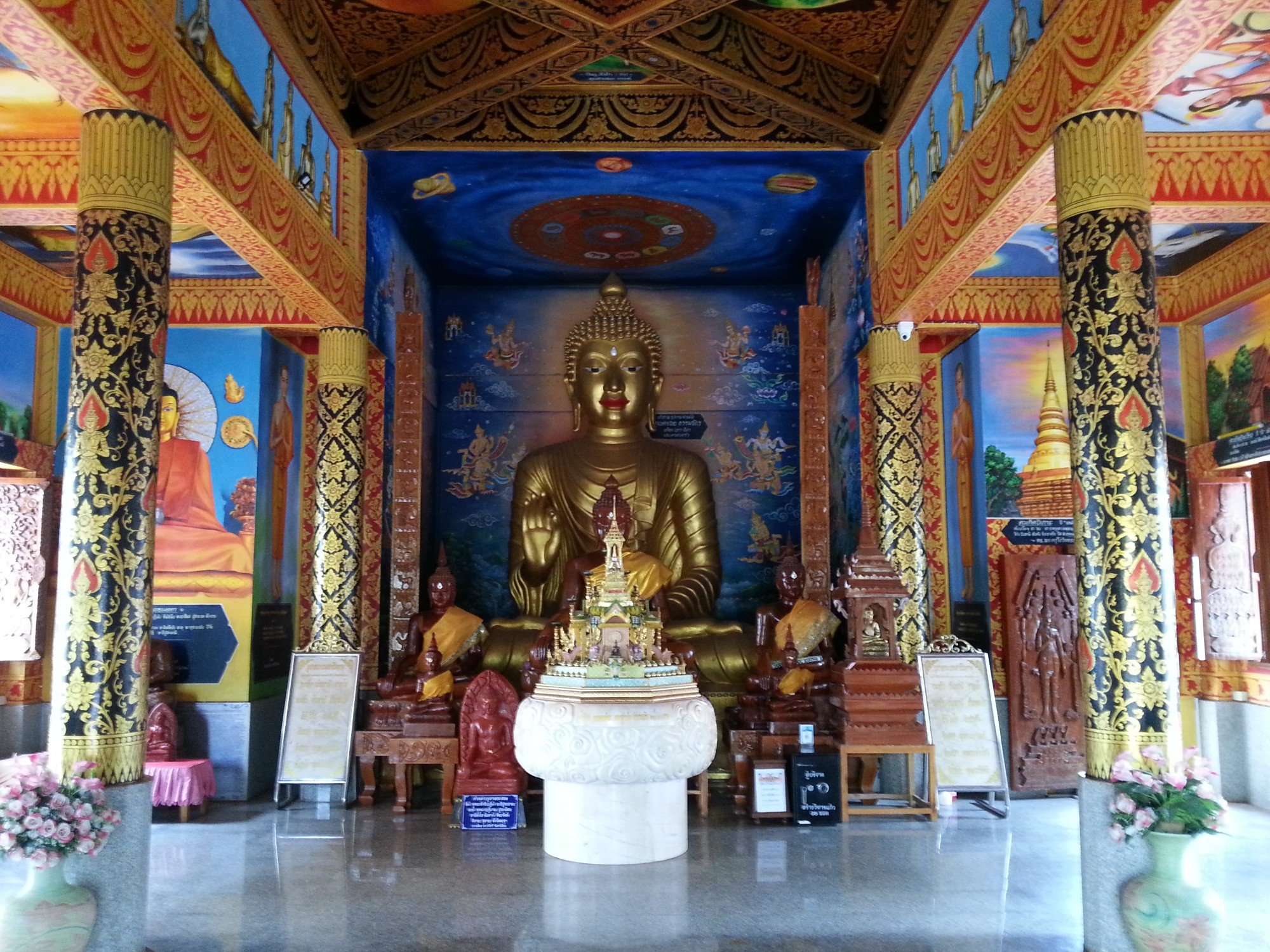 Inside the Assembly Hall at Wat Phong Sunan

The Assembly Hall at Wat Phong Sunan is covered in elaborate wall murals. Many of the murals feature pictures of temples in India and deities from the Hindu religion, which are another indicator of the temple’s connections to India. 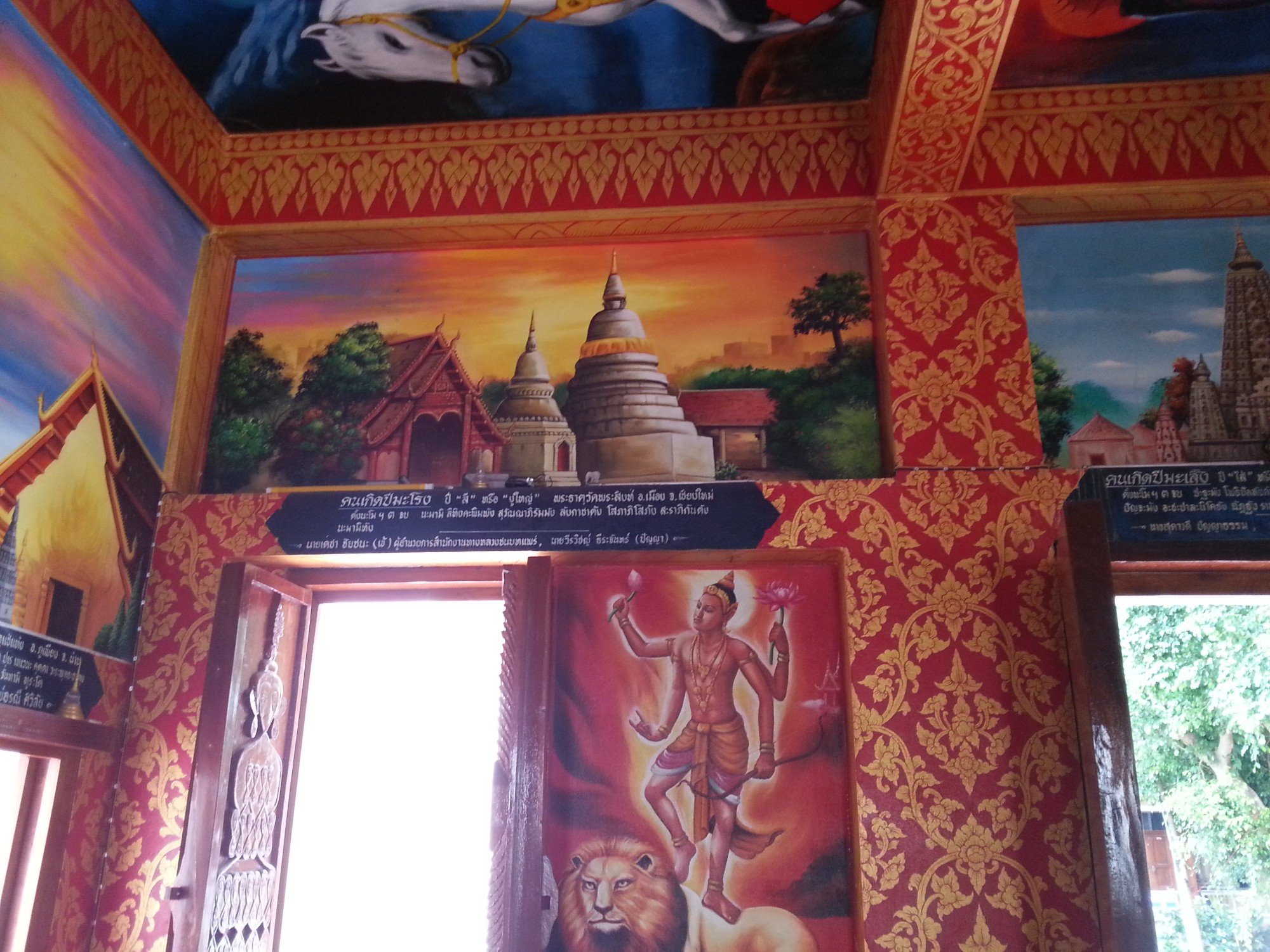 The small walled grounds of Wat Phong Sunan are full of other interesting statues and structures as well. 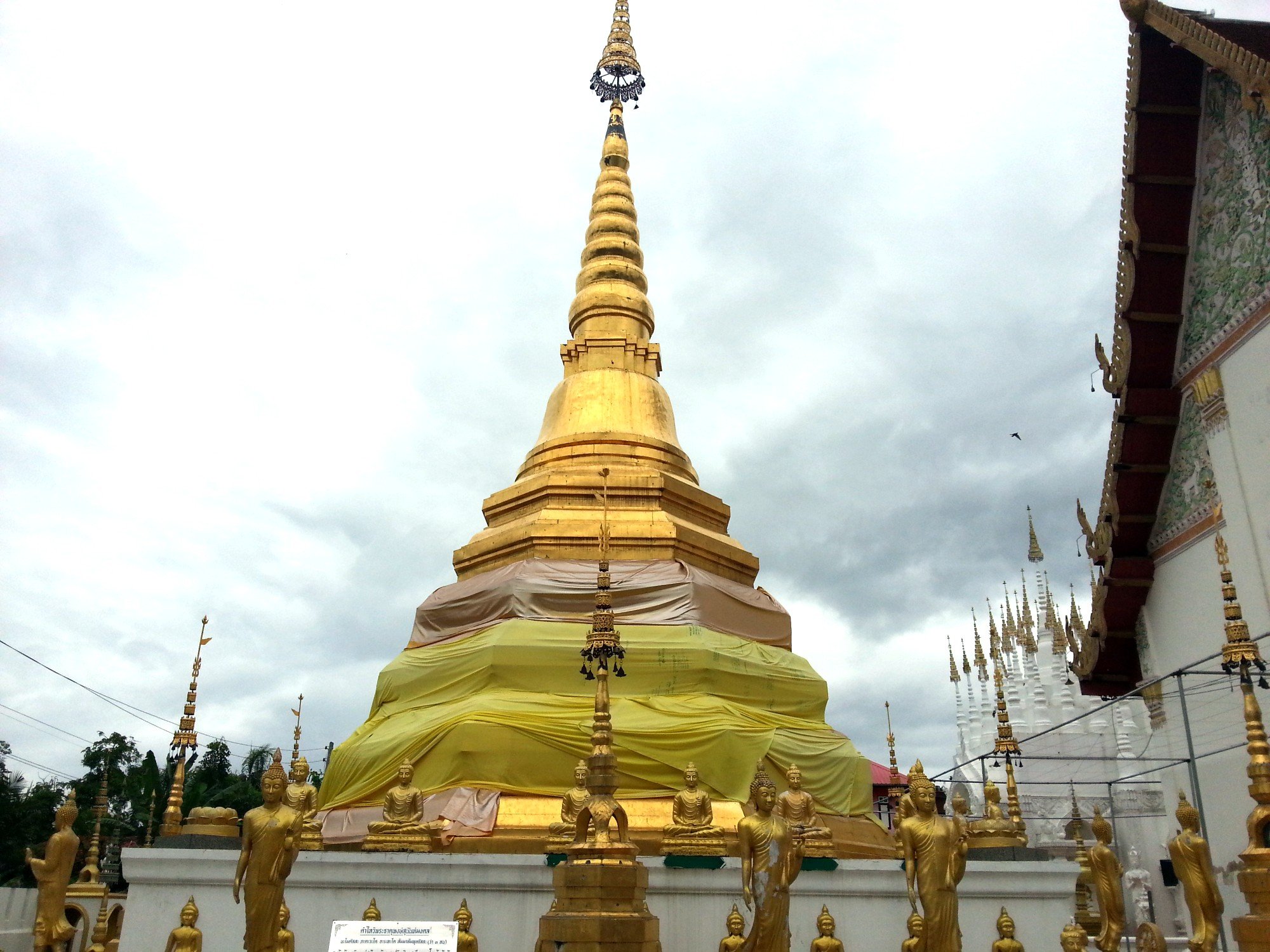 Wat Phong Sunan has an impressive Mon style square shaped golden chedi. According to local legend enshrined within the chedi are important Buddha relics transported from India to be enshrined in this small temple in Phrae for reasons which have been long forgotten. 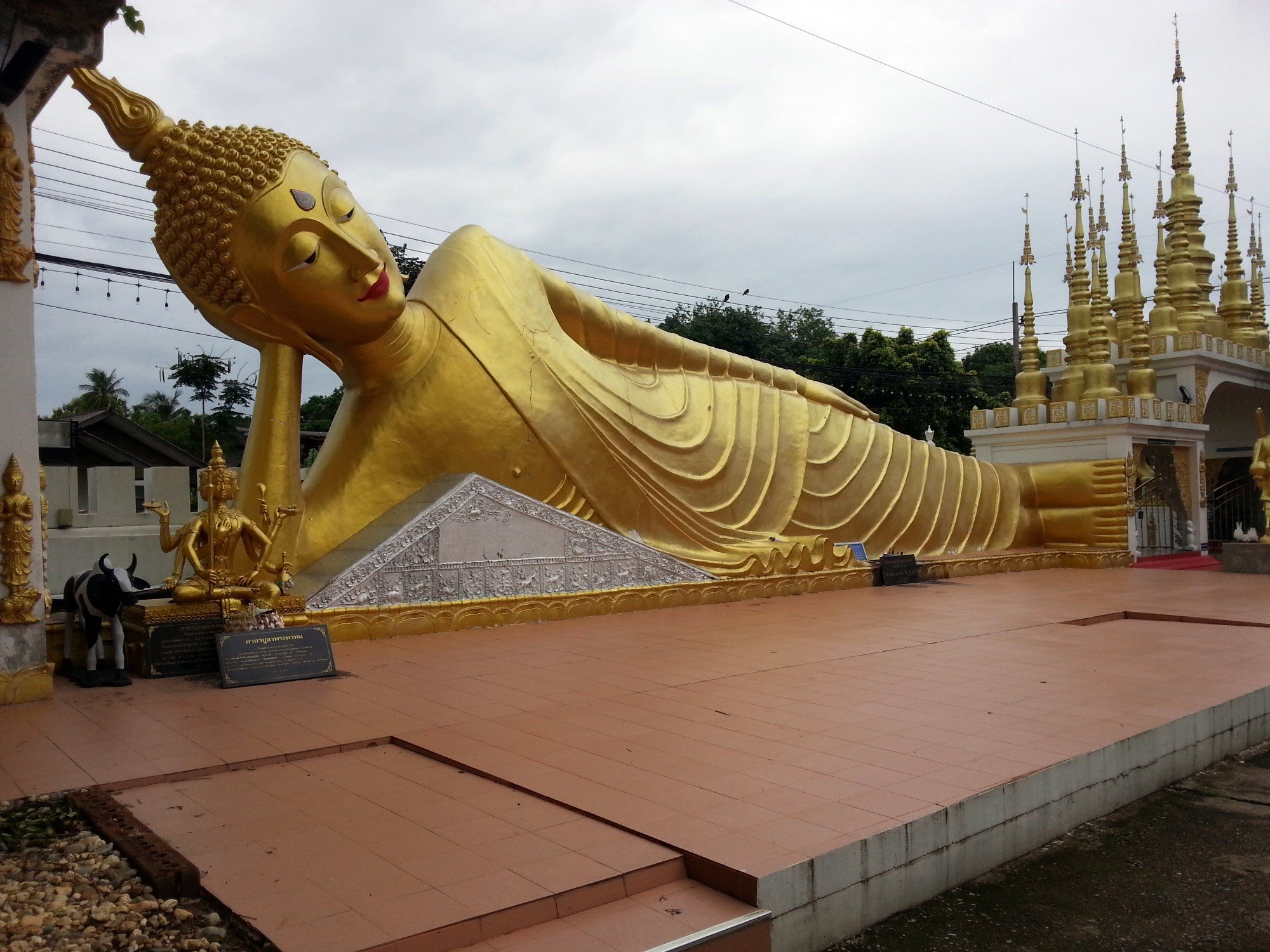 Similarly, no one is quite sure of the date when the impressive reclining Buddha at Wat Phong Sunan was built. It’s a very grand monument for a small temple in a small town. 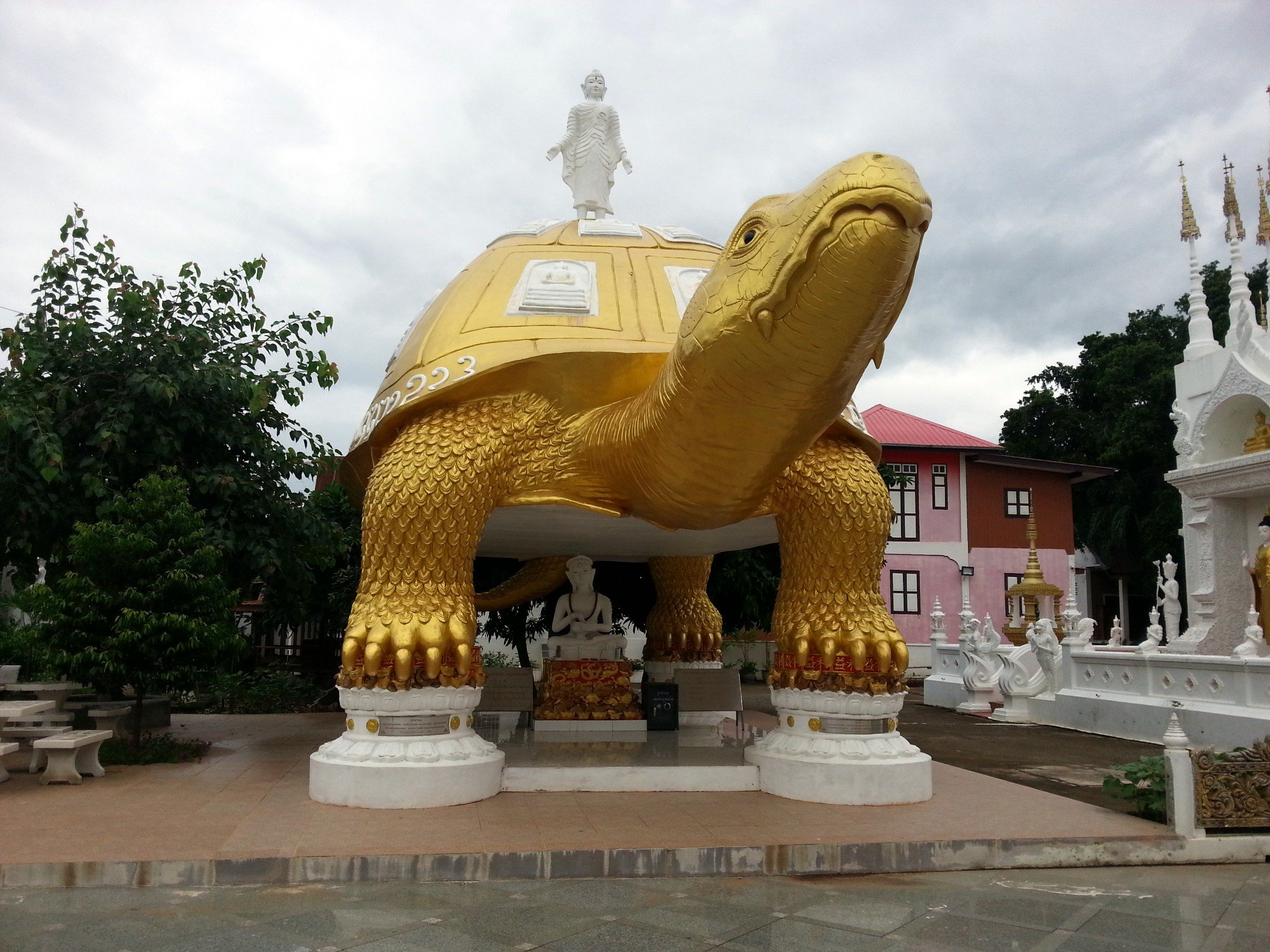 The turtle statue is a new addition to Wat Phong Sunan. Turtles are important symbols in Indian religion. According to Hindu cosmology the world rests on the back of four elephants supported by a giant turtle whose floats in a large ocean. The turtle is an incarnation of the first being, Prajapati, who takes physical form to give birth to a child.

Next see Bus times from Chiang Mai to Phrae