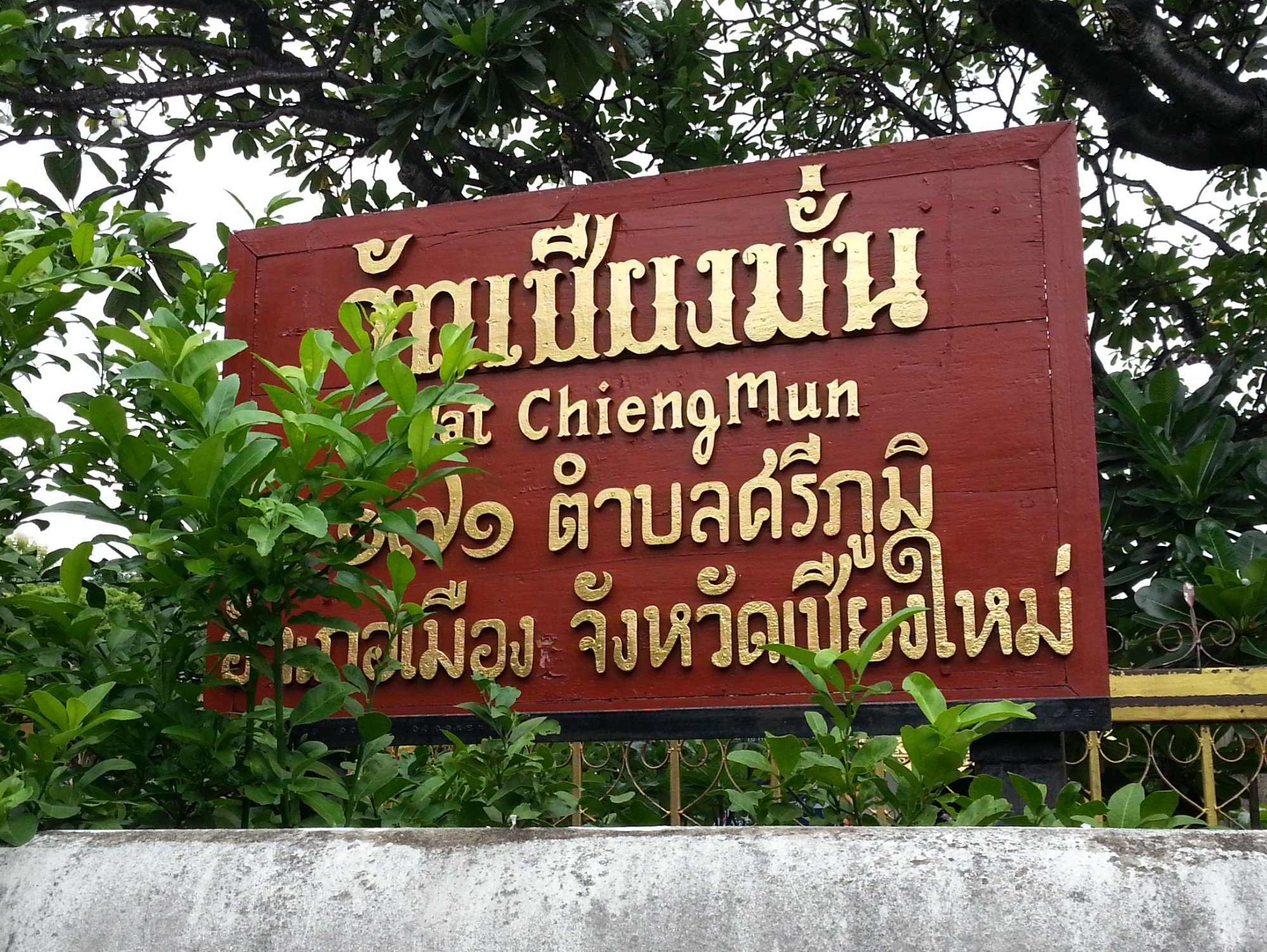 Wat Chiang Man was the first temple to built in the newly created city of Chiang Mai. The site where the temple was built, in 1296, was where King Mangrai (the first King of new Lanna Kingdom) is supposed to have made his base camp whilst the construction of the city walls, moat and other features of the new capital city where taking place. 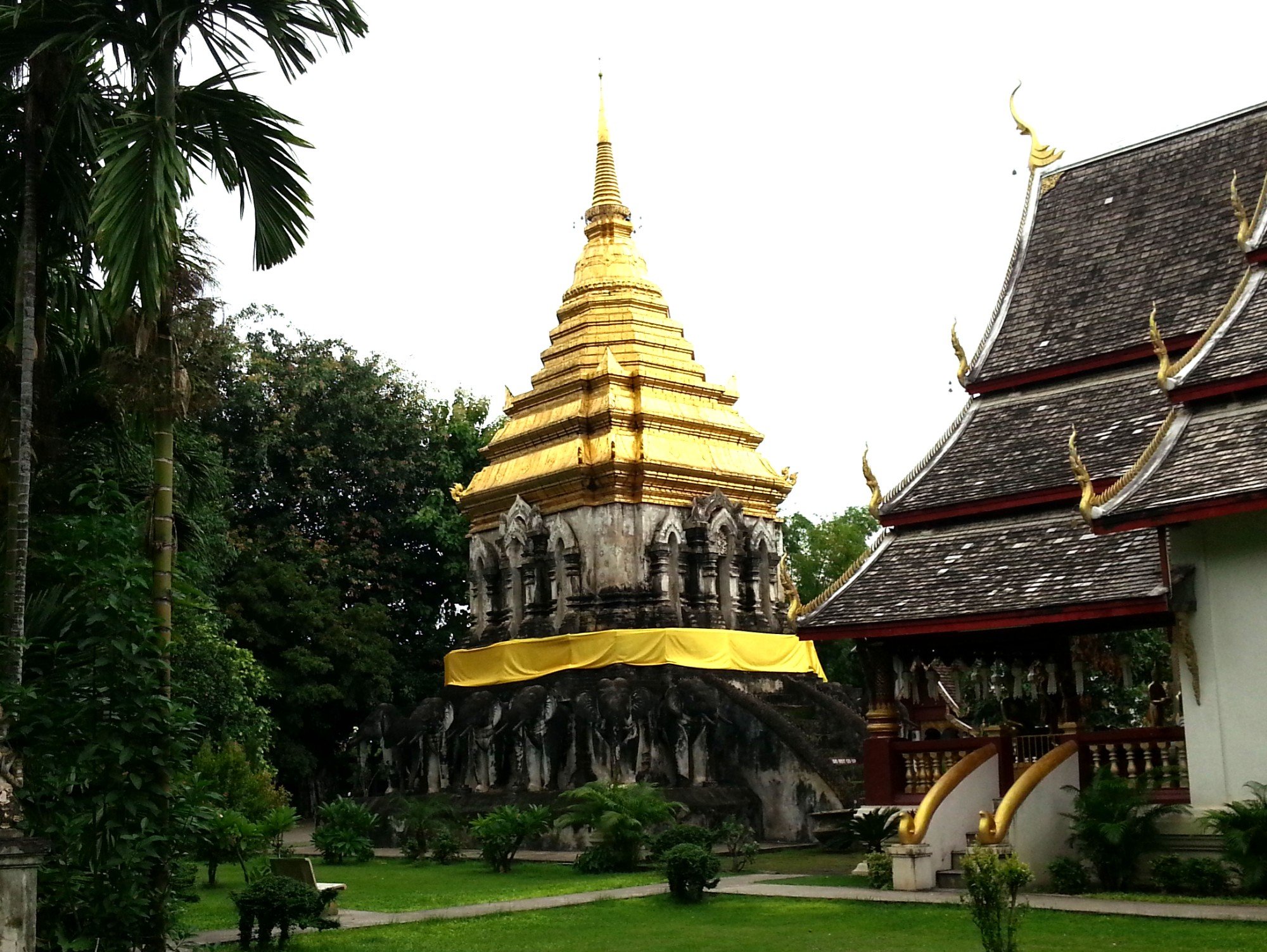 The oldest part of Wat Chiang Man, and the only surviving part of the original 13th Century, is it impressive chedi tower at the rear of the temple. According to legend the chedi mark the spot where King Mangrai slept during his time living there. The tower contains holy relics in a chamber below the spite of the tower. 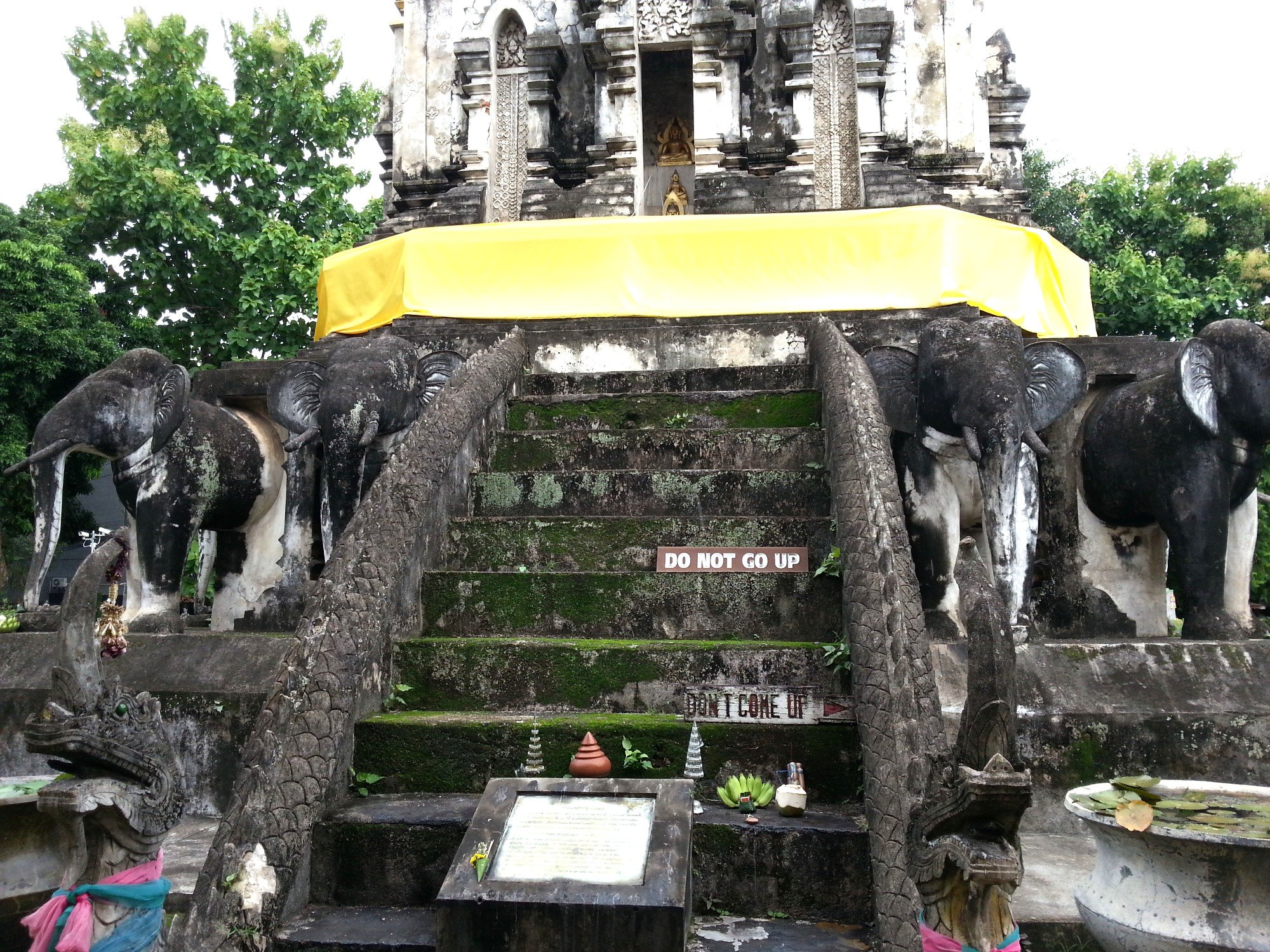 Base of Chedi Chang Lom

The chedi at Wat Chiang Man has been named Chedi Chang Lom because of the 15 life sized elephant statues which stand on the base of the chedi appearing to support the structure above. Chang is the Thai word for elephant. 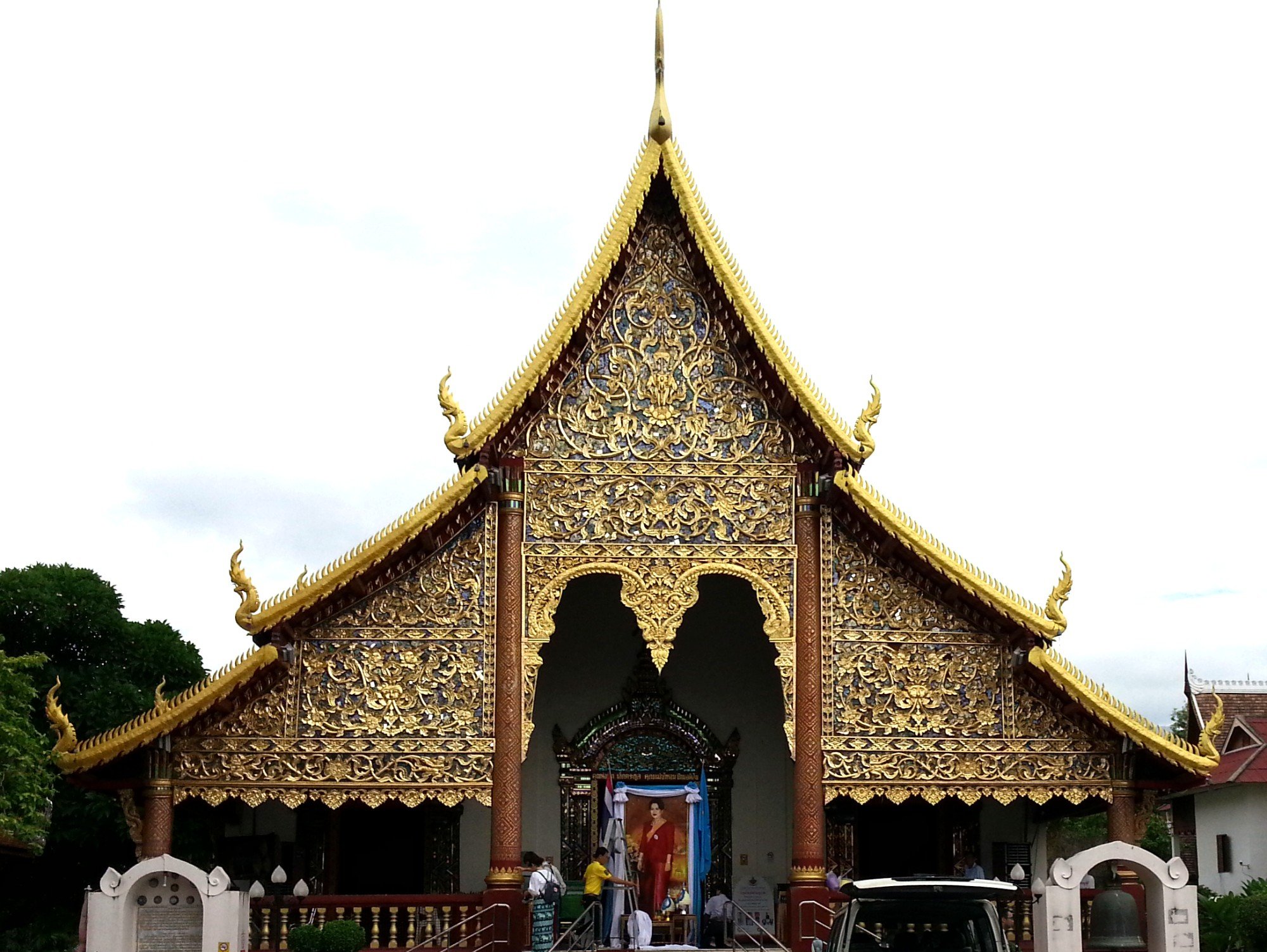 There are four other significant structures at Wat Chiang Man: a main assembly hall, a smaller assembly hall, an ordination hall and library where the Buddhist holy texts, the Tripitaka, are stored in elevated position to avoid flooding and being eaten by rats. The main assembly hall has been significantly renovated over the years, most recently in the 1920s, and it is not clear how much of the current structure dates backs to 1297, probably very little. Nonetheless, the front gable end of the roof of the temple is immensely impressive as a work of art in its own right. 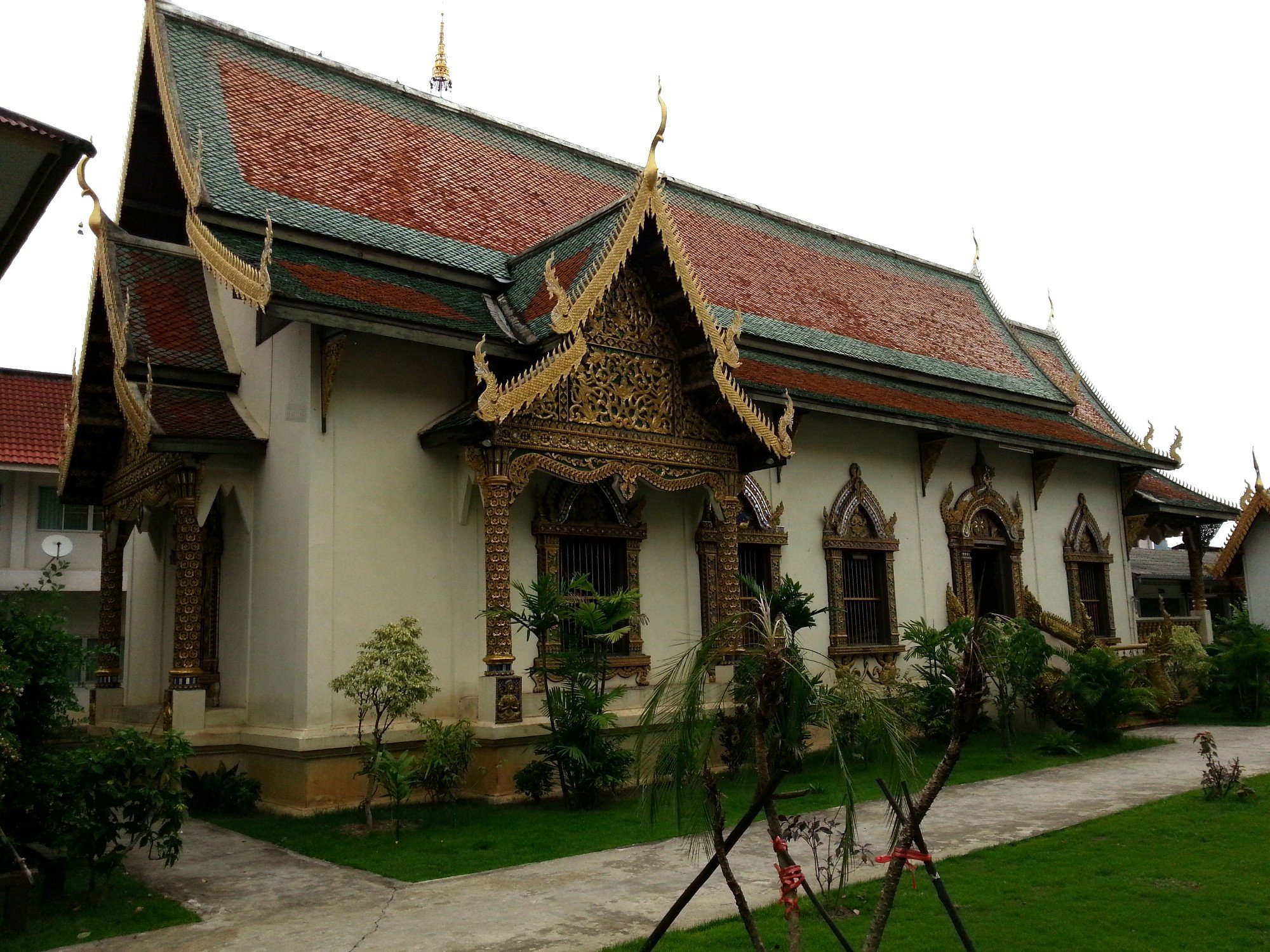 The second smaller assembly hall at Wat Chiang Man is a newer building which appears to have been constructed in the 19th Century. Two very important Buddha statue are kept inside this building. The most important is the Phra Kaew Khao, or Crystal Buddha, which is a 10 cm tall Buddha statue possibly created in the 3rd Century, and brought to Chiang Mai after King Mangrai’s successful invasion of a neighbouring Kingdom who capital was Lamphun. There is a also a relief of the Lord Buddha which is thought to be over a 1,000 years old and carved in either India or Sri Lanka. 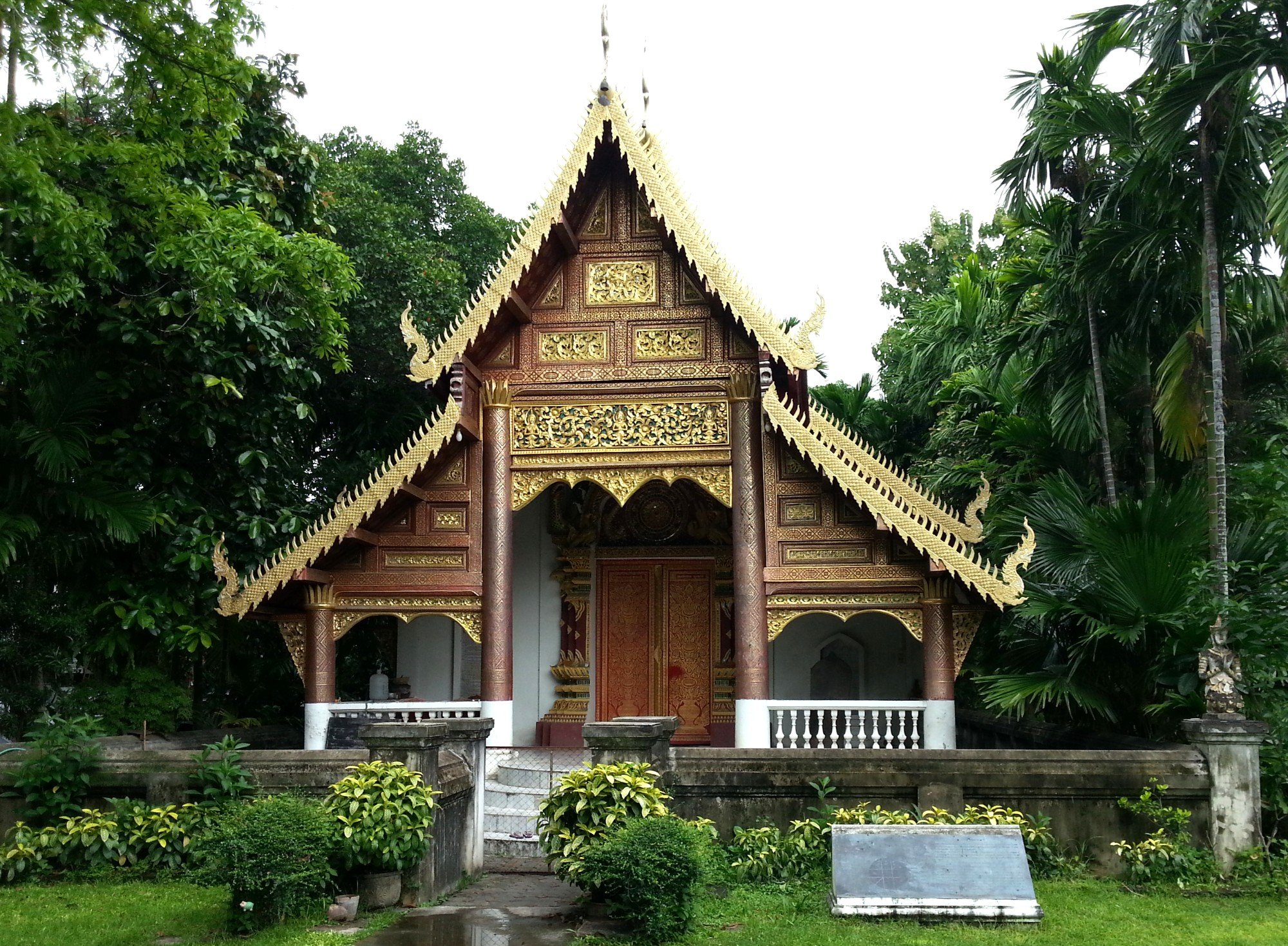 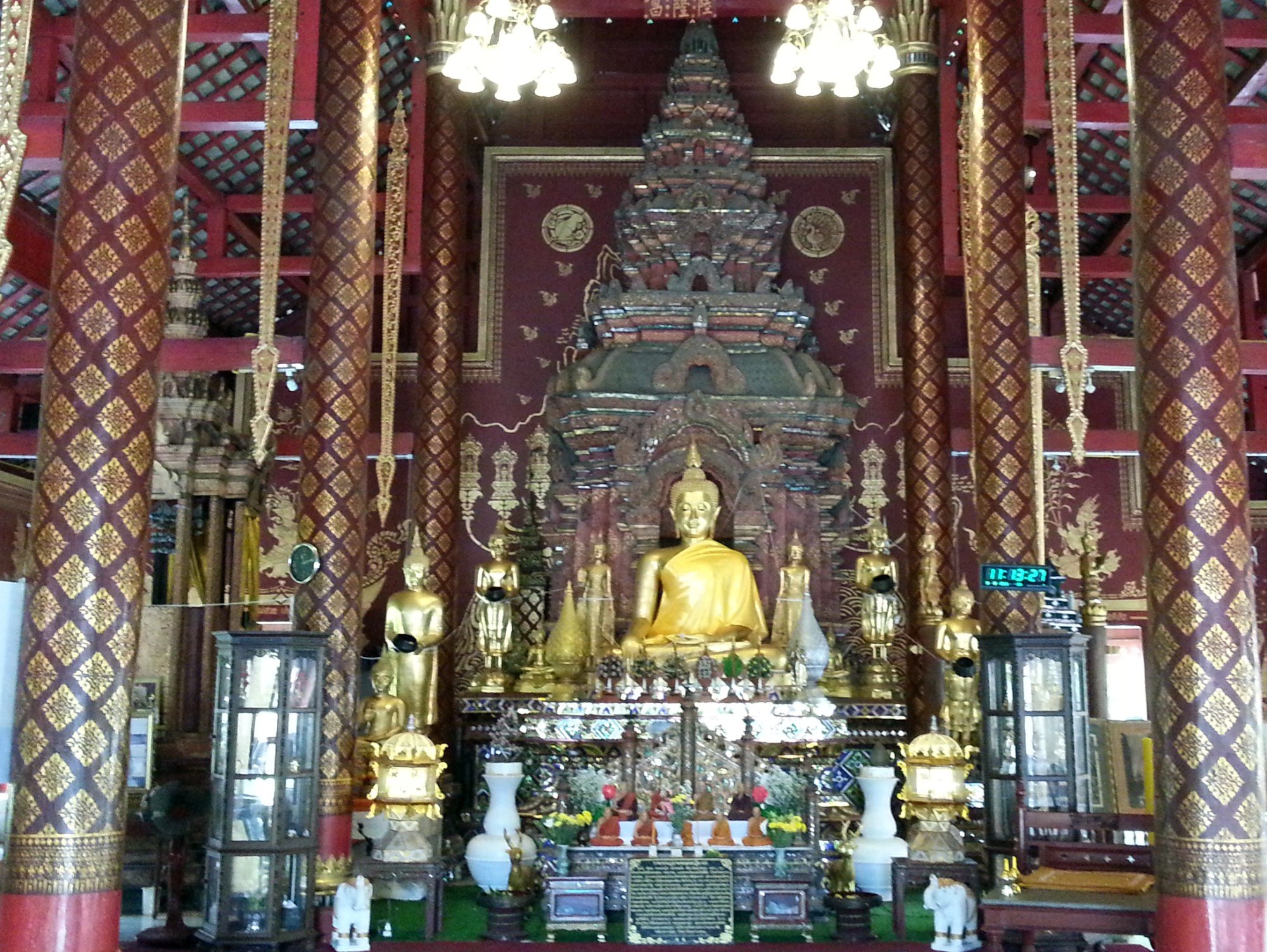