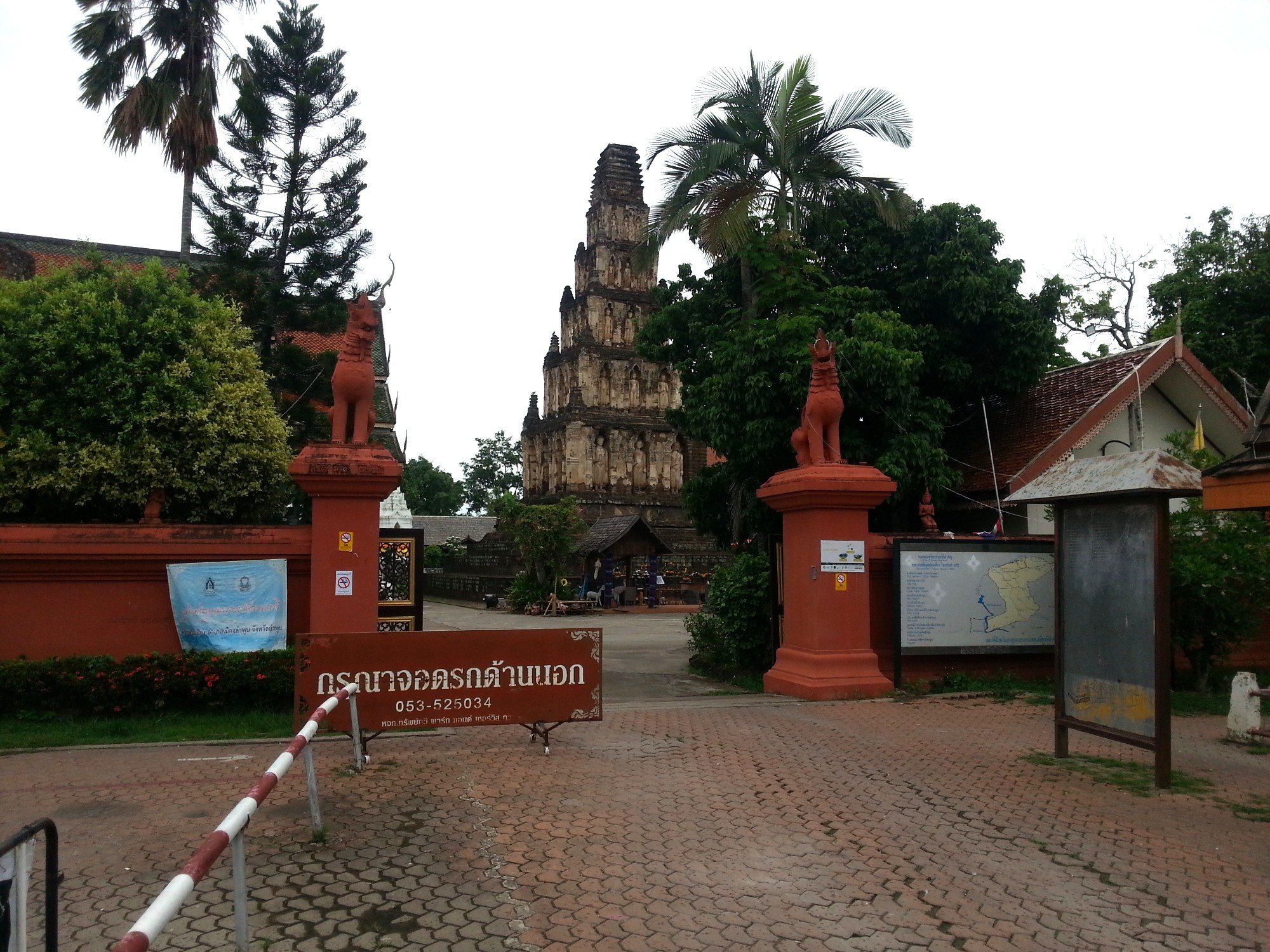 Wat Chammathewi is open to visitors from 06:30 to 18:00 everyday and admission is free.

What makes Wat Chammathewi historically important is its association with Queen Chammathewi of the Haripunchai. The precise dates when Queen Chammathewi lived and the period of her reign are a matter of debate. The queen was bought as commoner sometime in the middle to late 7th Century and died in the early to middle of the 8th Century. According to legend her ashes are entombed in a chedi at Wat Chammathewi. 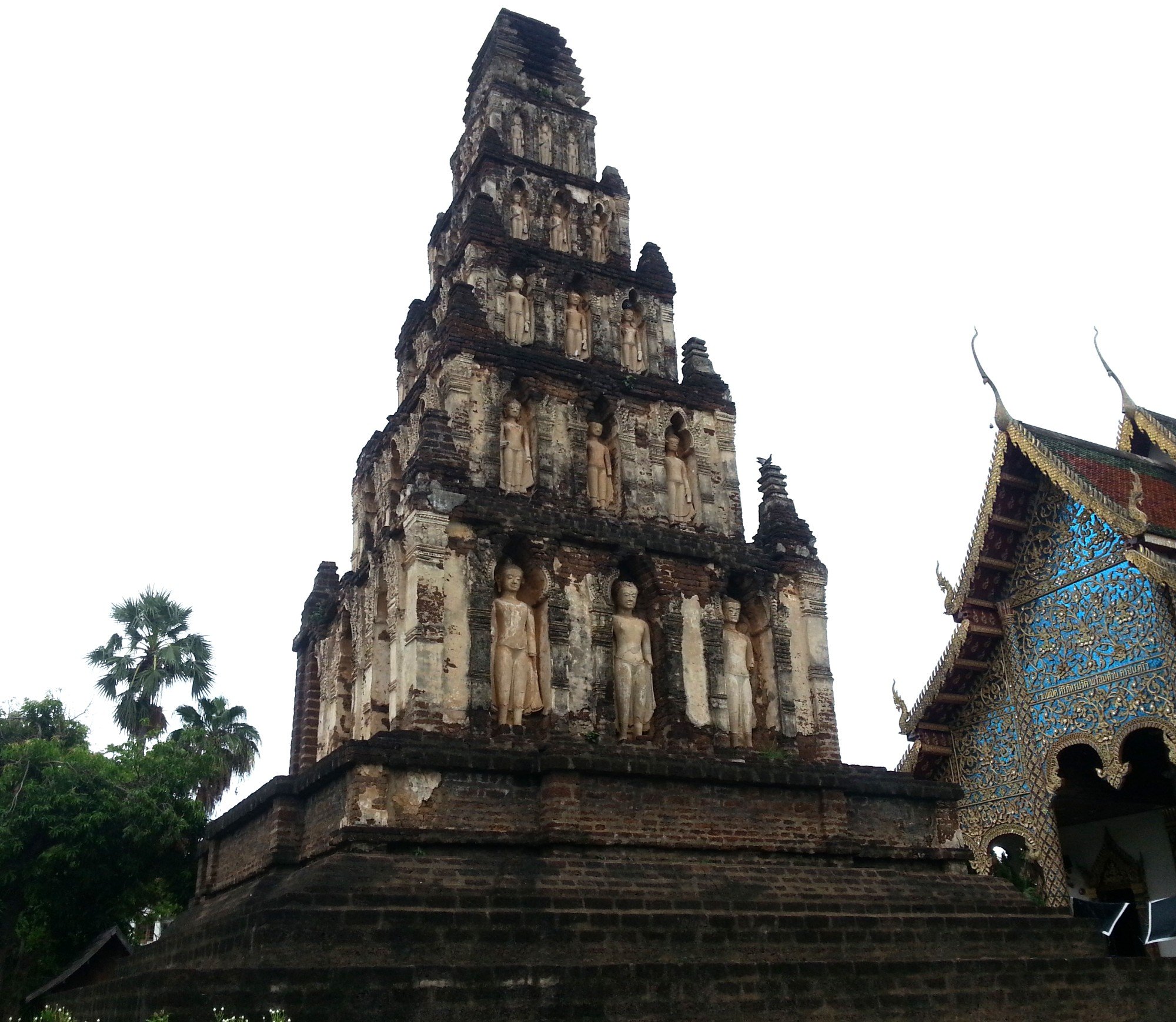 The chedi in question is called the Suwan Chang Kot Chedi and it is located next to the Assembly Hall at Wat Chammathewi. The chedi is 21 metres high with five levels each narrower than the one below. 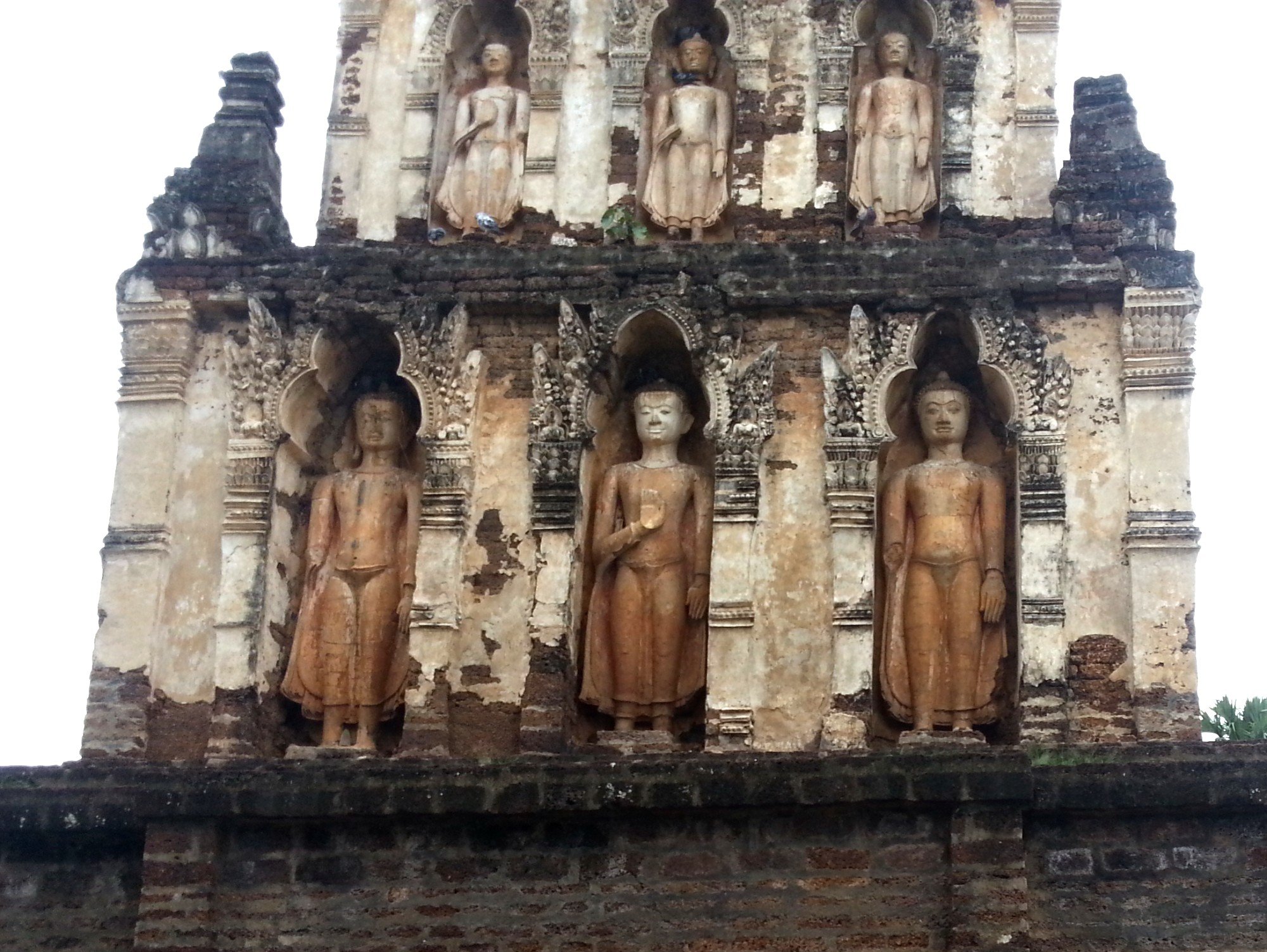 Each level has three niches on each side containing carvings of the Lord Buddha. There are very few surviving examples of this style of chedi, or indeed other examples of Dvaravati architecture, elsehwere in Thailand. One of the handful of other similar structures is ar nearby Wat Phra That Hariphunchai which has a chedi of a similar style thought to have been modelled on the chedi at Wat Chammathewi. 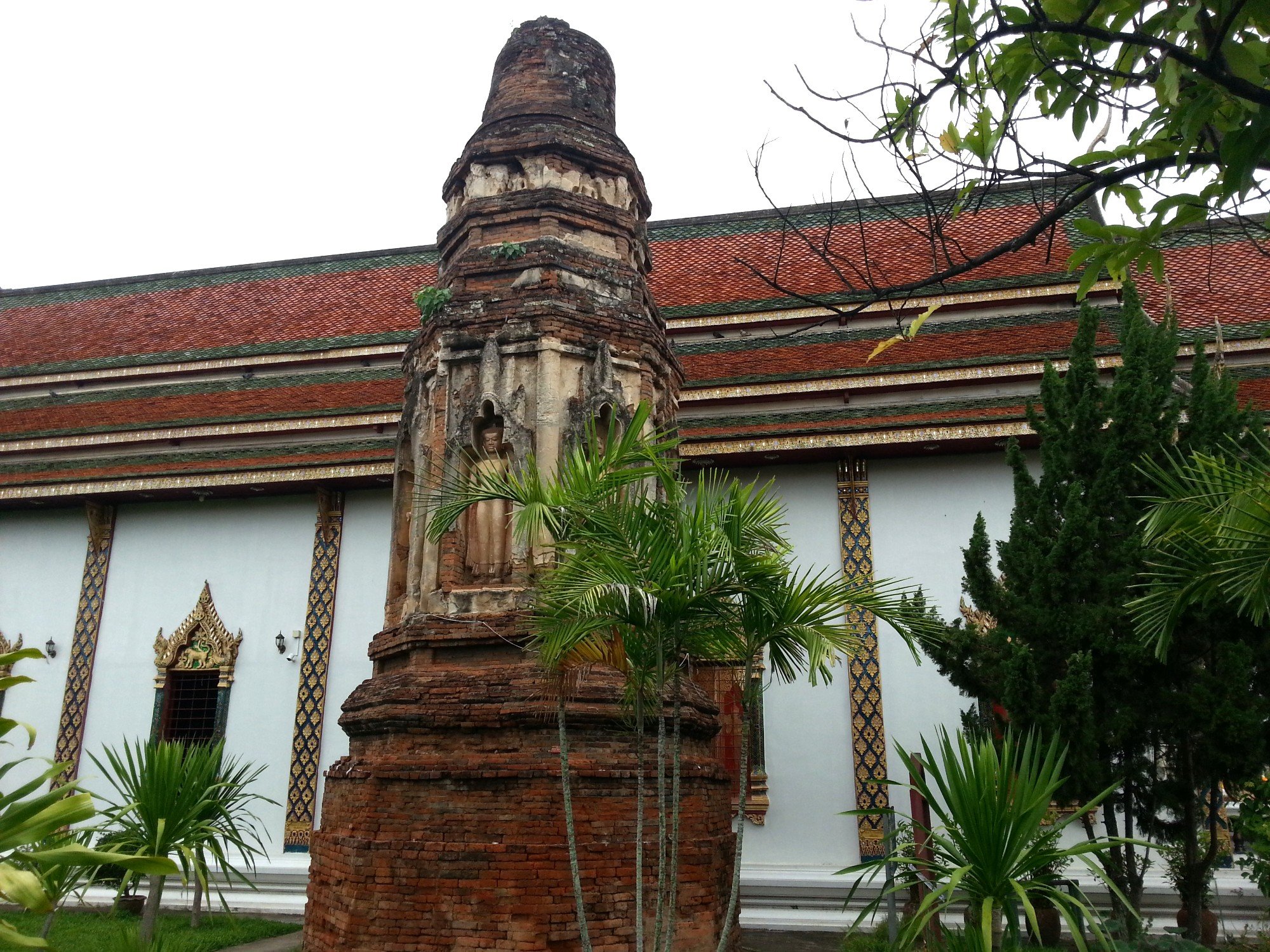 Wat Chammathewi also has a second Dvaravati style chedi, the Ratana Chedi. The Ratana Chedi is believed to have been built 50 or more years after the Suwan Chang Kot Chedi, the original construction of which occurred in the middle of the 12th Century built on the orders of one of Queen Chammathewi’s descendants to celebrate a victory over the Khmer. The Ratana Chedi is a octagonal structure the top of which has now collapsed. The original chedi is thought to have been around 11 to 12 metres high. 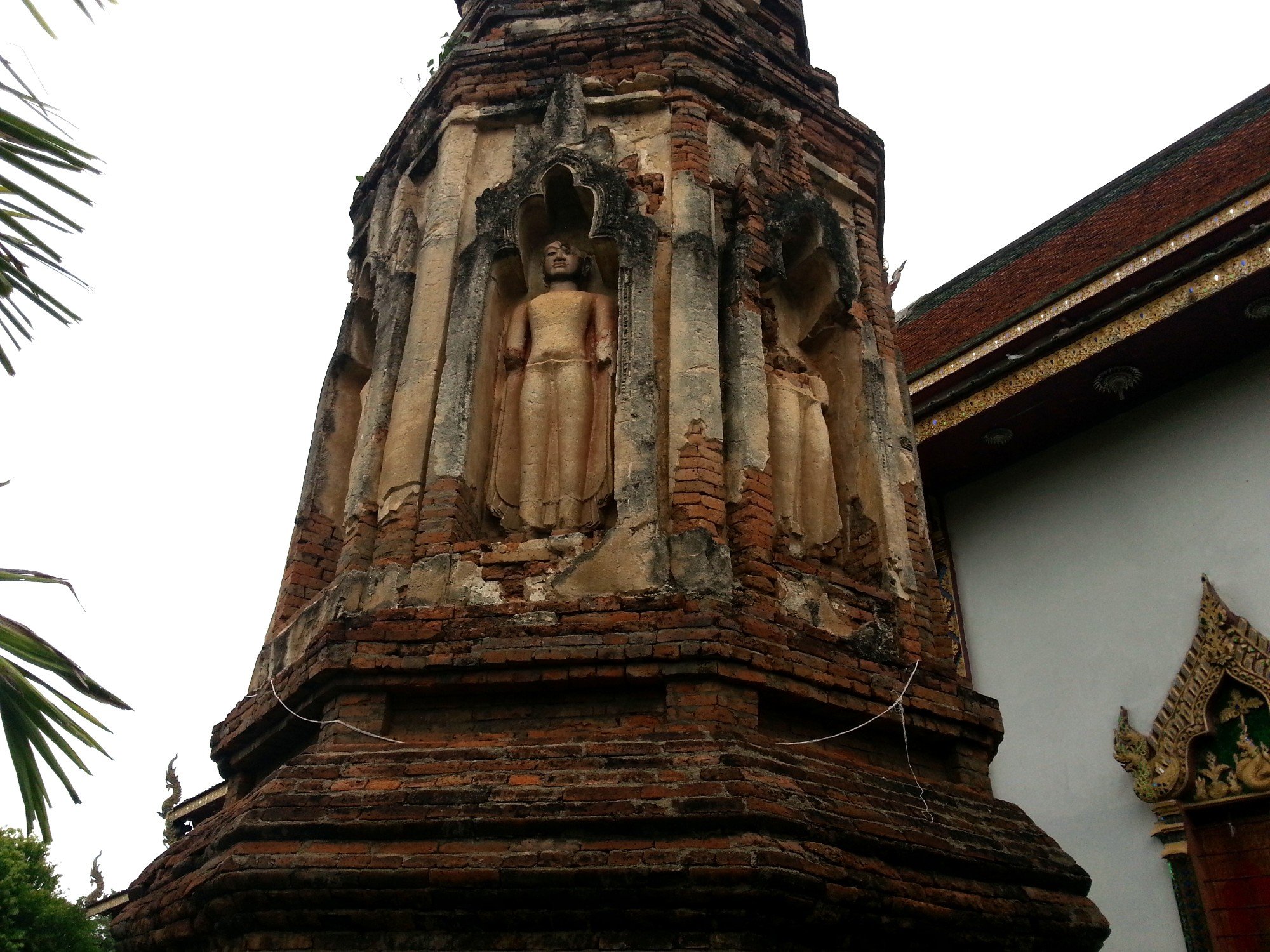 Carvings on the Ratana Chedi

The Ratana Chedi also has niches on each side with images of the Lord Buddha in each niche. Above the larger niches is a second row of smaller niches below a relic chamber. 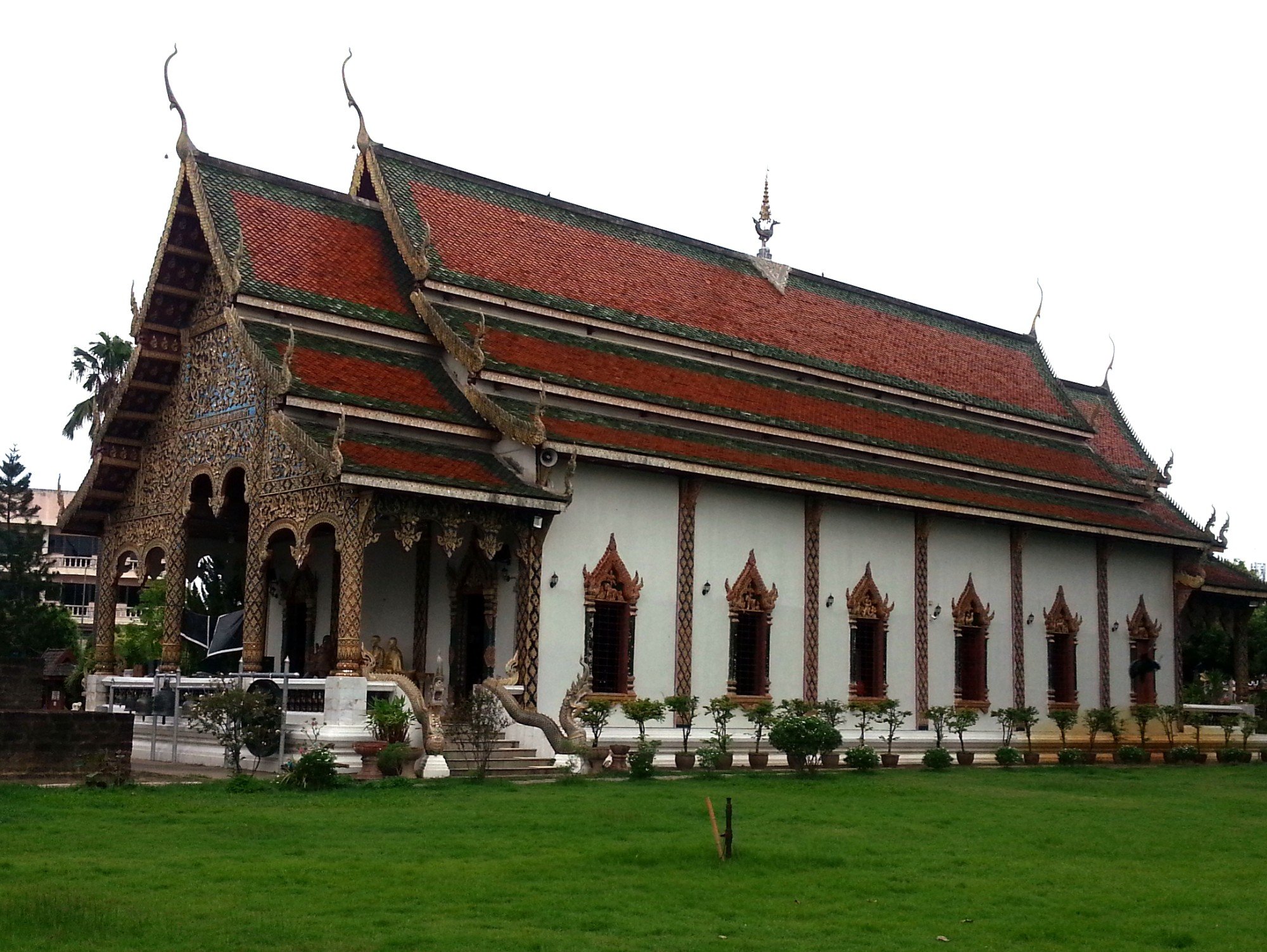 A newer and very beautiful Assembly Hall, or viharn, has been constructed close the two old chedi at Wat Chammathewi. The Assembly Hall features an ornately decorated Lanna style gable end and a naga staircase leading up to the main entrance. 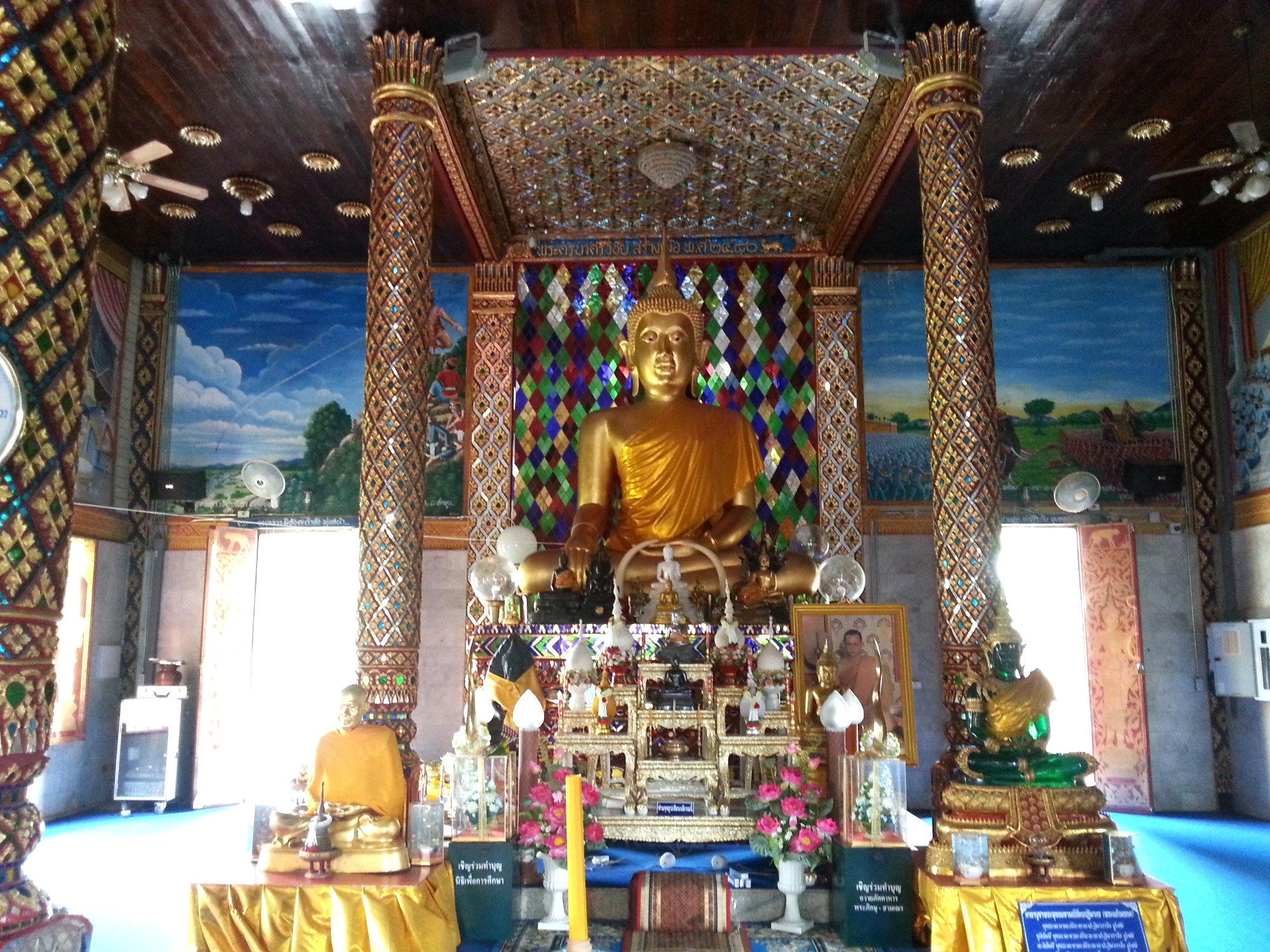 Inside the Assembly Hall at Wat Chammathewi

The main shrine inside the Assembly Hall  at Wat Chammathewi has a single seated Buddha statue below an ornate canopy structure. 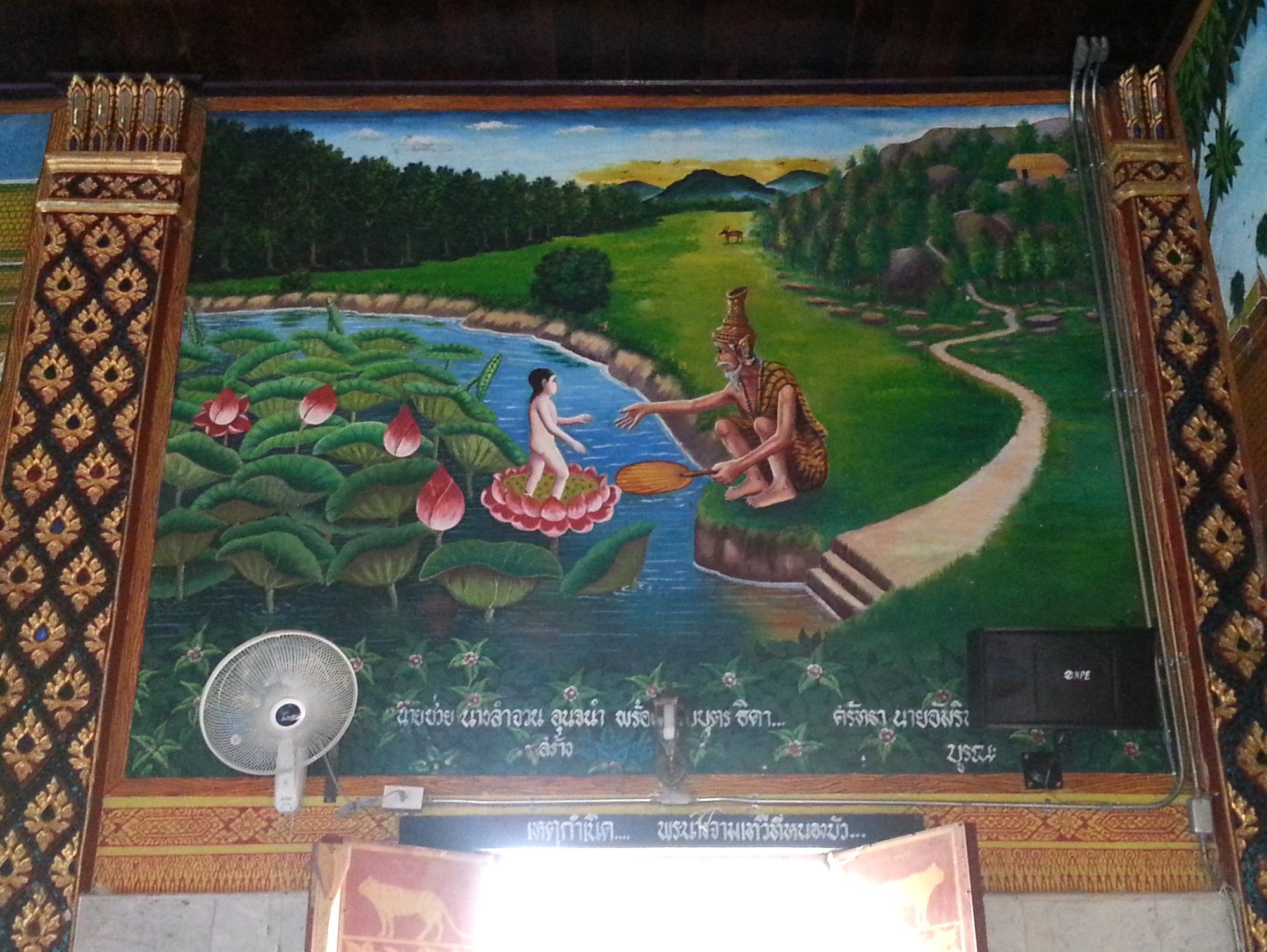 Wall murals depicting scenes from the life of Queen Chammathewi

The major point of interest inside the viharn at Wat Chammathewi are the many wall murals depicting scenes from the life of Queen Chammathewi. According to legend as a baby the queen was taken by a large bird and dropped at the top of Doi Suthep mountain where she was raised by a hermit until, 13 years later, she was placed on a raft which floated to the Lavo Kingdom (modern day Lopburi) whose rulers adopted her. Later, after fighting many battles, the queen became ruler of the Haripunchai Kingdom.

Next read about Train travel from Bangkok to Lamphun