The Vongburi House Museum is a private museum located in the Northern Thai town of Phrae. 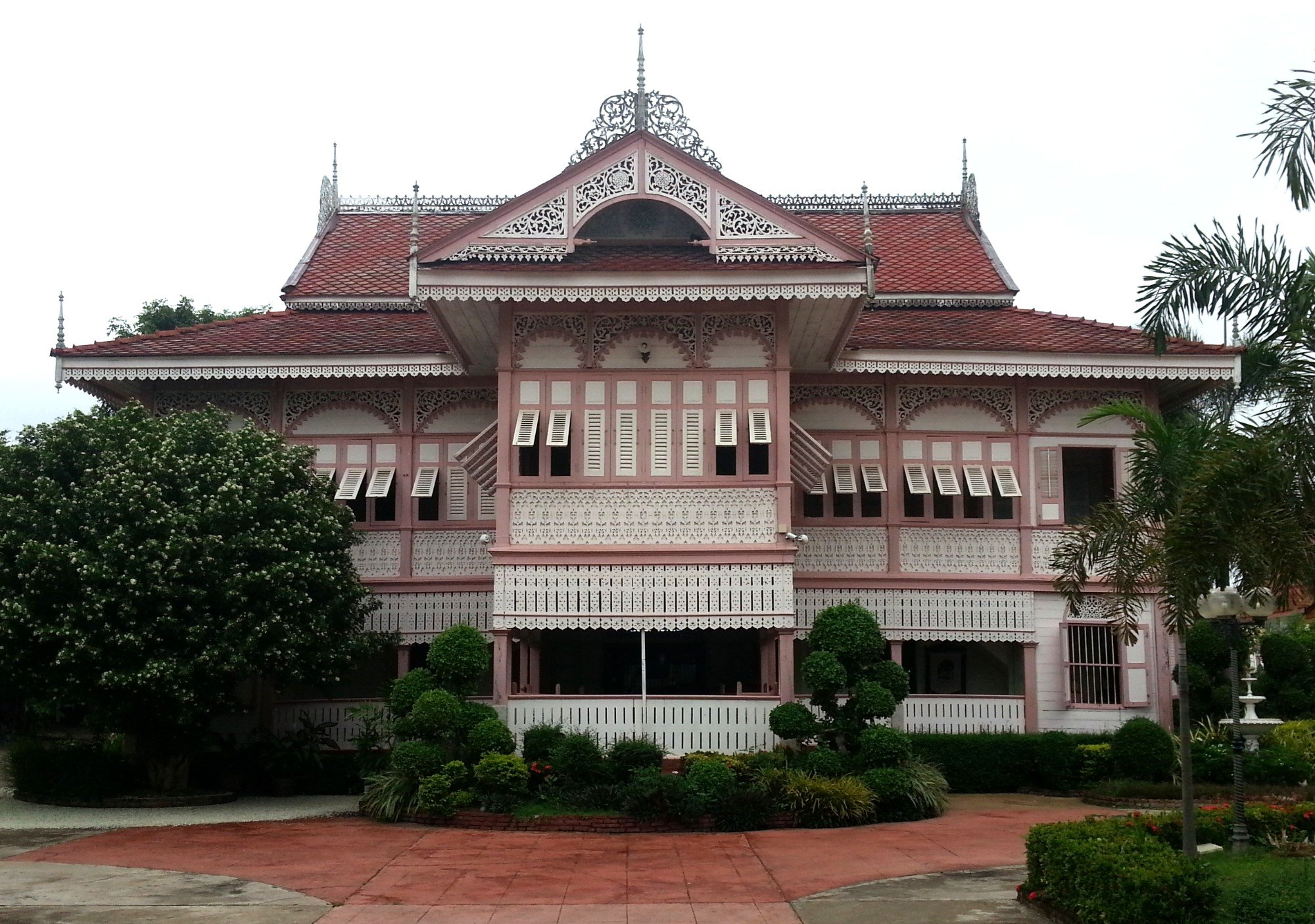 The Vongburi House Museum is open daily from 09:00 to 17:00 and admission is 20 THB per person. There is no dress code for this attraction.

About the Vongburi House Museum

Vongburi House Museum was formerly a grand private residence occupied by members of Phrae’s Royal Family. The Vongburi House is one of two houses on the same parcel of land. The smaller house to the side of the Vongburi House was built for Mae Cho Bua Tha, the first wife of the last ancestral ruler of Phrae, who went onto live with his second wife and their children at another grand house on the same road in Phrae, the Khum Chao Luang. 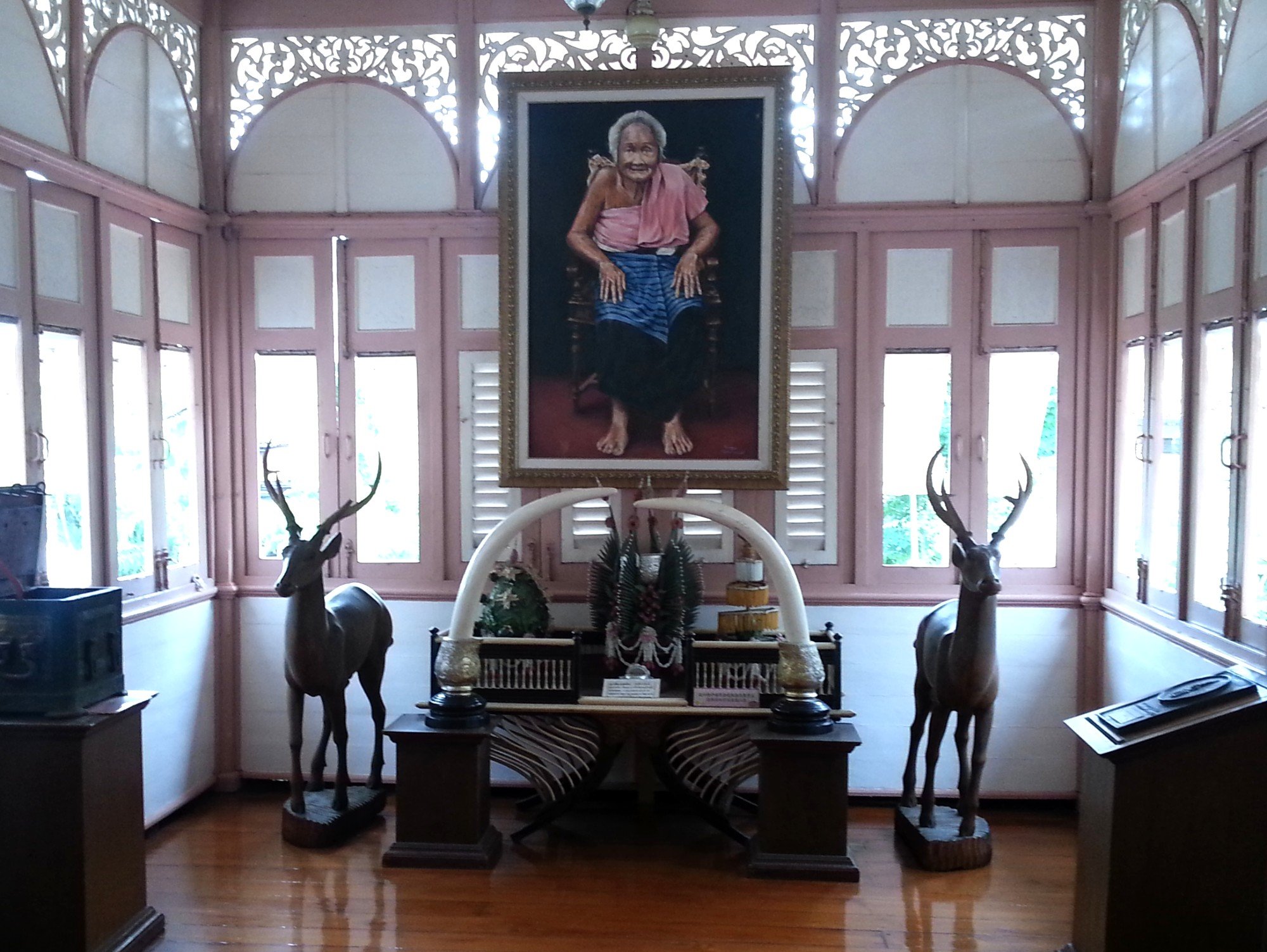 After separating from the King of Phrae, the childless Mae Cho Bua Tha adopted her niece and arranged for her to be married to another member of the same royal family. She commissioned the construction of the Vongburi House as the residence of the newly married couple. 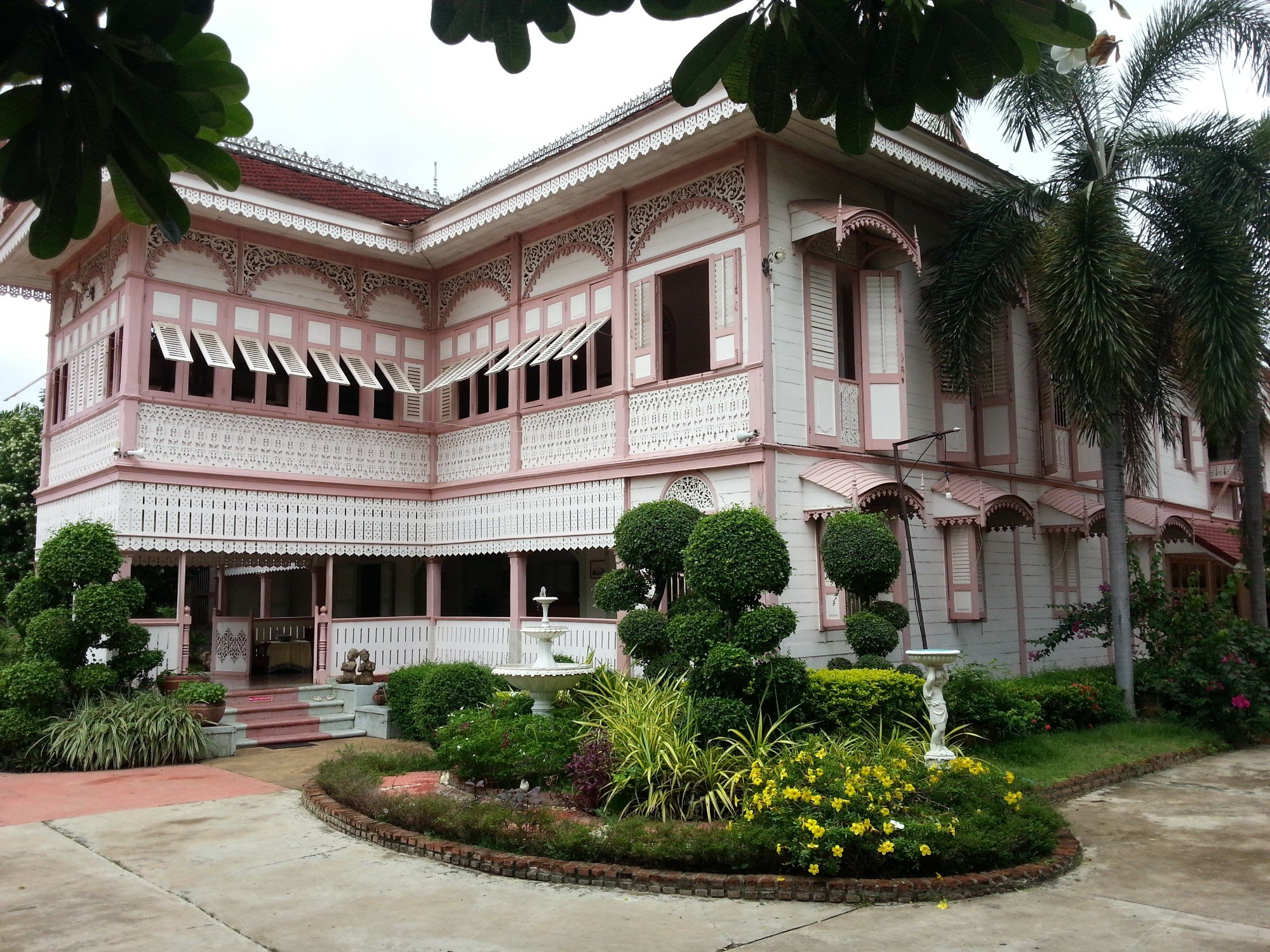 Side view of the Vongburi House Museum

The Vongburi House house took 3 three years to construct overseen by a builder brought to Phrae from Canton in China. The house is almost entirely made from teak wood. At the end of the 19th Century and the beginning of the 20th century the province of Phrae was one of the world’s main producers of teak wood and the local nobility became very wealthy through control of this trade. The Vongburi House is one of a number of grand mansions built in Phrae. In a self-evident display of wealth many of these houses incorporated design features from Europe. The Vongburi House is one of the best examples of this, using a pink colour scheme and decorative wood in a similar way to the grand colonial houses constructed by the British and particularly the French across their Asian colonies. 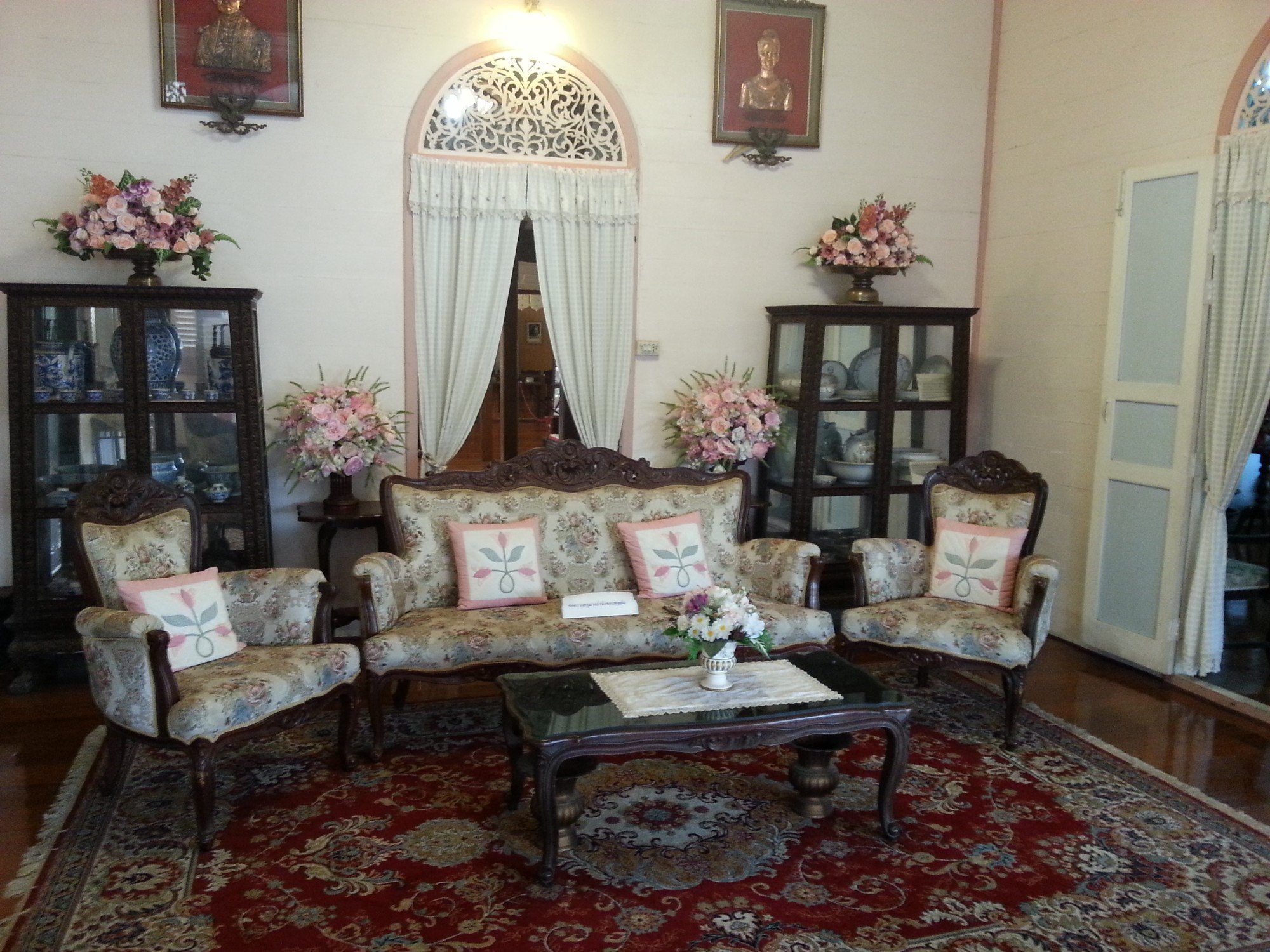 The decoration and furniture inside the Vongburi House is also strongly influenced by Europe, as well as by China. Traditional Thai houses do not have much in the way of furniture. Sofa, rugs and dining tables were at time not something you would see in normal Thai houses and the use of these items in the Vongburi House says a lot about the aspirations and lifestyle of Phrae’s Royal Family. 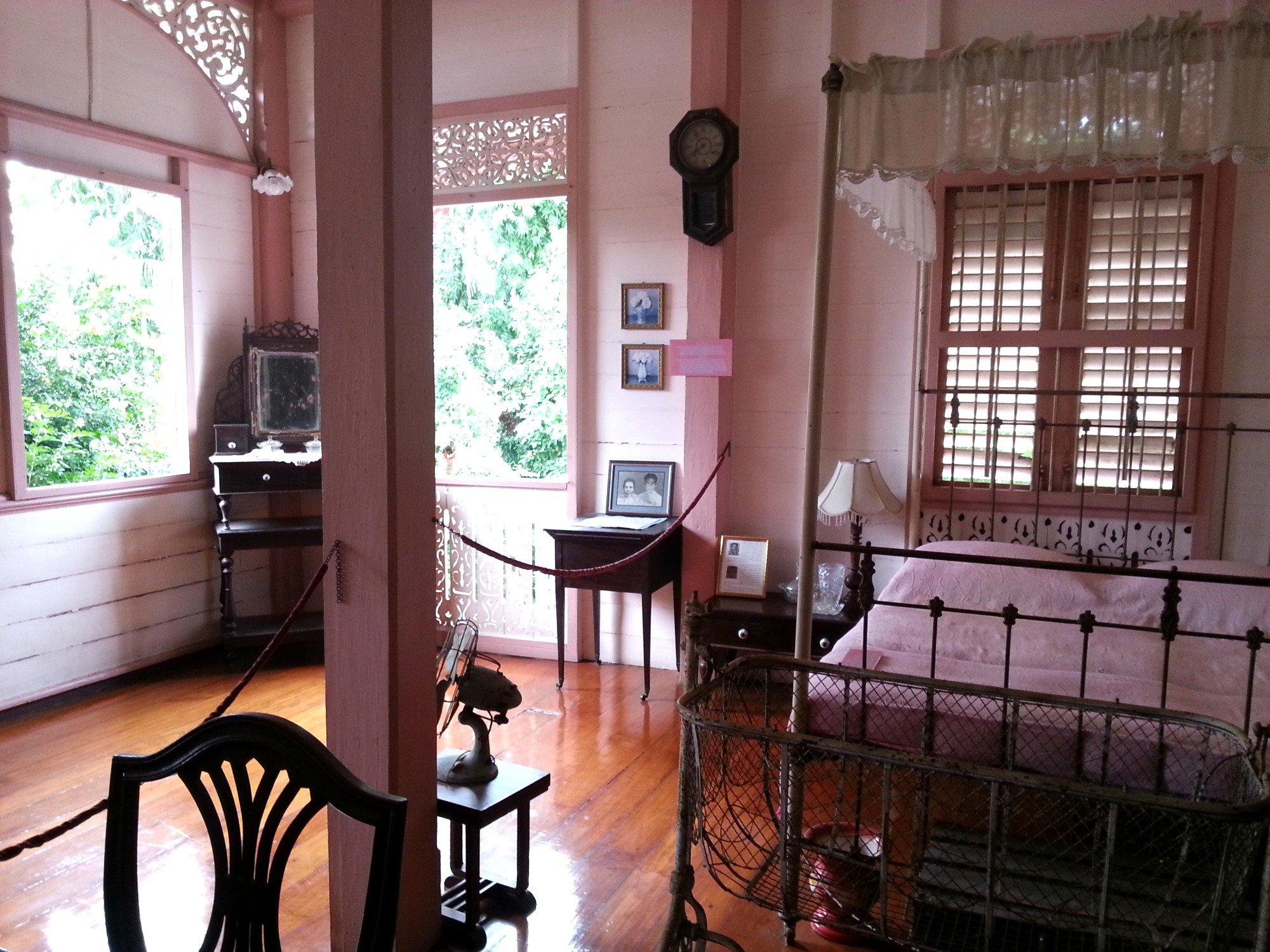 Bedroom at the Vongburi House Museum

As much as the original residents of the Vongburi House may have wanted to appear to live like wealthy and cultured Europeans, there are also some inescapably Asian features to the house. For most of the year the climate in Phrae does not permit the use of closed glass windows, heavy curtains, carpets and other cold weather furnishings. In a time before electricity was available to power fans, and air-conditioning was invented, keeping houses cool in the hot weather meant having as many open windows as possible to allow the circulation of air. The house contains no glass in the windows at all but instead lots and lots of shutters to deflect direct sunlight whilst allowing breezes from the outside to penetrate the interior of the house. 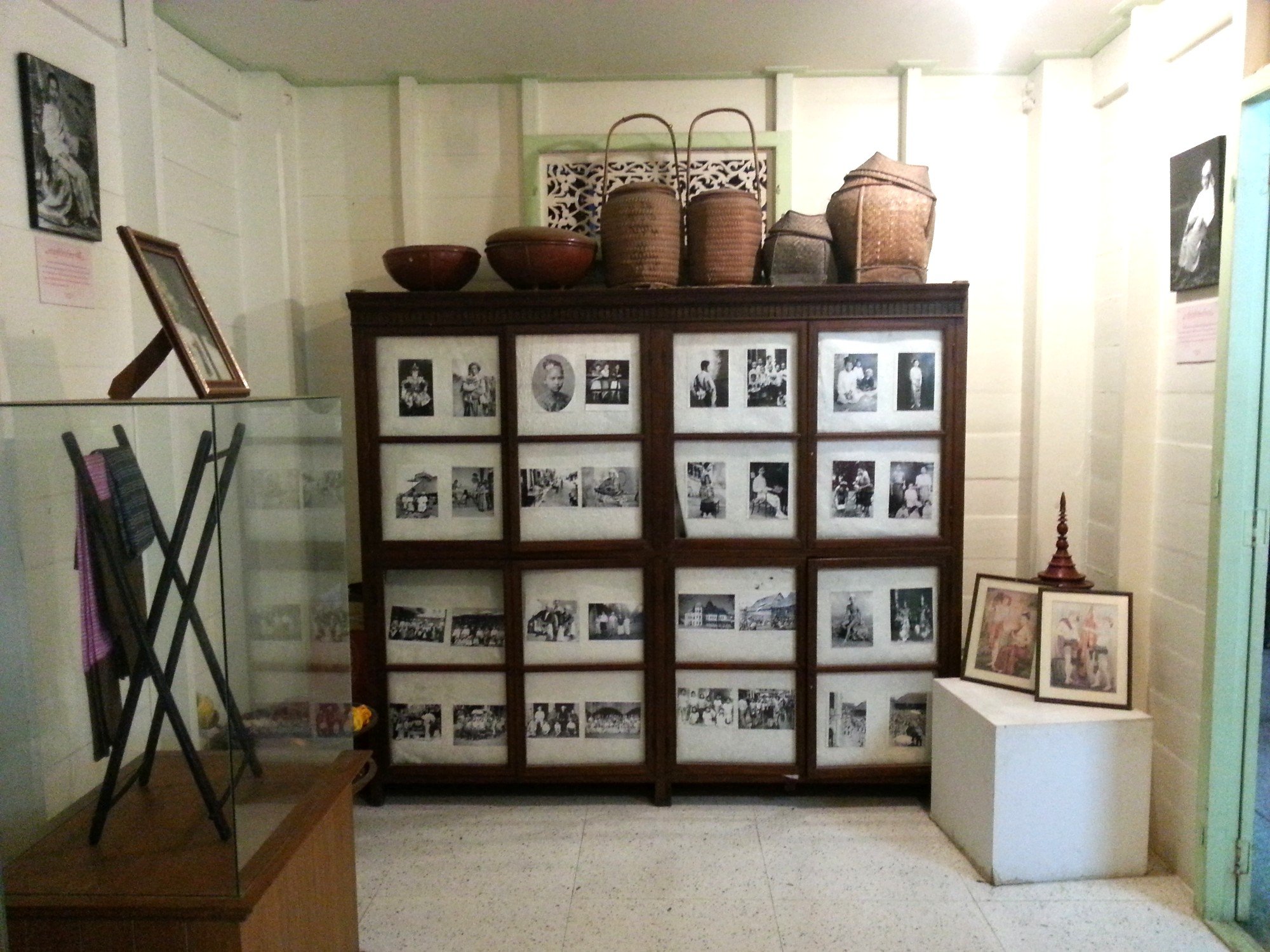 The main living areas at the Vongburi House Museum have been kept pretty much as they might have looked at the time the house was built, however, smaller rooms – presumably used as living quarters for servants and storage – have been transformed into display galleries. 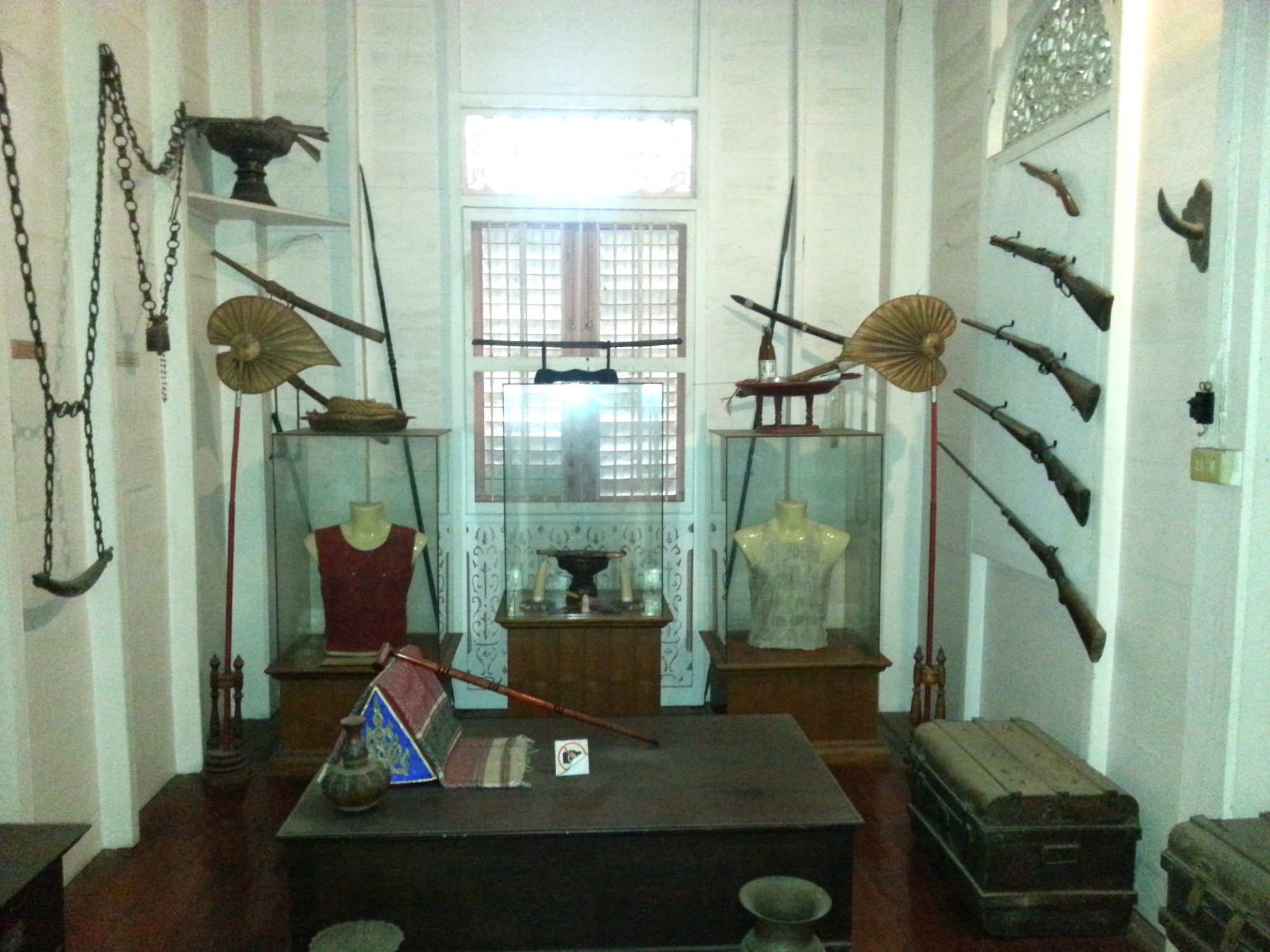 Display at the Vongburi House Museum

The display galleries at the Vongburi House Museum focus on the family who once lived at the house and the local teak trade. The old black and white photographs show the family and also the logging business at the height of production. 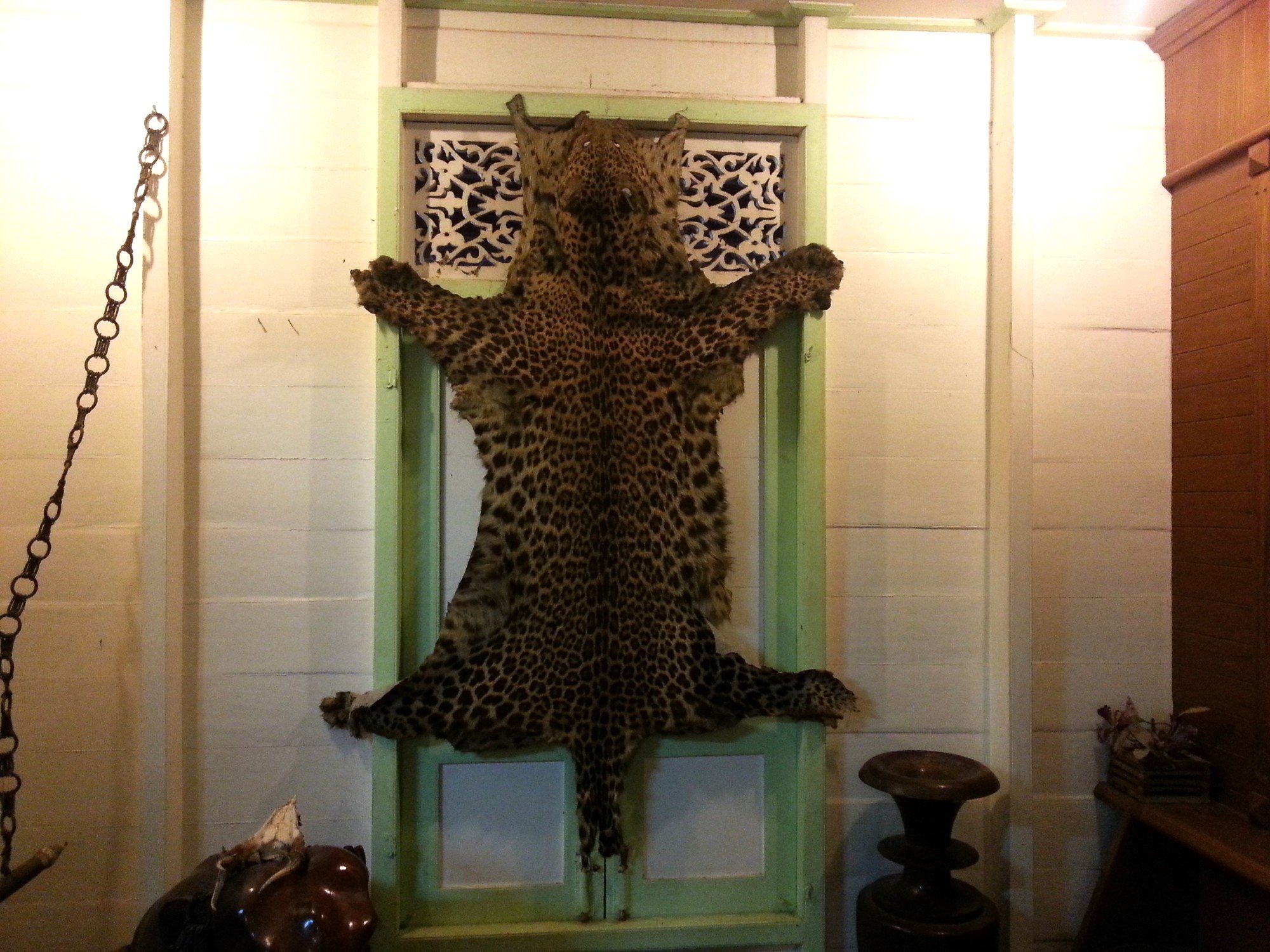 The teak trade is now very small in Phrae Province, with only limited licences granted for the felling of the many teak trees which still grow on the hills around Phrae town. Sadly, significant environmental damage has already been caused to the area particularly in terms of the local wildlife. The leopards and other exotic wildlife which the local nobility used to hunt for sport no longer exist in any great numbers in this part of Thailand. The Vongburi House Museum is both an interesting old house and a reminder of a lost period when the natural assets of Phrae Province were abundant enough to provide a living for the local population.

Location of the Vongburi House Museum

Next see Bus times from Bangkok to Phrae