There are two ways to get from Pak Chong to Bangkok:

There are 10 direct train services a day from Pak Chong to Bangkok.

There are 4 minivan services a day from Pak Chong to Bangkok which you can book online. Travel by minivan tends to be quicker and more reliable than travel by train because of the frequent delays on Thailand’s railway network.

Use the Search Box below to buy tickets from Pak Chong to Bangkok.

Only minivan tickets are currently available to book online. If you want to buy a train ticket from Pak Chong to Bangkok you need to go to a train station in Thailand. 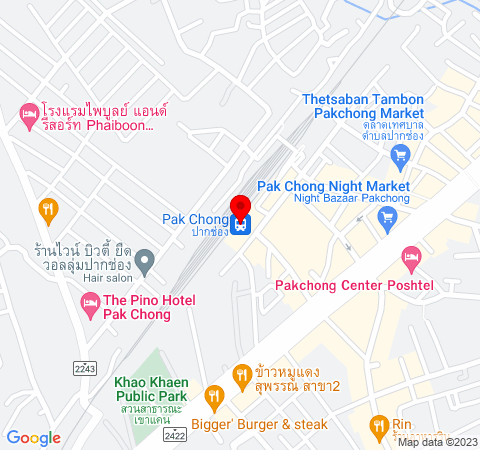 Minivan services to Bangkok depart from a minivan station on the opposite side of the road to Pak Chong Night Market. 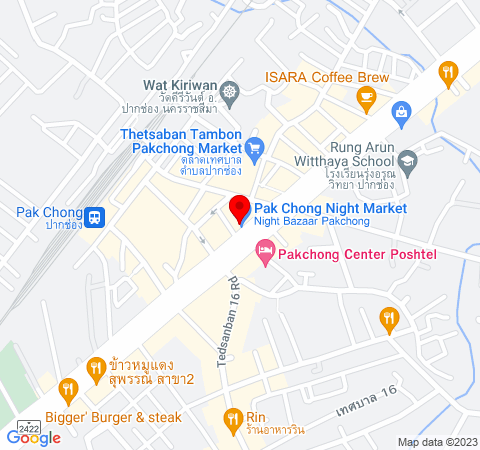 Location of the Bangkok Train Station 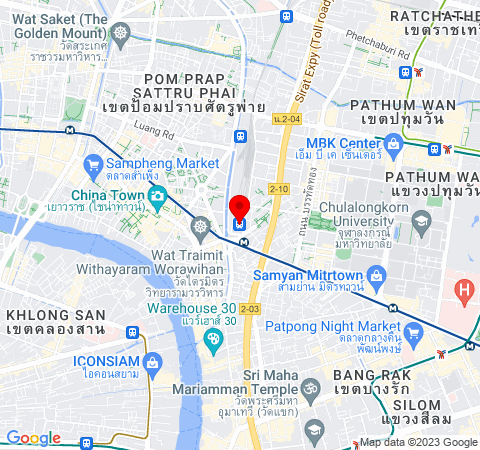 Location of the Bangkok Minivan Terminal 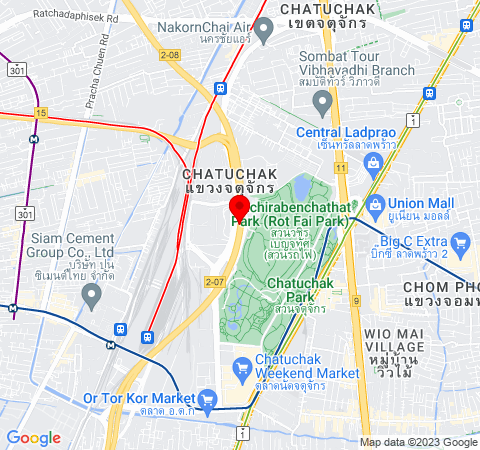 Morchit New Van Terminal is located to the north of Bangkok city centre near to the Northern Bus Terminal. Morchit New Van Terminal is not connected to Bangkok’s rapid transport system and for onward travel in Bangkok your best option is to take a meter taxi from the taxi rank in the main terminal, a short walk away, to either Chatuchak MRT (metro) station or Mo Chit BTS (skytrain) station. On the meter a taxi to either destination should cost between 50 and 60 THB. It is not a long way. Alternatively you can catch a bus direct to Don Mueang Airport. There are frequent departures on the A1 shuttle bus from the Northern Bus Terminal to Don Mueang Airport. The fare is 30 THB and the journey to the airport takes around 40 minutes. 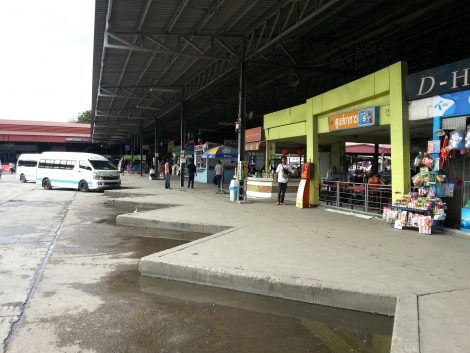 Onward travel in Bangkok is much more straightforward from Bangkok’s main railway station, Hua Lamphong Station, where trains from Pak Chong terminate. There is a metro station underneath the train station. By metro you can connect with the BTS (skytrain) network and also the Airport Link to Suvarnabhumi Airport. You can also take a meter taxi from Hua Lamphong Railway Station from the taxi rank outside the station or even a bus although we don’t recommend either of these options because unless you are travelling a very short distance the journey is likely to take a lot longer by road than by metro because the traffic in China Town where Hua Lamphong Train Station is located is notoriously bad. 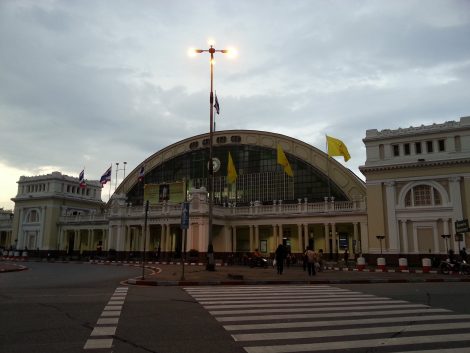 If your next destination after Bangkok Train Station is the area around the Khao San Road you can take a Chao Phraya Express Boat (if you arrive in Bangkok during daylight hours where the boats operate). Its a 1.2 km walk from the train station to Pier No 4 (the Marine Department Pier) on the Chao Phraya Express Boat network. From Pier 4 take any boat heading north and alight at Pier 13 (Phra Arthit Pier) which is on the Phra Arthit Road. From Pier 13 its a 750 metre walk to the western end of the Khao San Road. The boat fare will be less than 20 THB.

Next read about travel from Hua Hin to Pak Chong