The Thumrin Hotel is an inexpensive 3 star hotel in the centre of Trang. Booked online double rooms cost from 700 THB and suites from 1,500 THB. This is the place to stay overnight on route to and from islands such as Koh Lipe, Koh Libong and Koh Muk.

Good points about the Thumrin Hotel

The Thumrin Hotel is located 110 metres walking distance to Trang Railway Station right in the centre of Trang town, near to the markets and restaurants for which Trang is famous. Joint bus and boat services to the islands depart from in front of the railway station as do local motorbike taxis and tuk tuks for the 3.5 km journey to Trang Bus Terminal. In terms of location there is no where better to stay in Trang than at the Thumrin Hotel. 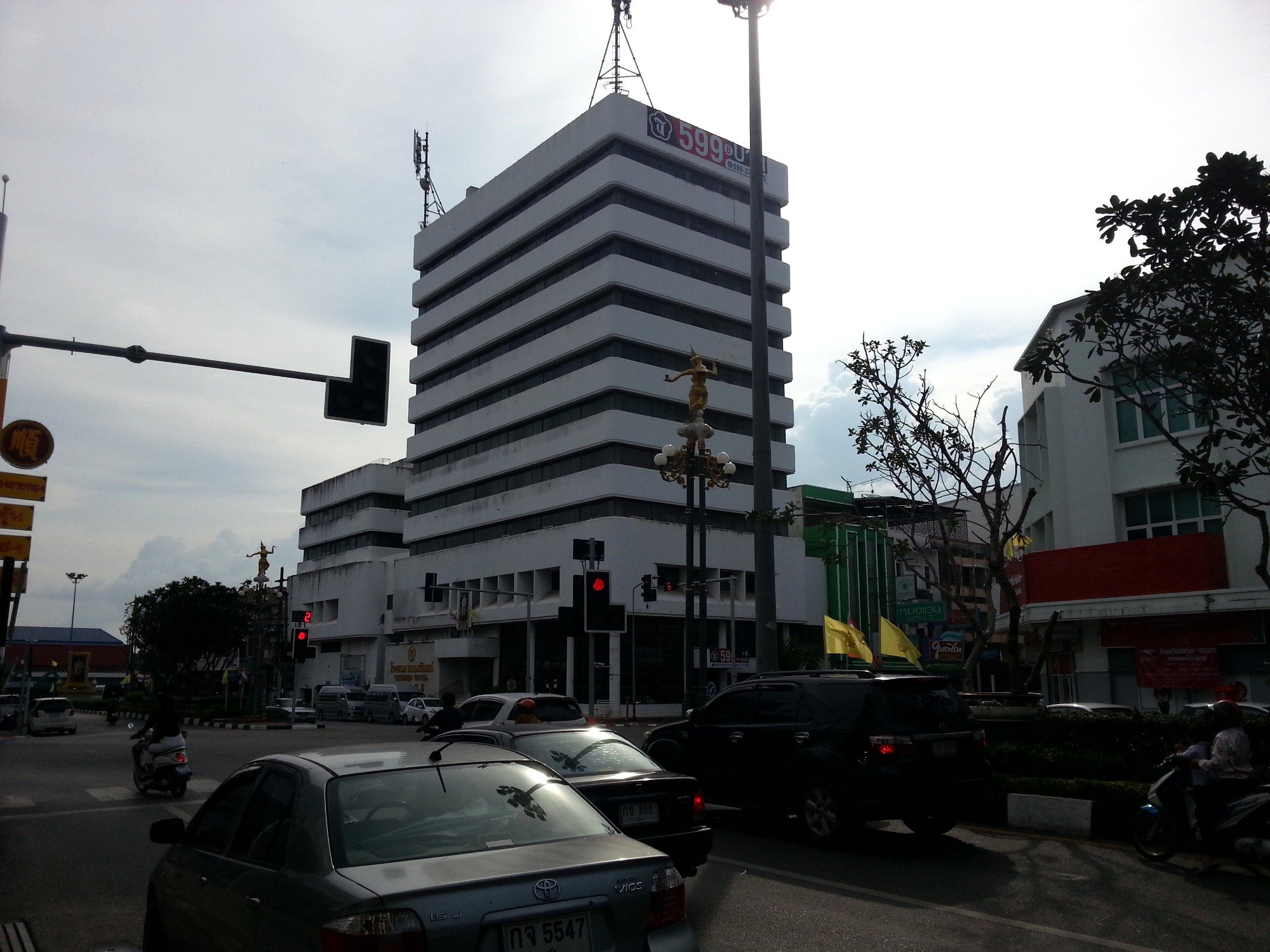 The Thumrin Hotel is a large purpose built hotel with 289 rooms opened in 1996. It’s a professional operation with efficient and polite service and the property is well maintained. You are guaranteed a trouble free stay here because they have the ability and resources to deal with problems. It’s a reliable choice of accommodation.

The Thumrin Hotel is also good value for money. The rooms are good quality and the public spaces are large and well decorated. With a bit more investment the Thumrin Hotel could easily be transformed into a luxury hotel although such a conversion would be a poor business decision because there is a relatively low level of demand, and the same hotel group already operates a more luxurious hotel nearby in Trang town centre, the Thumrin Thana Hotel.

Rooms at the Thumrin Hotel

The standard room at the Thumrin Hotel, the Business Double or Twin Room, has a floor area of 24 sqm and the Suites are very large with a floor area of 46 sqm. Both room types are adequately sized for one or two people sharing 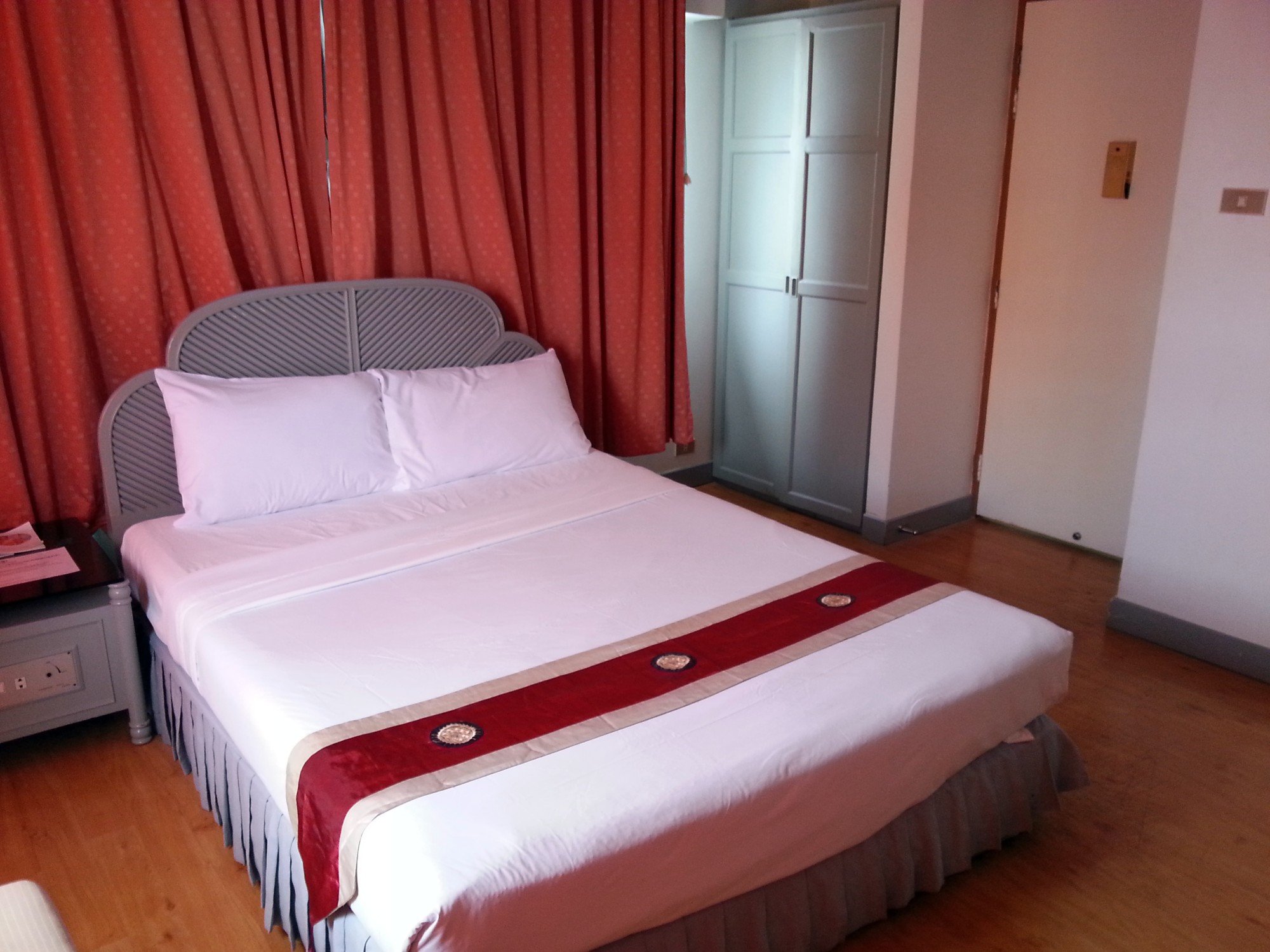 Bed at the Thumrin Hotel

The rooms at the Thumrin Hotel look as though they have been recently redecorated. The beds are comfortable and the bed linen is very clean. The air-conditioned worked fine. The room also have lots of windows allowing guests good views of the town. 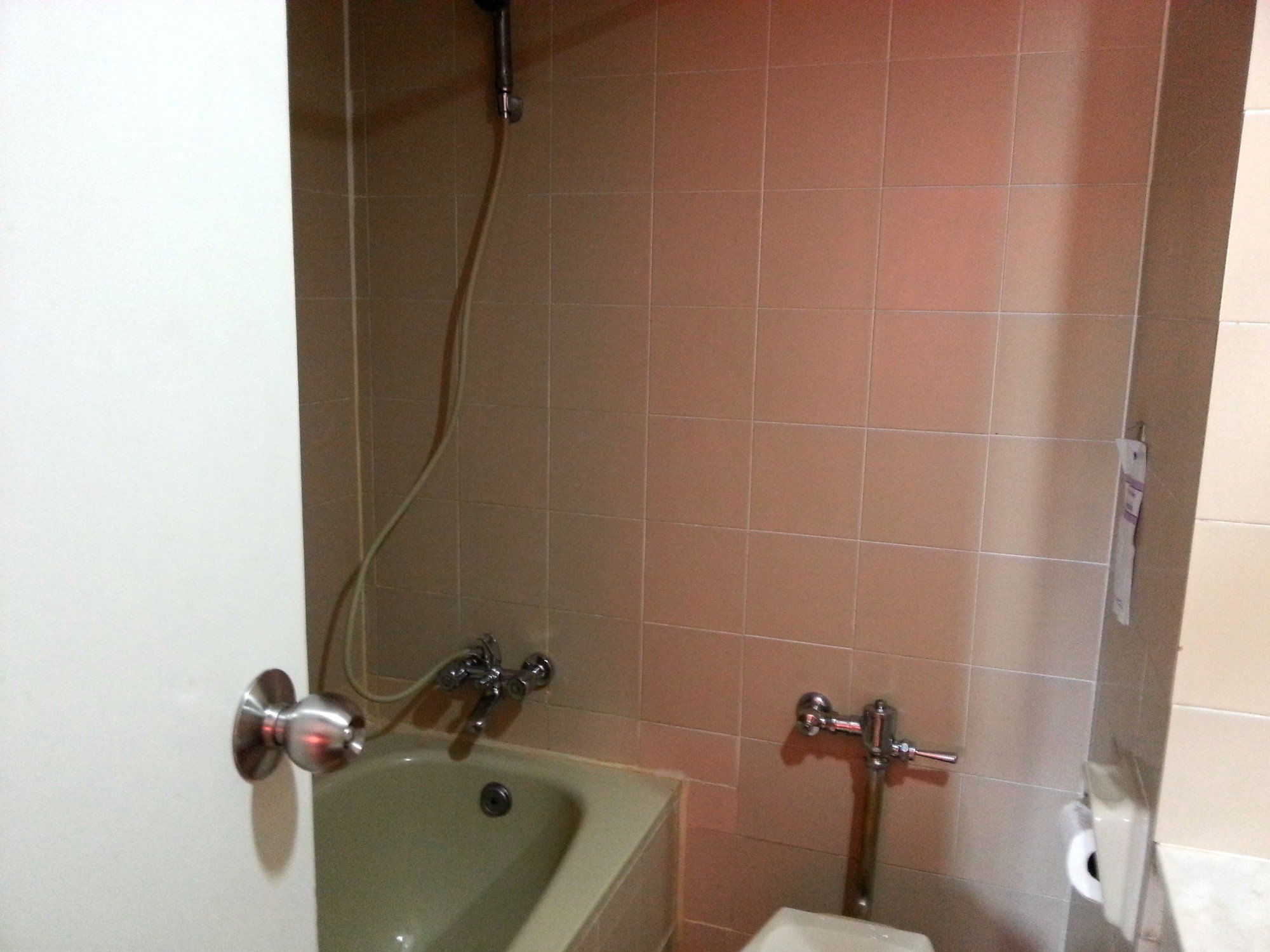 Bathroom at the Thumrin Hotel

The bathrooms at the Thumrin Hotel are old fashioned with actual baths with a shower curtain installed. This said, everything in the bathroom worked well and the shower had good water pressure and was warm. Low pressure water and tepid temperatures are a common problem with hotels in Thailand but not at the Thumrin Hotel.

Facilities at the Thumrin Hotel

All rooms at the Thumrin Hotel have a fridge which is permanently on (it doesn’t stop working when you leave the room) and an old fashioned TV. There are a limited range of English language channels on the TV including an American channel with crime series and two news channels, but no film channels. The free WiFi does, however, work well and if you have a tablet or laptop with you then you can stream something to watch in the room fairly efficiently. 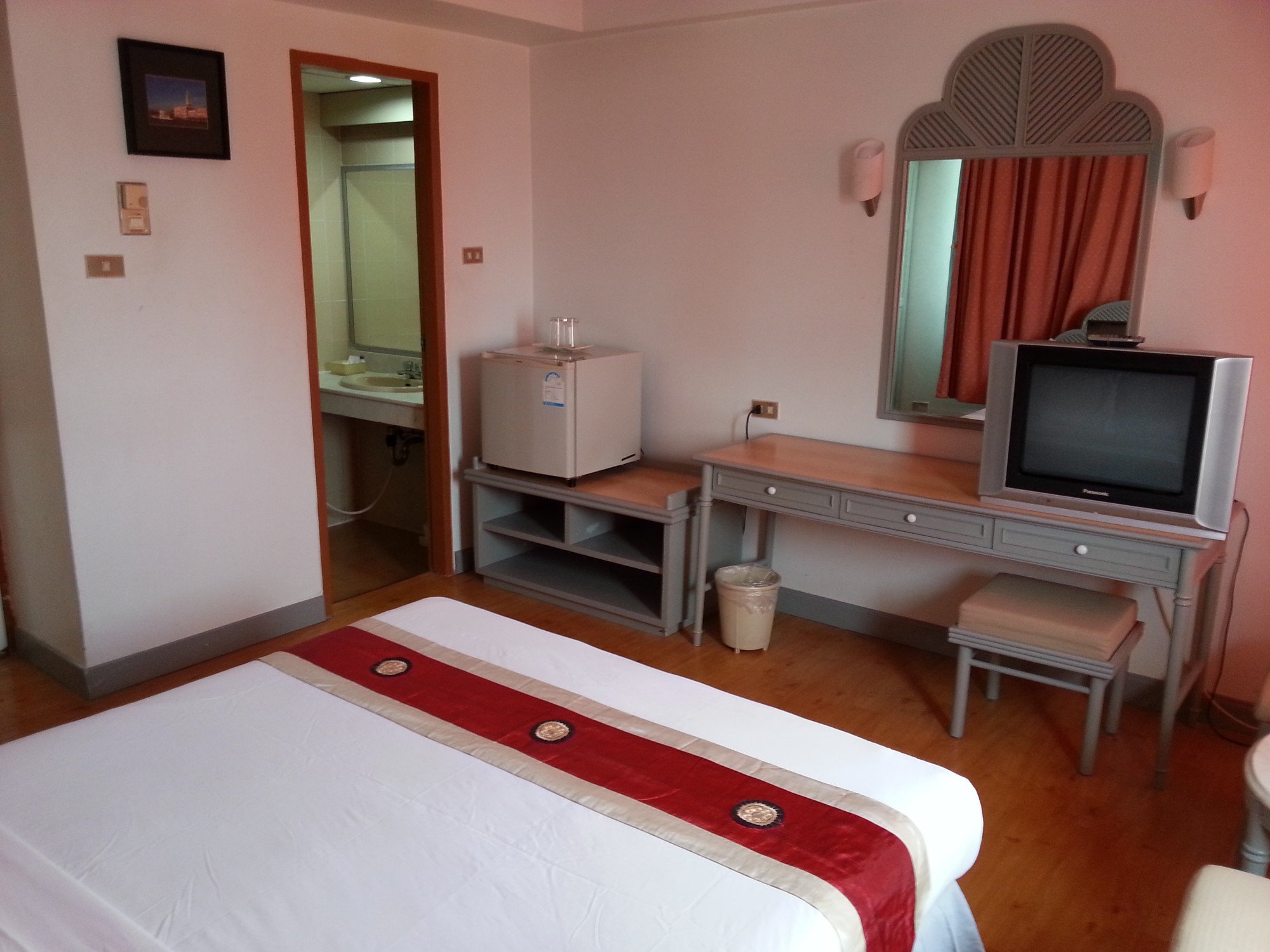 Room facilities at the Thumrin Hotel

There is a cafe style restaurant on the ground floor of the Thumrin Hotel which serves drinks and a limited range of Thai and international dishes at moderate prices. There are better places to eat in Trang but the restaurant is handy if you don’t really fancy trying to locate somewhere good to eat in the evening. There is also a branch of 7-Eleven not too far from the hotel where you can buy drinks and snacks.

Location of the Thumrin Hotel

Next read about Travel from Trang Railway Station to Koh Lipe