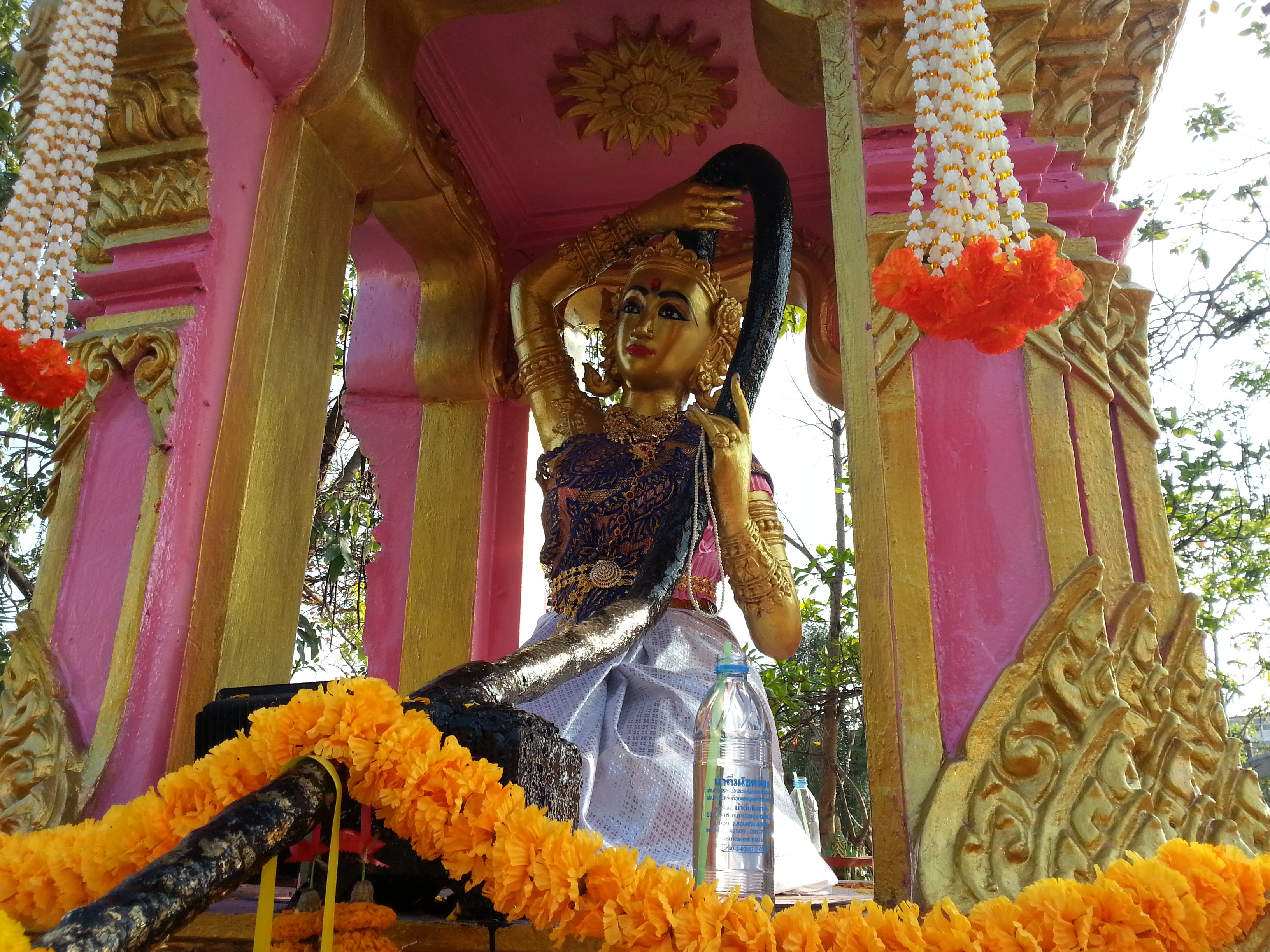 The Thewasathan Phra Mae Thoranee Shrine is open 24 hours a day and admission is free. 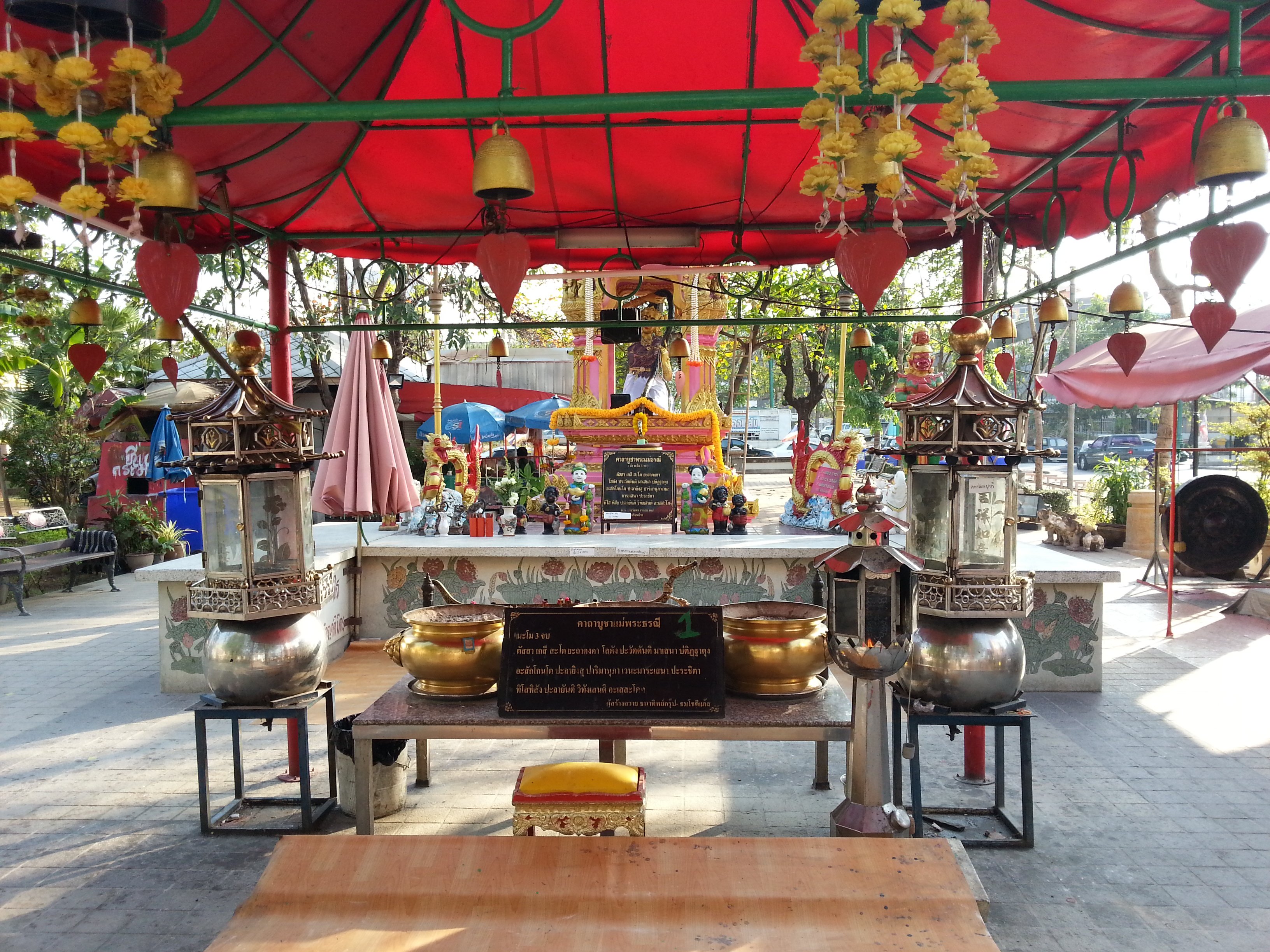 Many Thai Buddhists come to this shrine to make prayers and offerings to Phra Mae Thoranee to ask for her assistance. Phra Mae Thoranee is seen to embody the virtue of compassion. The shrine is also where the Water Ceremony takes place. During the Thai Buddhist Water Ceremony monks pour water from a glass into a vase and then onto the ground to return the water to the Earth deity. The belief is that the pouring of the water is a way of connecting the 31 planes of existence in Buddhist theology. 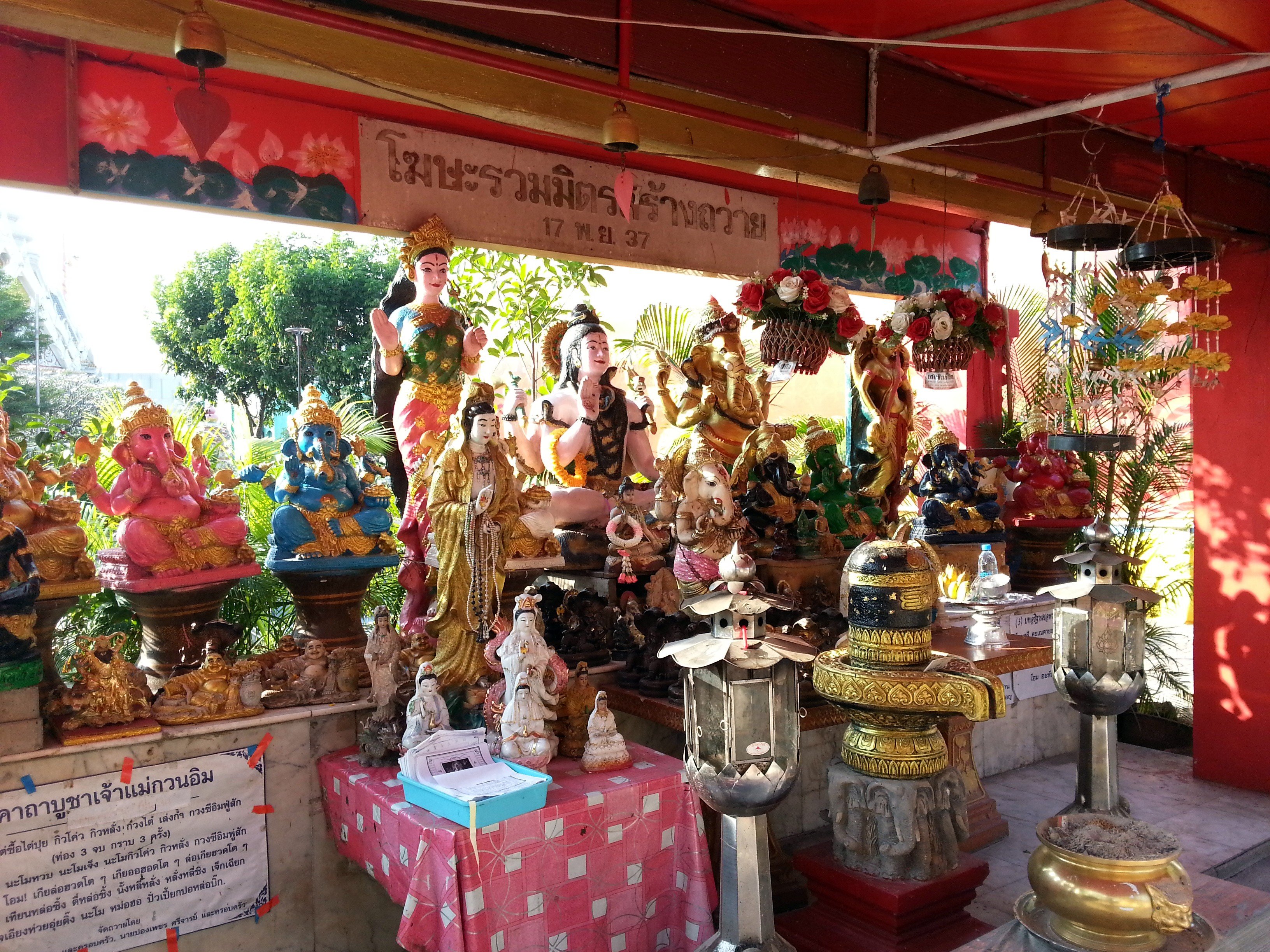 Around the Thewasathan Phra Mae Thoranee Shrine there are lots of other statues and shrines relating to Hinduism, Taoism and Chinese folk religion. Thai people come here to pray for things to happen and not happen and appeal to a range of deities for that reason. Religious and superstitious beliefs are very complicated in South East Asia and they draw on multiple religious traditions, including local beliefs that predates the introduction of Buddhism to Thailand. If you can visit the Thewasathan Phra Mae Thoranee Shrine with a Thai person who can explain what everything means then you definitely find a visit more interesting.

Next see Bus times from Khon Kaen to Chiang Mai