Songkhla Old Town is part of Songkhla, in Southern Thailand, where many of the buildings are between 50 and 200 years old. 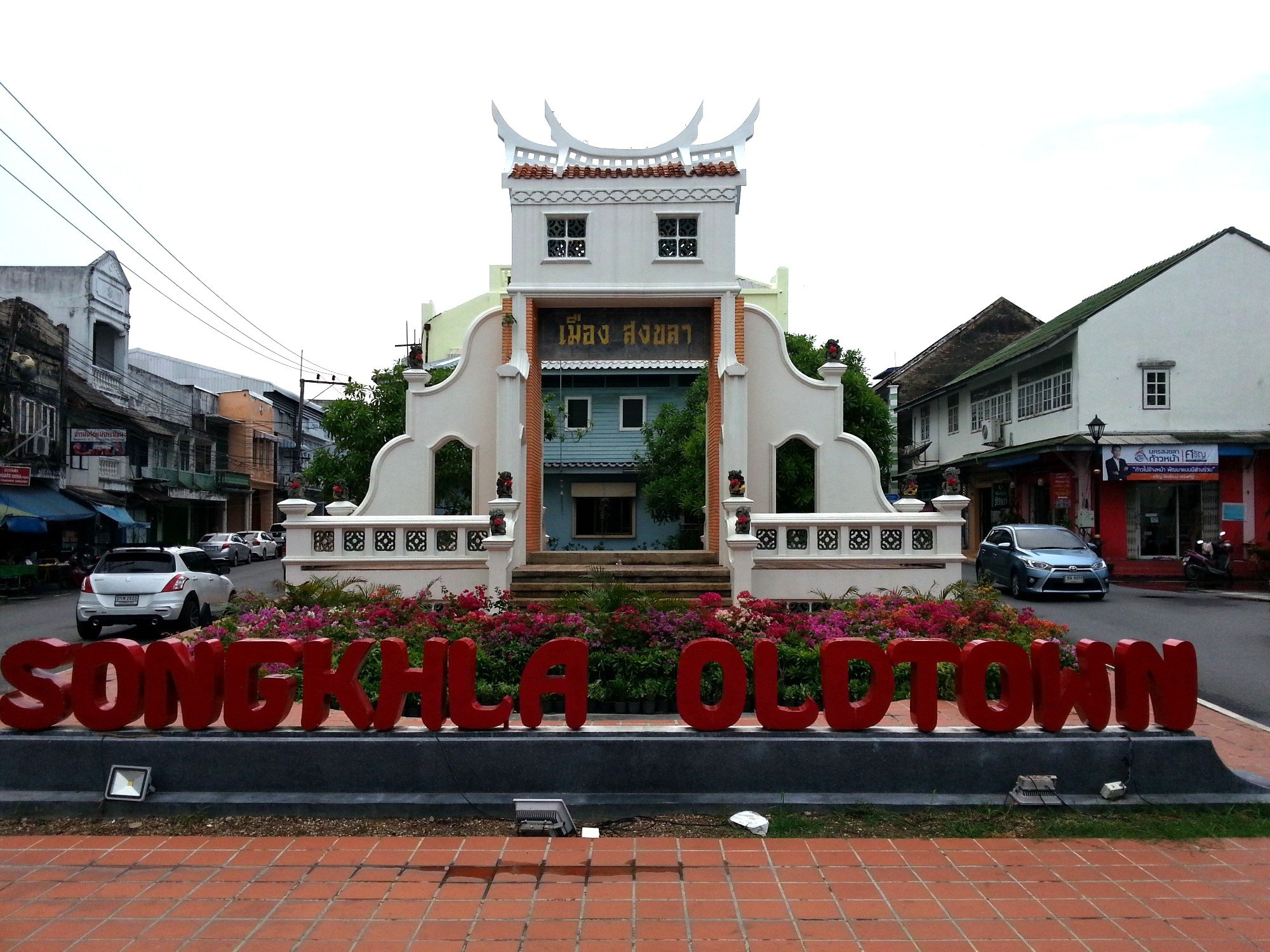 Songkhla Old Town is an area with a large Thai-Chinese community which the local government and national tourism department of the Thai Government is trying to promote as a tourism attraction in its own right. Songkhla currently has a moderate number of visitors mainly from Thailand and Malaysia who mostly come to enjoy Samila beach and the attractions around Songkhla Lake. The objective of branding the area as the ‘Old Town’ is try and emulate the success of Phuket’s Old Town area in attracting more tourists.

Songkhla Old Town is located in area bordered by the Narathiwat Alley to the south, Nakhonnok Street to the west, and the Sai Buri Road to the north and east. The Songkhla Old Town Gate is roughly in the centre on the old town area at the western end of the Raman Road near the start of southern end of Nakhonnok Street, which is the most popular part of the old town area. 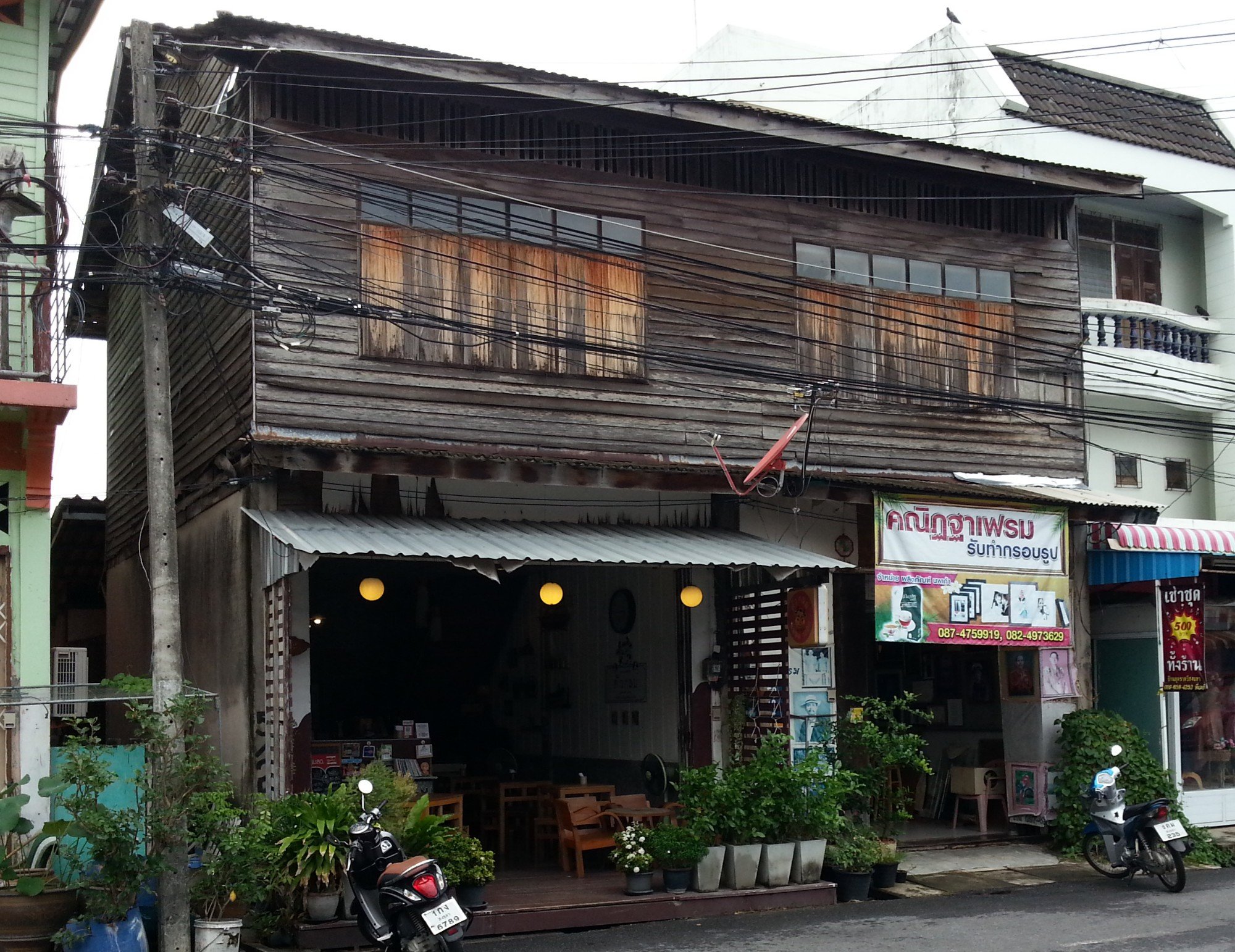 One of the interesting things about Songkhla Old Town is that the buildings, although nearly all associated with a Chinese immigrant community Songkhla, have a range of architectural styles and were built at different times. 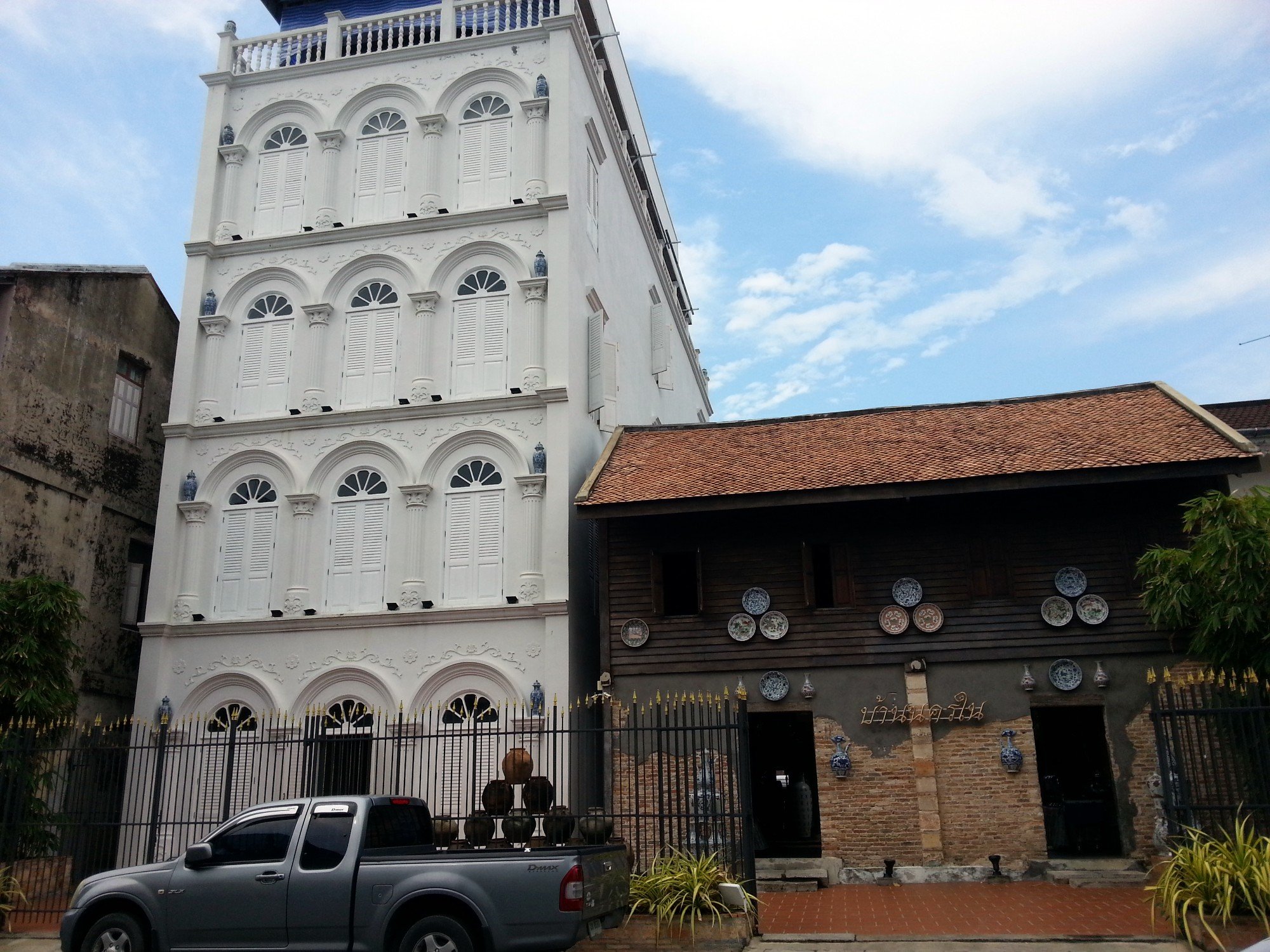 The information board near Songkhla Old Town Gate states that there are four different kinds of building to look out for in the area: 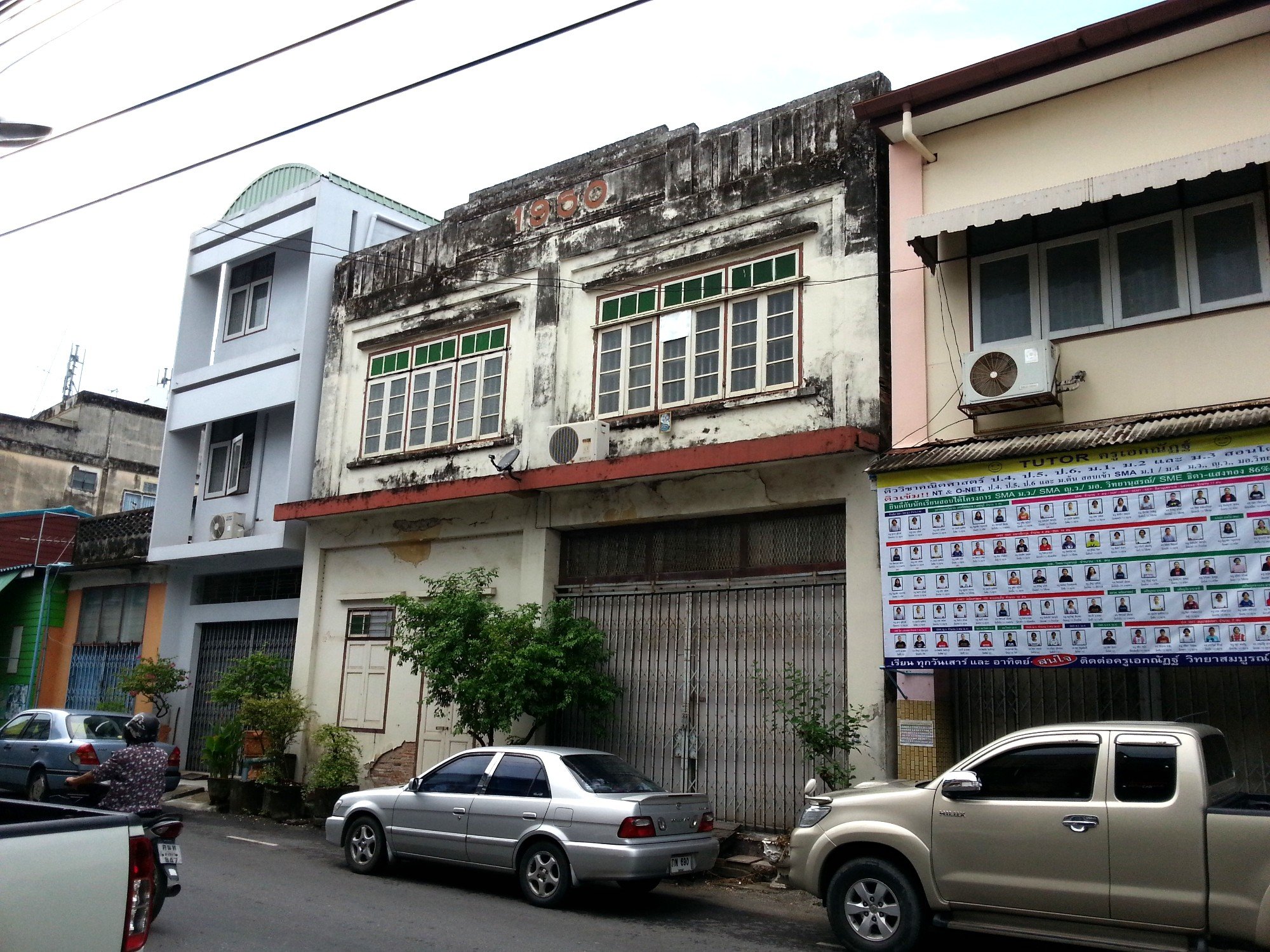 Many of the older buildings in Songkhla Old Town have now been changed from shops either into restaurants, cafes or souvenir stores. The buildings in the south of the Old Town area cater mainly for local people selling inexpensive local dishes, whilst the premises in the more popular northern part of the old town area largely cater for tourists. 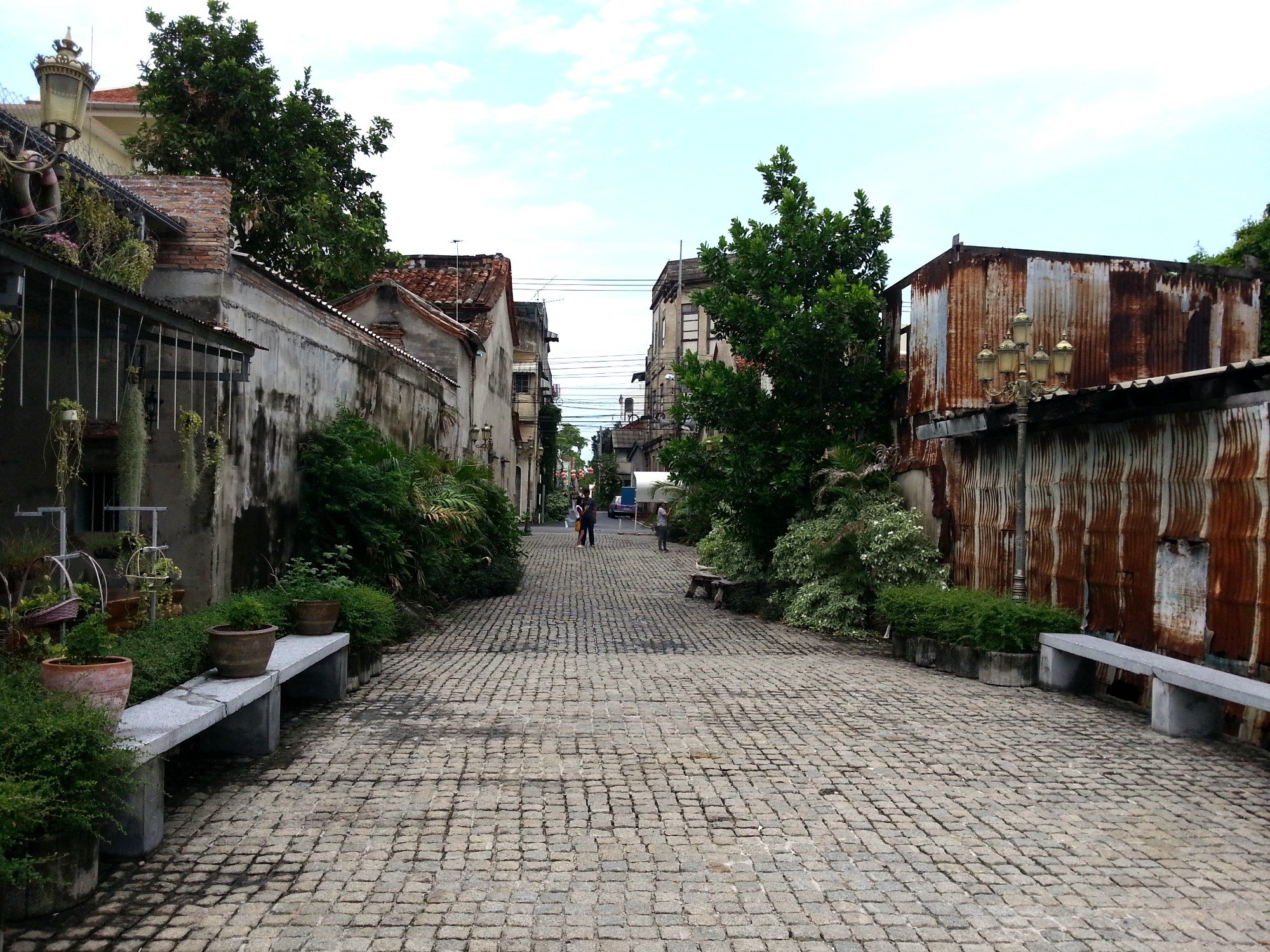 Songkhla Old Town also has some jetties, many of which are now longer in commercial use. Songkhla Old Town is near the opening from the lake into the sea creating a natural harbour for ships to unload goods in calmer water. The Old Town area was once a thriving trading centre which is why so many buildings are located in this part of Songkhla. 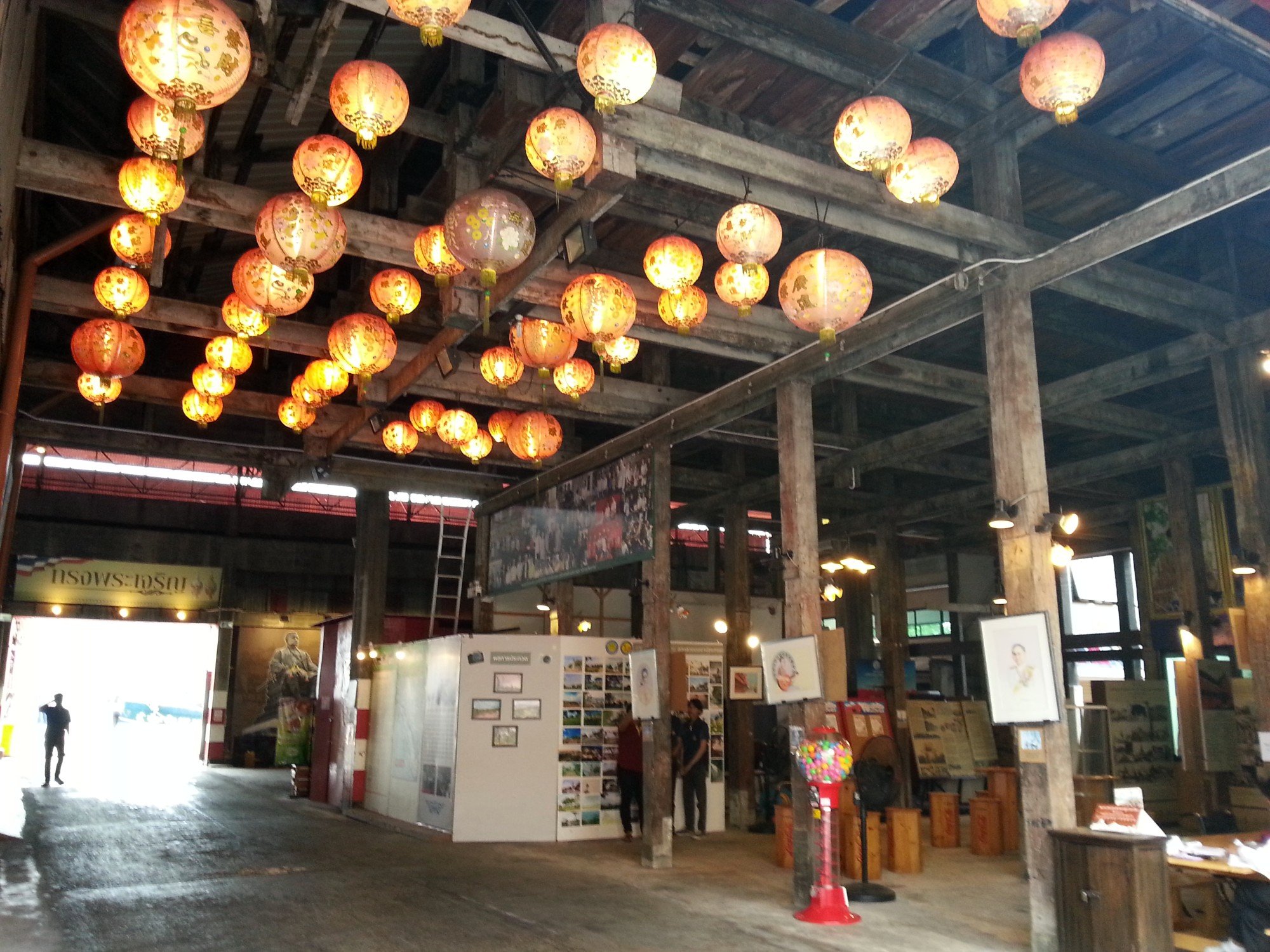 One of the better preserved buildings in Songkhla Old Town is the Hub Ho Hin, or Red Rice Mill. This large wooden building was known as the Red Rice Mill because it contained a large steam driven rice mill and the outside was painted red. The building was completed in 1921 and the exterior wall are made of tropical hardwood. The Red Rice Mill has been opened to the public as a tourist attraction and you can walk through the building free of charge to a large jetty at the rear where the raw rice used to be delivered to the mill and the milled rice then sent by ship to be sold throughout the region.

Next see Bus times from Bangkok to Songkhla