The Phra Nang Chamathewi Monument is a statue in Lamphun town centre inaugurated in 1982 by then Crown Prince Maha Vajiralongkorn Bodindradebayavarangkun. The statue is located in Nong Dok Park and is open to visitors every day, all day.

About the Phra Nang Chamathewi Monument

Lamphun was once the capital of a significant Kingdom which encompassed most of what is now the Northern Region of Thailand. The people of Lamphun are very proud of this fact, and they also very proud of Queen Chamathewi who was the first ruler of the Hariphunchai, as both the ancient Kingdom and the town of Lamphun were once known. There are lots of monuments and historical reminders of Queen Chamathewi, also written as Camadevi and Jamadevi, in the town of Lamphun but this statue is the main one local people visit to pray to Queen Chamathewi. The fantastic chedi where Queen Chamathewi’s remains are believed to be enshrined, at the nearby Wat Chammathewi, is not as popular as a place to worship the former queen. 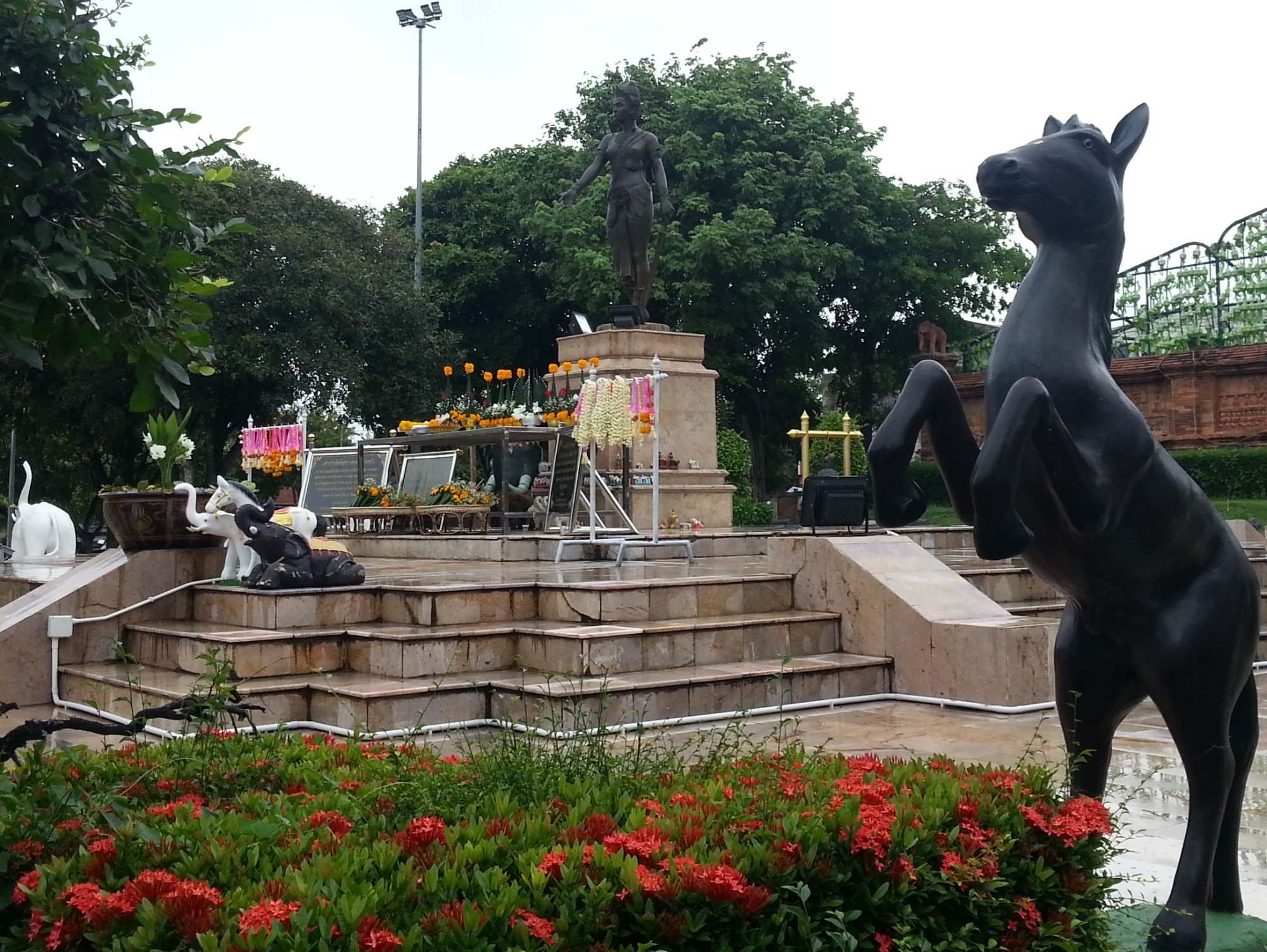 There is little doubt that Queen Chamathewi was real history figure who at one time ruled over the town of Lumphun. All the details about who she was, exactly when she lived and how she became the ruler of Hariphunchai was a matter of debate with conflicting accounts in the various ancient accounts of the period. Queen Chamathewi was born some time in 7th Century and was a Princess of the neighbouring Kingdom of Lavo, which at the time controlled most of what is now Central and Southern Thailand, as well part of the North Eastern Region. According to one of the legends Queen Chamathewi was raised by a hermit who lived on Doi Suthep hill near Chiang Mai. Upon reaching puberty the hermit sent the future queen floating down the Ping River river on raft which eventually brought her to the capital of the Lavo Kingdom, whose royal family adopted her and made her a Royal Princess. The hermit, so the legend goes, went on to found the city of Lamphun and invited Princess Chamathewi to become Queen Chamathewi of Hariphunchai. Queen Chamathewi, as it turns out, was an able military leader and through a combination of war, marriage and alliances laid the foundations of one of Thailand’s great ancient kingdoms.

Next see Train times from Bangkok to Lamphun