There are three bus stations in Kota Bharu: 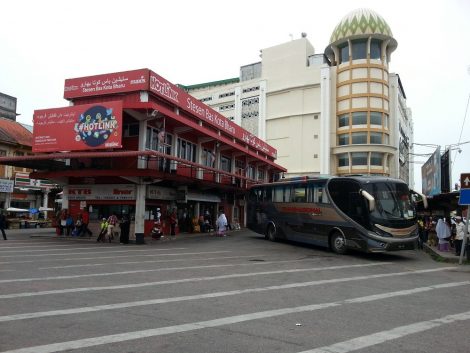 The Jalan Pendek bus station is also the start and finish point for local bus routes to neighbouring towns, including bus services to the pier for boats to the Perhentian Islands and to the Thai/Malay border for the crossing to Sungai Kolok to catch a train north to Surat Thani for Koh Samui and Koh Phangan, or onward to Bangkok.

If you want to take local bus to the Perhentian Islands or to the border with Thailand definitely go the Kota Bharu Central Bus Station (Jalan Pendek). Information about these two local bus routes is given below. Long distance buses run from all three stations. If you are planning to simply turn up and get the next bus then head to the Terminal Bas Kota Bharu which is outside of the town centre behind the large branch of Tesco supermarket near the bridge over the Sungai Kelatan river to the north of Kota Bharu. This bus terminal is 4 km away from the centre of Kota Bharu, and the largest number of long distance services leave from this station. However, not all long distance services leave from this station. There are frequent long distance services from the other two bus stations as well. 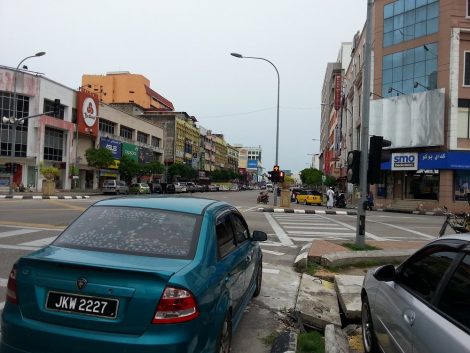 View down the street from Kota Bharu Central Bus Station 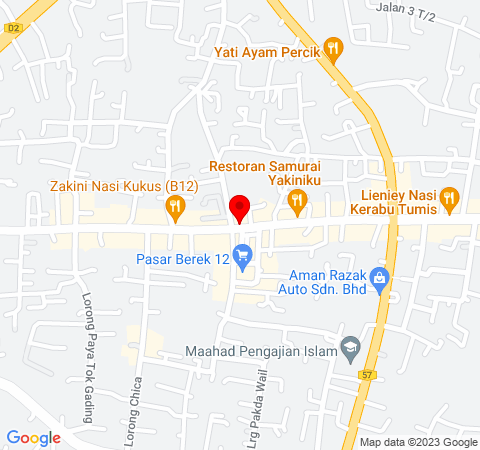 There are very few facilities at Kota Bharu Bus Station itself. Jalan Pendek is more of a large bus stop than a bus terminal and for food and other amenities you need to walk into the surrounding town.

For local bus routes you can pay when you board the bus. For long distance journeys visit the booking offices in the station building. 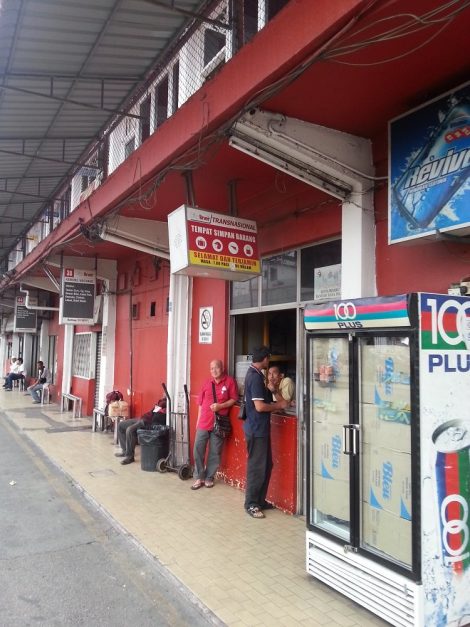 We recommend booking in advance online for five reasons:

Use the Search Box below to buy your bus tickets from Kota Bharu:

From kota Bharu it takes 1 hour 30 minutes to reach Kuala Besut pier from where you can take a speed boat to the Perhentian islands. The fare is 6 MYR (2016). The bus line is number 639. Look for the sign which says the destination is ‘KG. RAJA, BESUT’.

This bus journey takes 1 hour 20 minutes and costs 5.10 MYR (price checked last checked in August 2017). It is bus number 29. The bus terminates at Rantau Panjang bus station which is a 200 metre walk from the border crossing out of Malaysia. If you do not want to walk, you can pay a motorbike taxi driver to take you all the way across the border to Thailand Immigration for 5 MYR. Whilst it is not far to walk to the Malaysian Immigration post, it is a further 500 metres walk to cross over Harmony Bridge to get to the Thai side. 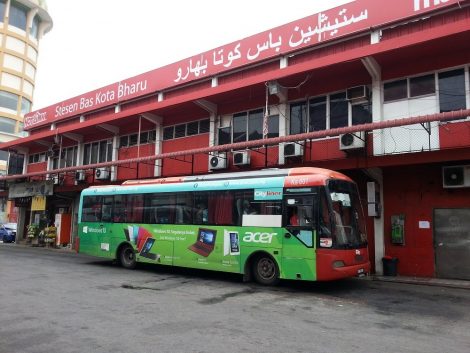 There are two companies providing this service from Jalan Pendek Bus Station: Transnasional and Cepat & Cekap Express. Both companies charge MYR 48.20 for adults and MYR 36.20 for children under 11 years old. The journey time is 9 hours inclusive of rest stops. The arrival point in Kuala Lumpur is TBS (Terminal Bersepadu Selatan) from where you can get catch fast local commuter trains to most city centre locations.

There are two companies providing this service from Jalan Pendek Bus Station: Transnasional and Shamisha Holiday & Travels. They charge 38 to 44.80 YR for adults and 30.60 to 38.00 MYR for children under 11 years of age. The journey takes 7 hours and 20 minutes inclusive of rest stops. The arrival point is Butterworth bus station from where it is walking distance to the car ferry to Penang Island or a short road journey over either two bridges.