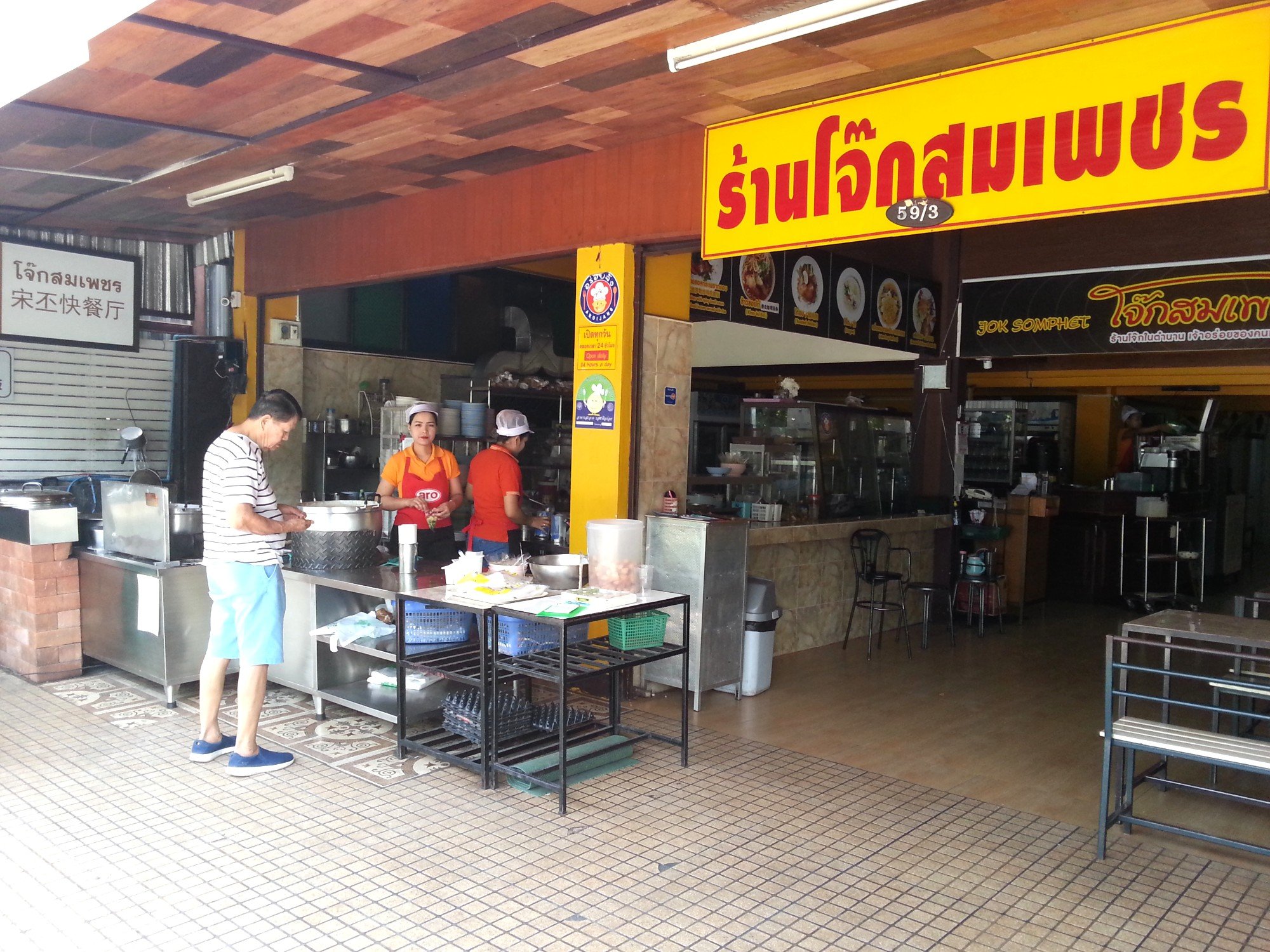 Chiang Mai has lots of cheap Thai retaurants, but Jok Sompet stands out both in terms of the quality of its food and also in terms of its popularity. Amongst residents of the city, Jok Sompet is probably the best known restaurant in Chiang Mai with queues forming every morning with mostly Thai customers coming in for breakfast.

From the outside Jok Sompet looks like a cheap restaurant serving very much standard Thai dishes, although the new premises are far better decorated than the old corner restaurant site next door which is currently under renovation. Jok Sompet also introduced an English language menu and a couple of new dishes since moving to the new location. 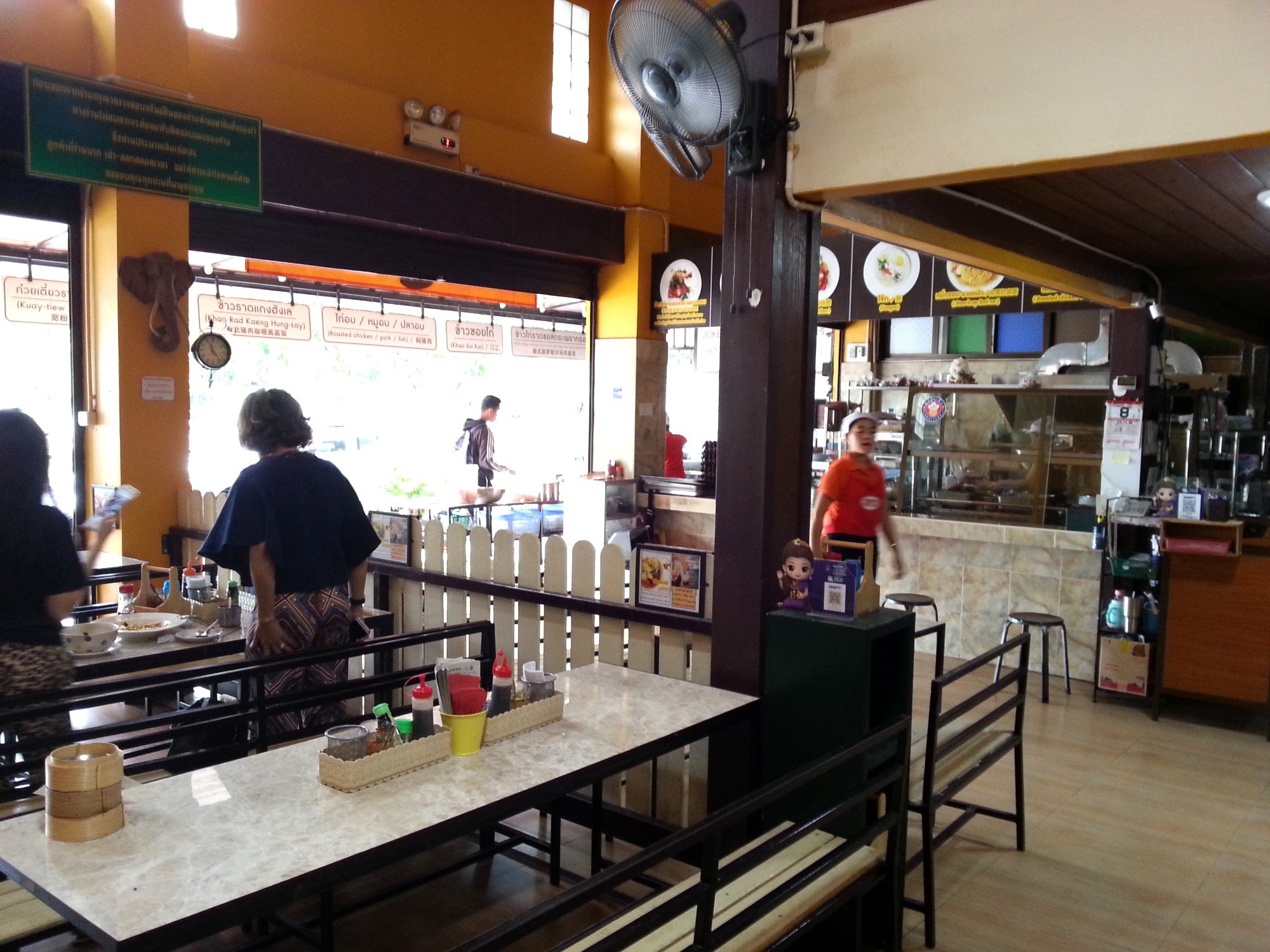 The dish for which Jok Sompet is most famous, ‘jok’ (rice porridge), is not the most popular dish on the menu amongst non-Asian diners. Rice porridge is a dish commonly eaten in Asia and according to rice porridge fans who come to Jok Sompet the rice porridge served there is the best in the city. The popularity of the rice porridge means that this 24 hour restaurant really does get 24 hour a day trade. Thai people like to eat rice porridge for breakfast or in the early hours of the morning after a late night drinking alcohol or working as a taxi driver. It can be difficult to get a table in Jok Sompet before 09:00 for this reason. 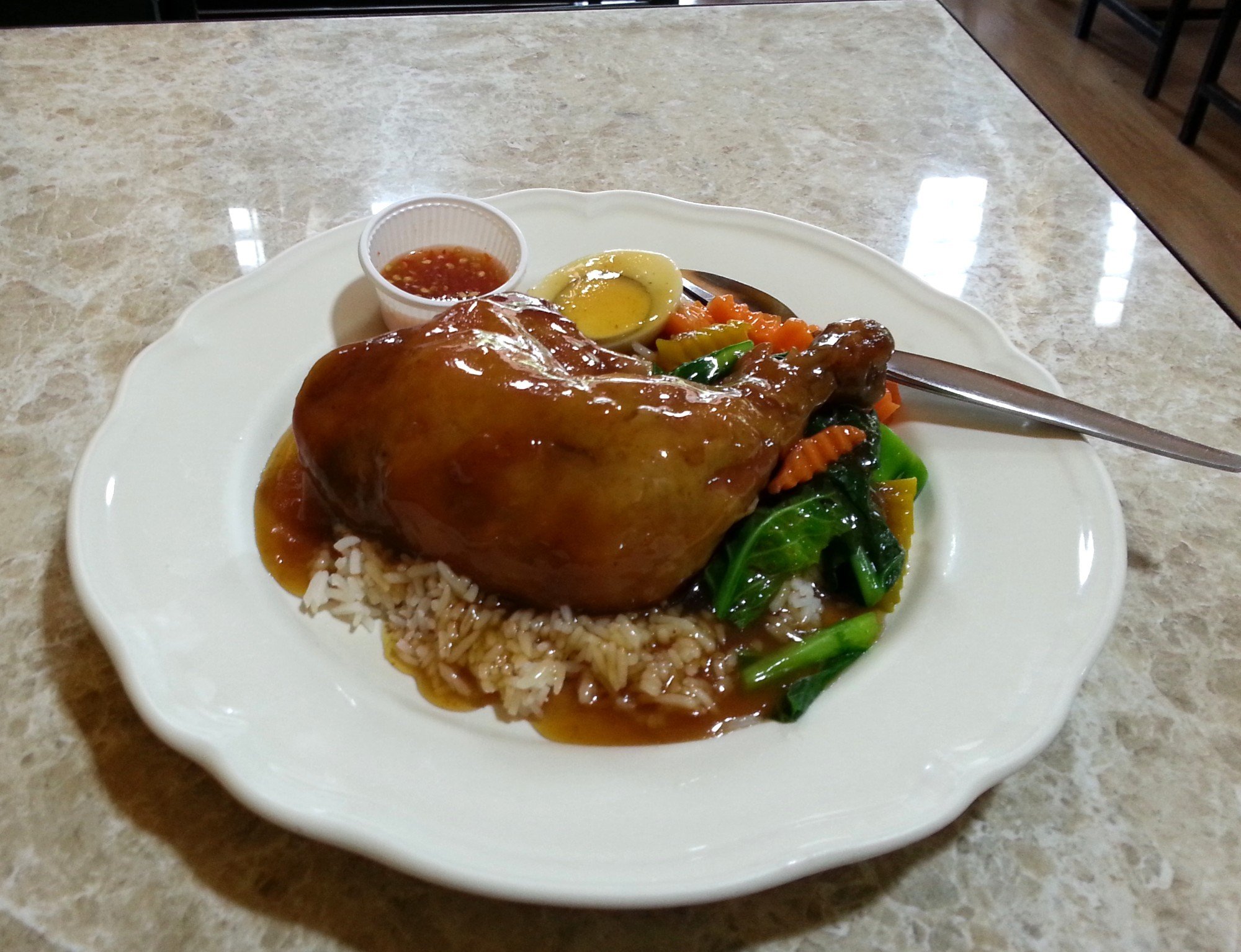 Jok Sompet, however, serves some other really fantastic dishes (as well as the rice porridge) the best of which are: 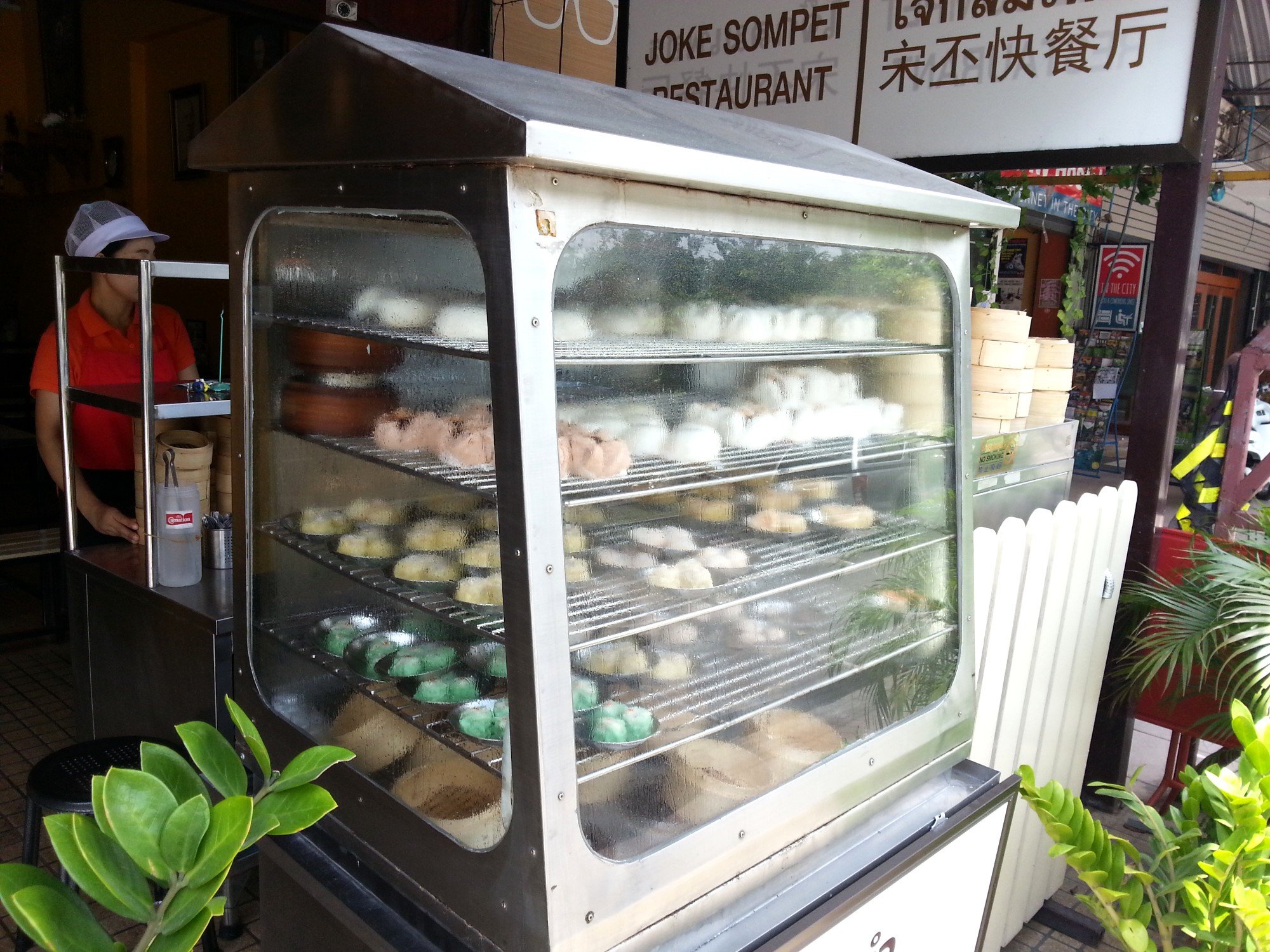 Jok Sompet also sells cheap and tasty dim sum. Each dish is priced 25 THB to 45 THB depending on the item. If the dish is available then it comes very quickly because the restaurant is constantly cooking dim sum as people are constantly coming in and buying it. At quieter times of the day the range of dim sum dishes available reduces. If you want to try the full range of dim sum then try visiting later in the evening when the restaurant is busy and a big variety of dishes will be being cooked.

Next see Bus times from Chiang Mai to Pai