The Easy Hotel is a modern style of purpose built hotel in the Northern Thai town of Lamphun, which is near Chiang Mai. The hotel is not, as the name would suggest, part of the easyHotel chain but it does has many similarities to their hotels.

Good points about the Easy Hotel

The Easy Hotel is different to Lamphun’s other hotels which are are a lot older. The Easy Hotel has a fresh modern feel to it and is clearly designed to appeal to business travellers and others who are passing through the city stopping over a night on the way somewhere else. Its clean and convenient with fast efficient service at the front desk. The Easy Hotel offers Western standard rooms very similar to the mid-priced motels you find in Western Europe near to major roads and mid sized towns. There is nothing quirky or personalised about this hotel. Guests will have very little contact with the staff and it’s not a place where you would want to spend any time except in the rooms. 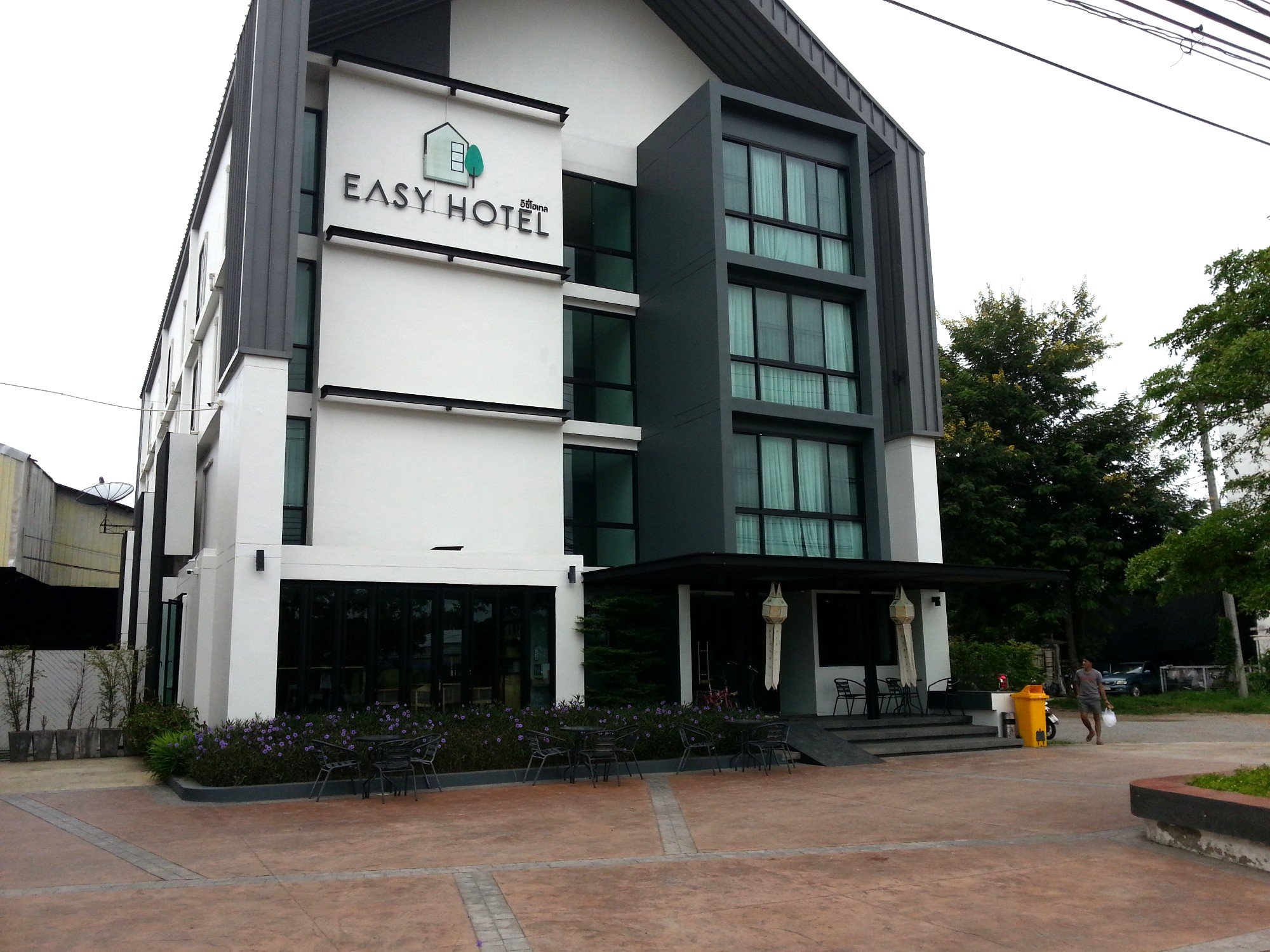 The Easy Hotel is located a short distance away from the historic town centre. The hotel is 900 metres walking distance from Lamphun’s main tourist attraction, Wat Phra That Hariphunchai. There are two walking route from the hotel into the town centre, one via back roads through a small residential area and over a bridge with a market on it, and another via the main road which is a better choice when it gets dark.

In terms of the room quality and the simple complimentary breakfast the Easy Hotel is good value for money at a standard price of 650 THB per night booked online. You can find cheaper rooms in Lamphun, but not cheaper and better rooms.

Rooms at the Easy Hotel

The rooms at Easy Hotel are all twin rooms. Many of the guests are people travelling in groups so rooms with two single beds are what most of the type of customers this hotel attracts are after. For someone travelling on their own the extra bed is somewhere to place their clothes and other possessions for convenience. The rooms are a standard 20 sqm which is big enough for two people to comfortably share a room. 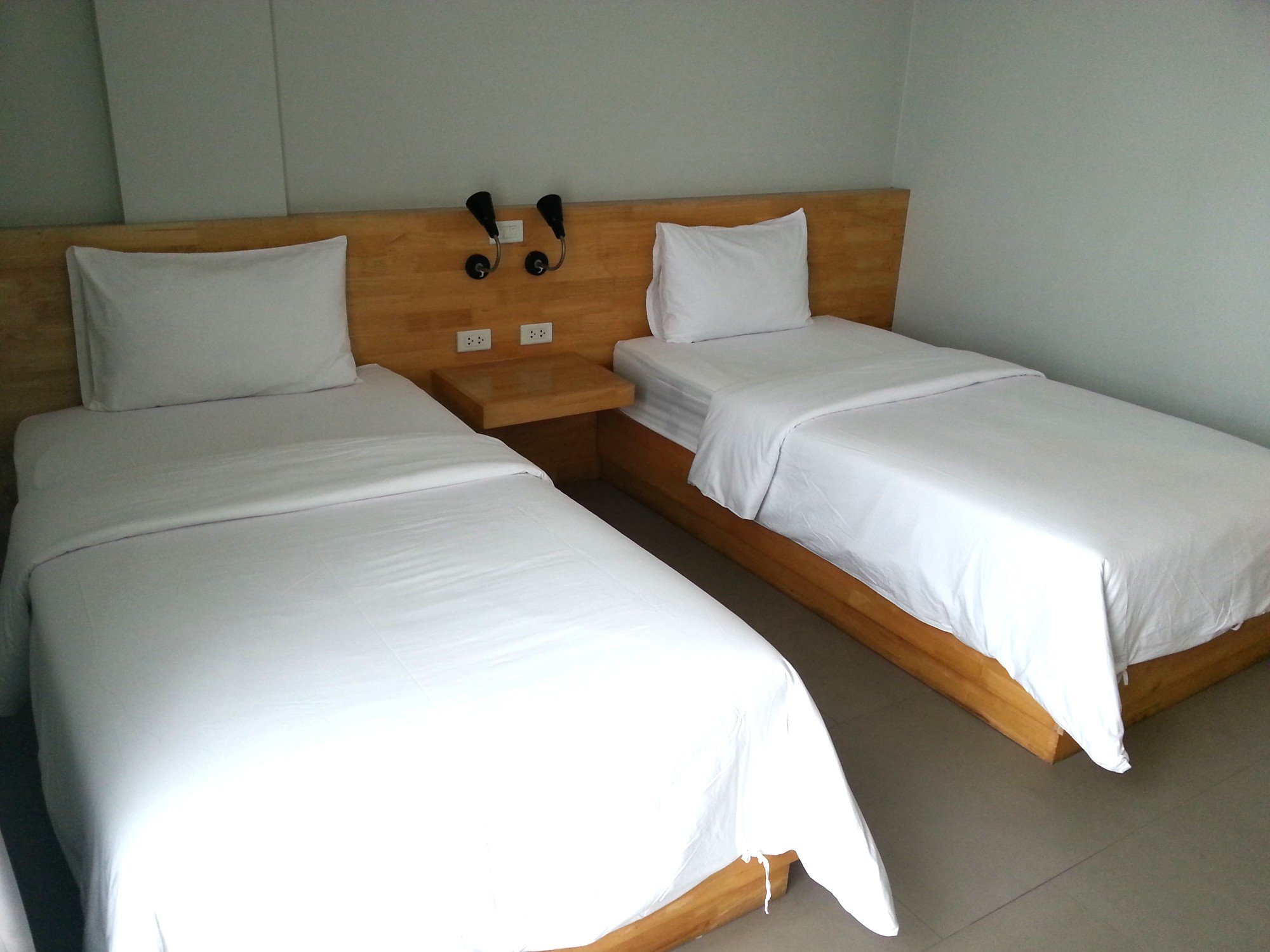 Beds at the Easy Hotel

The beds at the Easy Hotel are soft and comfortable. The bed side lights and electric sockets are also useful as most modern travellers have electronic equipment like smart phones and laptops which need regular recharging. 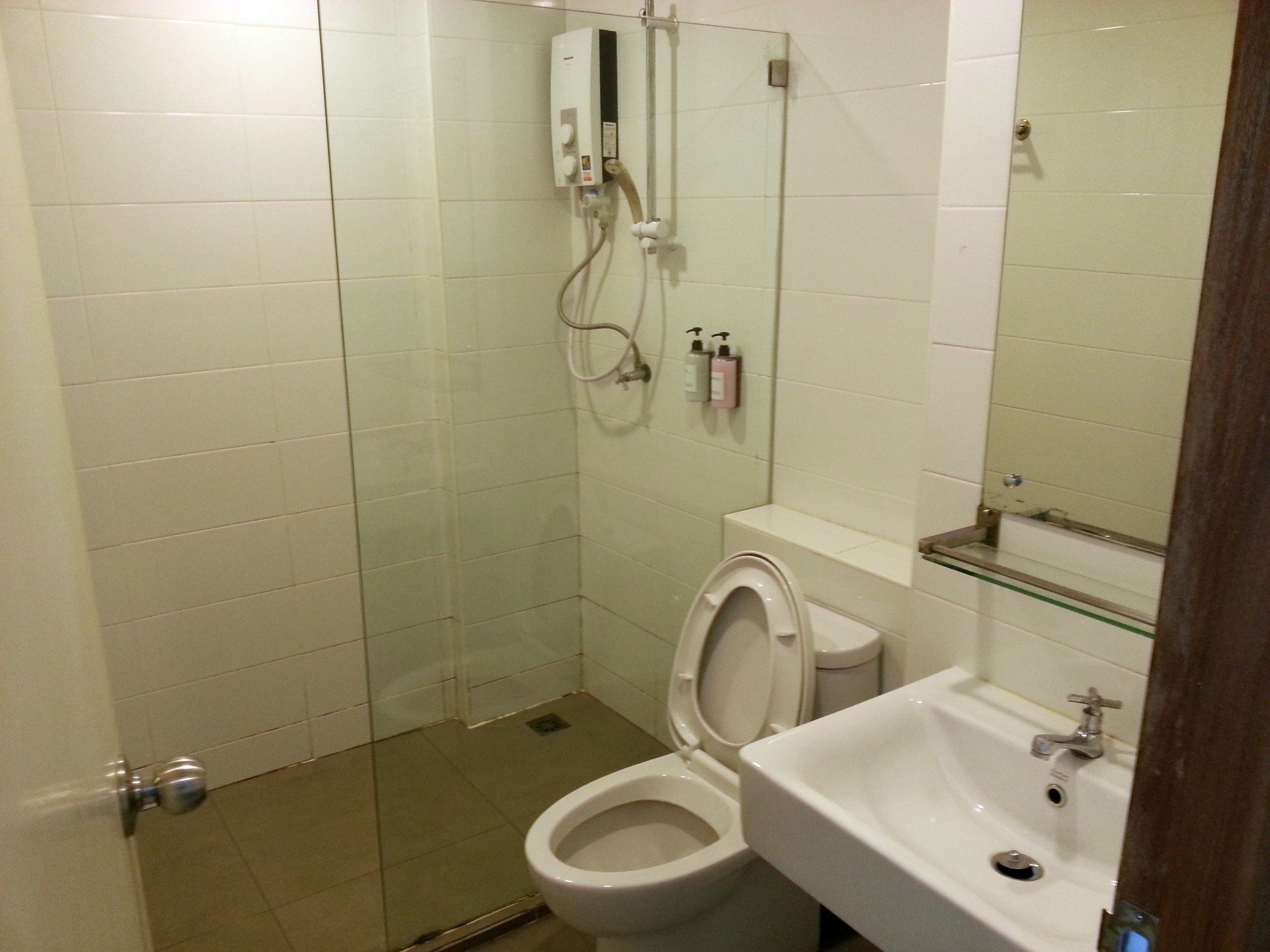 Bathroom at the Easy Hotel

The bathrooms at the Easy Hotel are very good. They come with complimentary toiletries and a separate shower cubicle. They were also very clean when we stayed in August 2019.

Facilities at the Silayok Grand Hotel

The room facilities at the Easy Hotel are good. There are fridges, hairdryers, a long desk and chair, and flat screen TV. The two things which the rooms did not have that we would have liked to have had were a kettle and some English language channels on the TV. 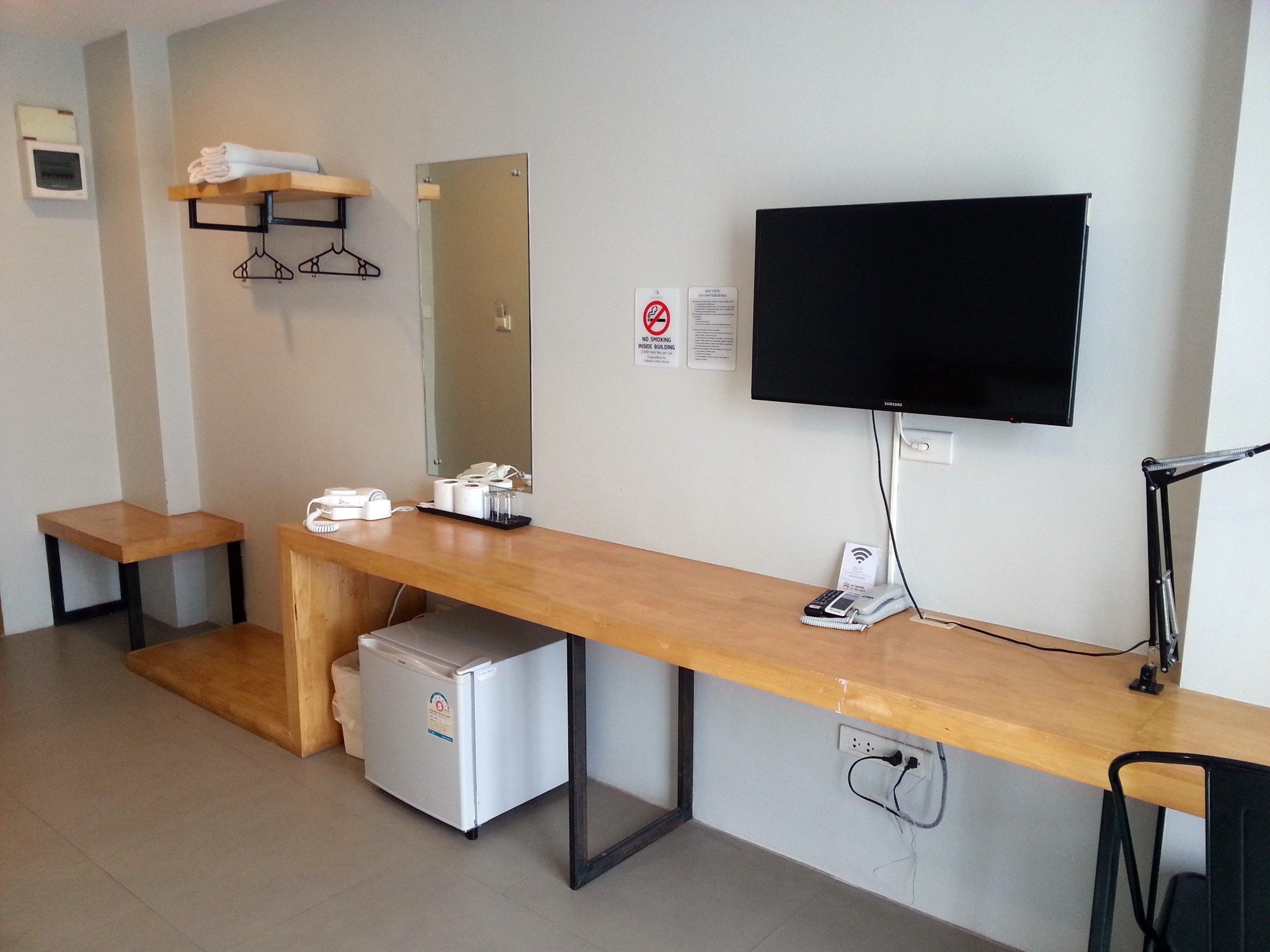 Room facilities at the Easy Hotel

The Easy Hotel offer free WiFi but it wasn’t very good in the rooms where we stayed. If you need a good WiFi signal in the room you may need to ask to change rooms to one which is closer to the WiFi router. 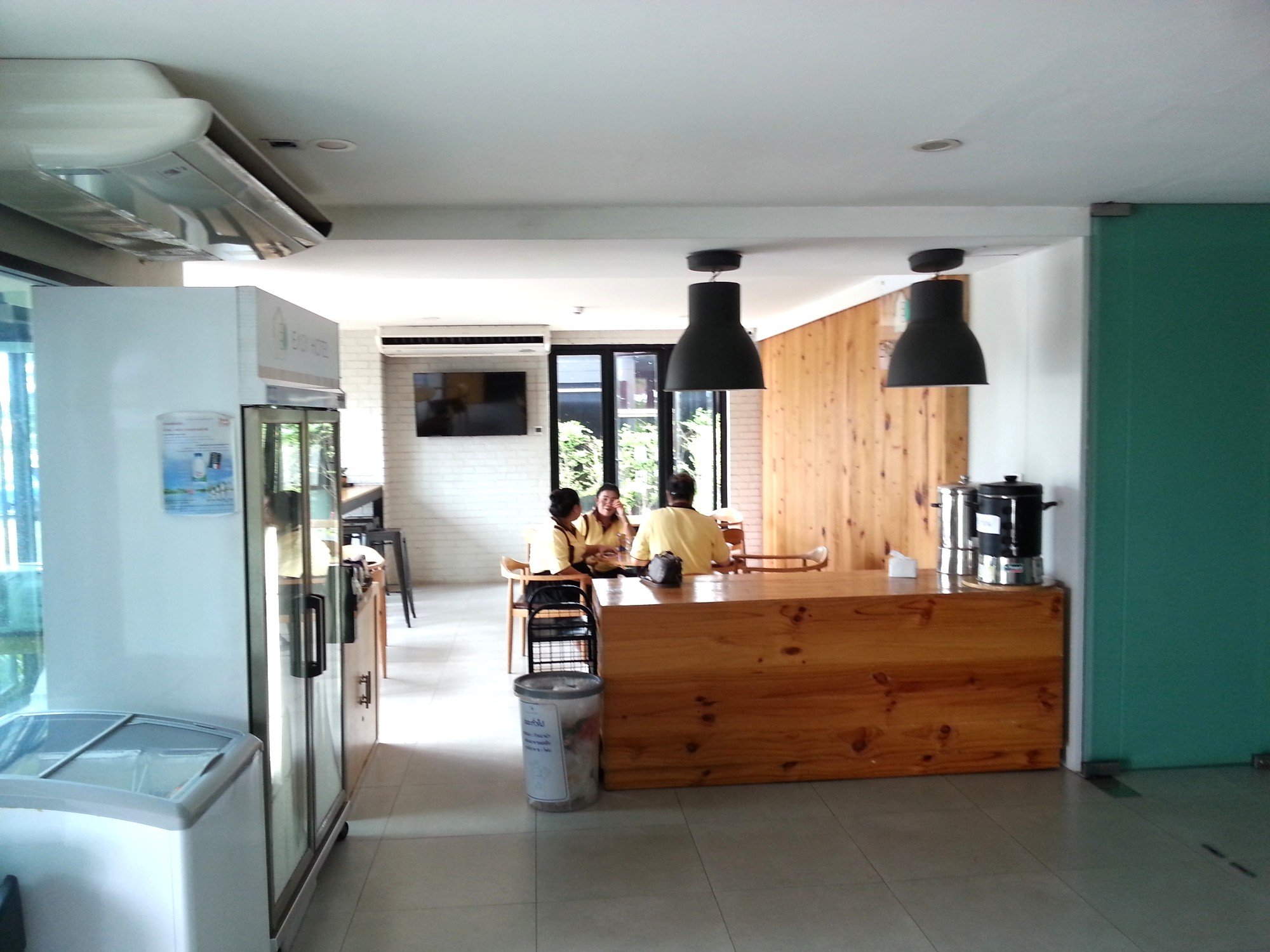 Breakfast area at the Easy Hotel

The Easy Hotel has a small seating area with a water heater and fridges with drinks on the ground floor by the check in desk. There are also some tables and chairs in front if the hotel for smokers. Smoking is strictly prohibited everywhere in the hotel. The complimentary breakfast is served from 07:00 to 09:00 and consists of tea and coffee, toast, and a small variety of Thai sweets, which are the best part of the breakfast if you like Thai sweets.

Location of the Easy Hotel

Next see Train times from Bangkok to Lamphun