Can I travel direct from Hat Yai Airport to Satun if my flight arrives at 19.35?

Hi my plane gets into Hat Yai airport at 19.35 pm. Would it be possible to go straight to Satun the same evening? I know most buses and vans go earlier in the day but was hoping to get there the same evening to get the early ferry to Langkawi. If not, what’s the cheapest way of getting from the airport to Hat Yai Centre and where is the best place to get a van or bus from the Centre in the morning out to Satun ferry? Thanks

In order to travel by ferry to Langkawi you need to first travel to Koh Lipe. Ferry and speedboat services to Langkawi all depart from the floating platform moored off Koh Lipe. Unfortunately, if arrive at Hat Yai Airport at 19.35 in the evening it will be too late for you to take public transport to either Satun or Pak Bara Pier, which is where ferries and speedboats to Koh Lipe depart from.

Best Option for Travel to Langkawi

Your best option is to spend the night in Hat Yai and then travel to Langkawi the next day. We have considered the timing of the ferries from Pak Bara Pier and we do not think it would be possible for you to reach Koh Lipe in time for either of morning departures to Langkawi even if you took a taxi all the way from Hat Yai Airport to Satun the same evening (which will cost you 1,500 to 2,000 THB). For an easy journey from  the following day book a direct service Hat Yai to Langkawi which includes a minivan to the pier, the ferry over to Koh Lipe, and the ferry from Koh Lipe to Langkawi in the some ticket which currently costs 1,990 THB per person booked online, and departs from Hat Yai Railway Station which is in the centre of Hat Yai City.

Ferry and Speed Boat Times from Koh Lipe to Langkawi

There are three ways to travel from Hat Yai Airport to Hat Yai City centre: 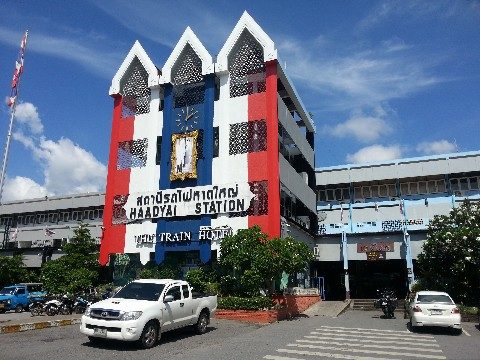 The best place to stay in Hat Yai is near to the train station which is also the liveliest part of Hat Yai City with the best range of hotels, restaurants and shops.